She’s the model and Myer ambassador who spends most of her free time at the beach in Byron Bay.

But Elyse Knowles was back in her home city of Melbourne on Thursday for the Australian Open Inspirational Lunch at The Glasshouse.

She swapped her usual glamorous style for a safari-inspired, collared dress in beige, which buttoned all the way up.

The boxy knee-length frock was cinched at the waist with a matching material belt, highlighting Elyse’s slender figure.

She allowed her blonde locks fall past her shoulders, and her makeup consisted of a dark nude lip and natural-toned eyeshadow.

Elyse accessorised her look with a black Chanel purse, which she carried over her shoulder. 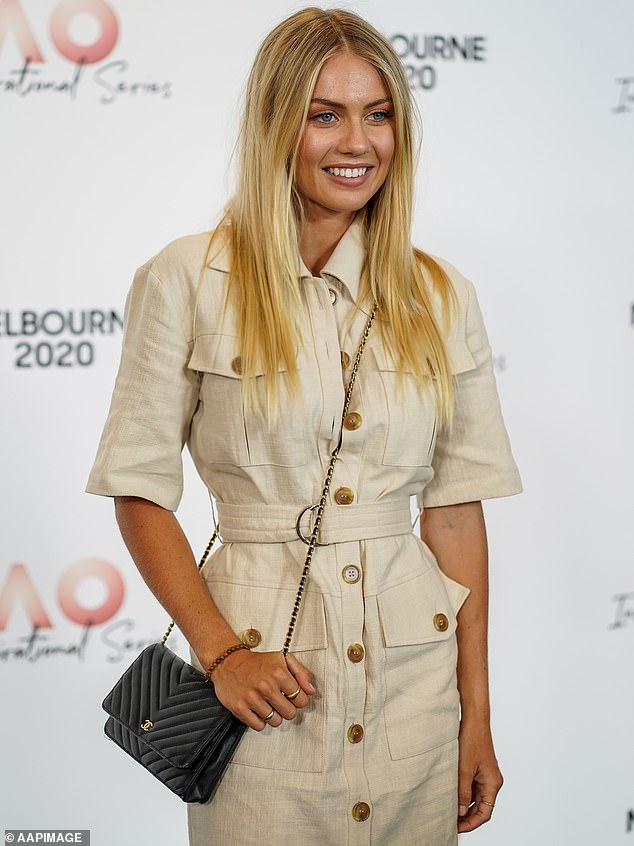 The 27-year-old blonde bombshell styled a safari-inspired, beige collared dress, which buttoned all the way up. The otherwise boxy dress was cinched in the waist by a matching material belt, giving Elyse an hourglass figure

She was joined at the event by her father, Stuart, who dressed casually in a grey button-up shirt and brown pants.

Back in August, Stuart spoke about the early days of his daughter’s modelling career.

He told Stellar that things hadn’t always been smooth sailing for Elyse, who encountered many obstacles in her path to fame and fortune. 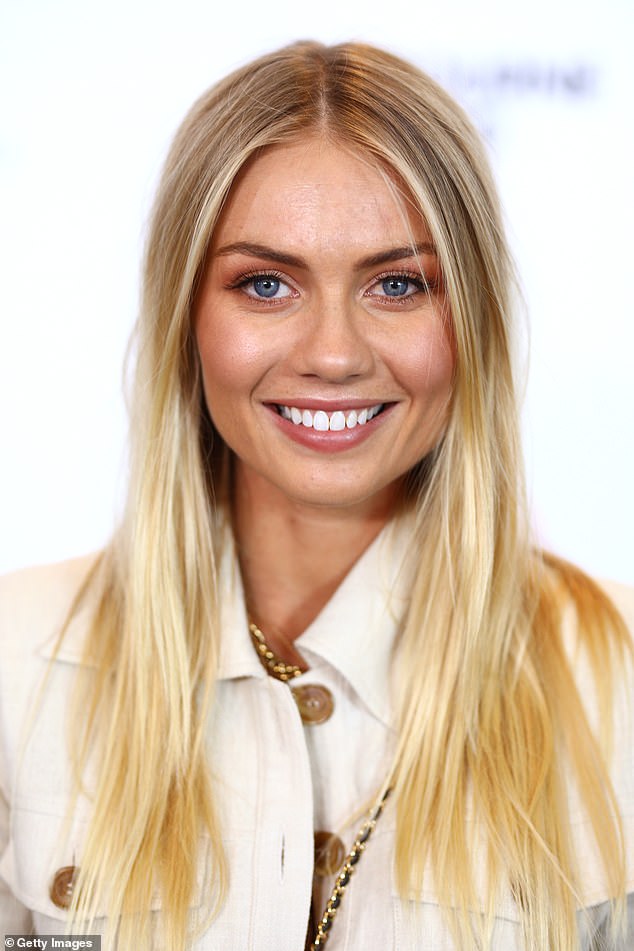 ‘She started out very young and, like anyone in the industry, had her fair share of knock-backs along the way,’ he said.

‘At times she came home in tears, and she’s persevered and worked very hard for a long time.’

Reflecting on Elyse’s upbringing, Stuart said that he would always try to instill her with good values from an early age. 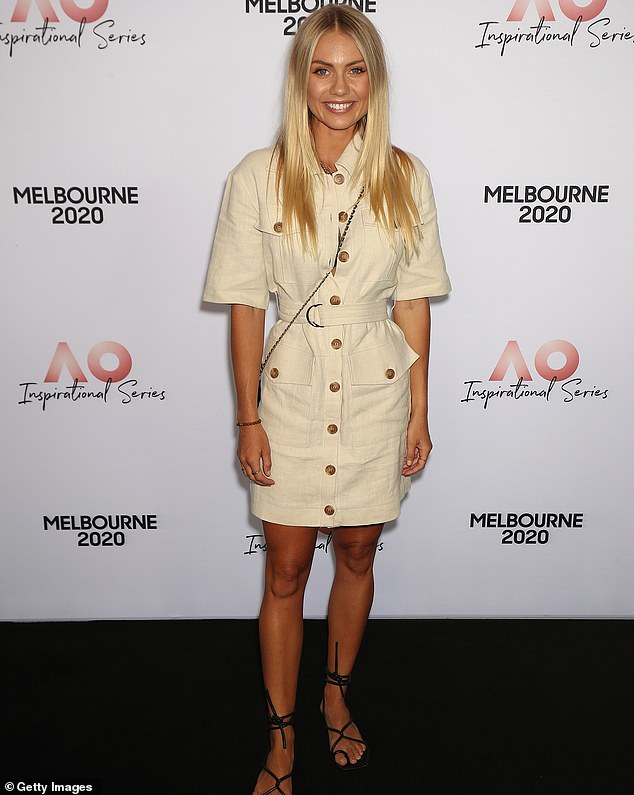 He explained: ‘I think one of the traits I tried to teach her – without directly saying it – was to treat others as you would like to be treated.’

In addition to her modelling career, Elyse is a property developer who won the 2017 season of The Block with her boyfriend, Josh Barker.

She is also an ambassador for Aveda Haircare, Seafolly, and Davidoff Cool Water. 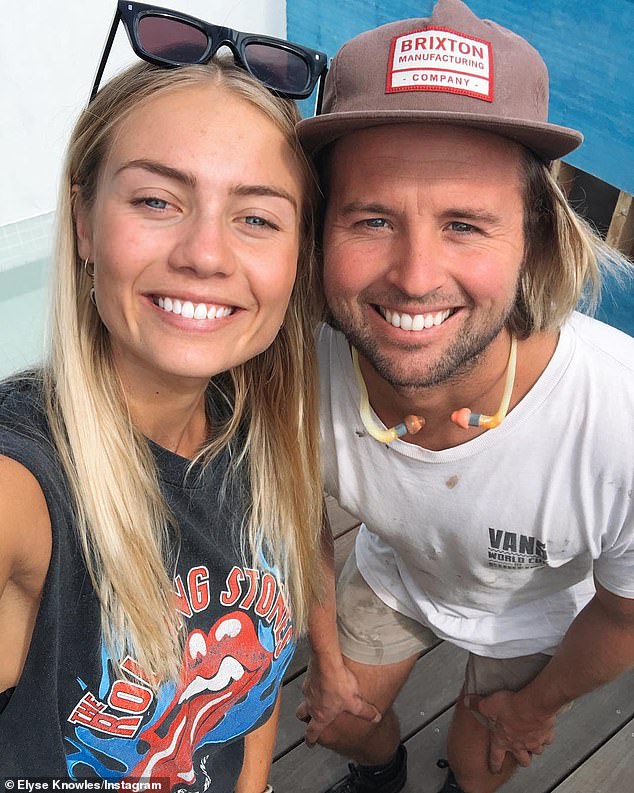 Cute couple: As well as being a Myer ambassador, Elyse and her boyfriend Josh Barker (pictured) won The Block in 2017