Model and mother Emily Ratajkowski has called out body shaming practices in Australia after the Foxtel CEO called Game of Thrones star Emilia Clarke a ‘short and dumpy girl’ and a female NRL player was labelled a ‘man’ because of her muscles.

The 31-year-old, who will be headlining virtual and in-person body positivity event BODfest on October 8, said she ‘wasn’t surprised at all’ to hear the comments about two young women made in the media this month.

Foxtel CEO Patrick Delany made the controversial comments about Emilia Clarke last Tuesday during a speech at the Sydney premiere of HBO’s highly-anticipated series House of the Dragon and three-time NRLW premiership player Julia Robinson read the hurtful comments in a Facebook thread.

‘I kind of feel awful saying this. But I think the truth is that it doesn’t surprise me at all,’ Emily said in the latest issue of Elle and Marie Claire. 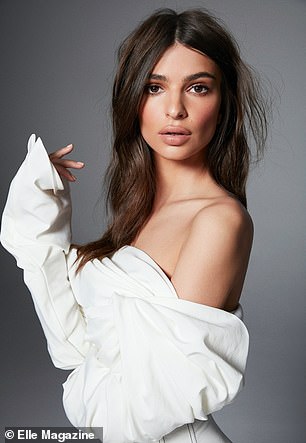 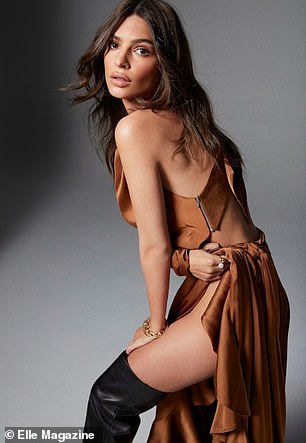 ‘I kind of feel awful saying this. But I think the truth is that it doesn’t surprise me at all,’ Emily said in the latest issue of Elle and Marie Claire

‘I think so much of women’s value, whether you’re an actress or an athlete, or even work in a field where your body isn’t necessarily supposed to be a part of your job, your body and your image around your body is still a huge part of who you are, and how the world values women.

‘And I think we see that with social media. You know, you can be any age, any profession, and you’re thinking about your body image.

‘I think that’s how we consume media as well. I think that as a culture, we’re looking at bodies, and we’re judging them. And that’s part of the intrigue of social media.

‘It’s awful that that’s true. I think it’s pretty shocking that people are still in a place where they don’t catch themselves and realise what they’re saying and what they’re playing into.

‘Unfortunately, I just think that we have to have a really large cultural shift about what we value with women specifically, and the way we think of their bodies, not as objects, but as a part of a much larger person and whole. I think until that happens, we’re going to continue to see comments like that forever.’

Emily, who is mother to one-year-old Sylvester Apollo Bear, said she will introduce her son to sexism and justice from a young age, to ensure he’s informed. 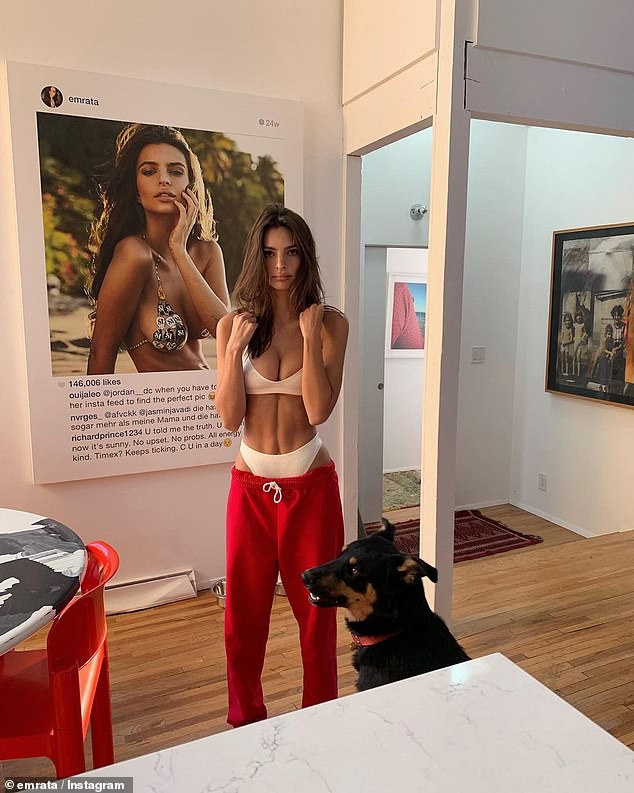 ‘You can start talking about sexism and power at a very early, and introduce him to prejudice and, what those things are, what justice is, and what your position is in the world as a white boy, and how you help those or consider other people who don’t have the same kind of power and privilege that you do,’ she said.

‘But I ultimately just really believe that it comes down to teaching your child ethics.’

In her latest interview Emily admitted that she prefers TikTok to Instagram because it allows users to show more of their ‘unfiltered personality’.

‘Obviously, social media is incredibly toxic. Instagram was all curation and all glossy images, even when they were meant to present us something else. It’s really complicated,’ she said.

‘But at the same time, it was kind of the first place that I was able to decide what I wanted to put out into the world. 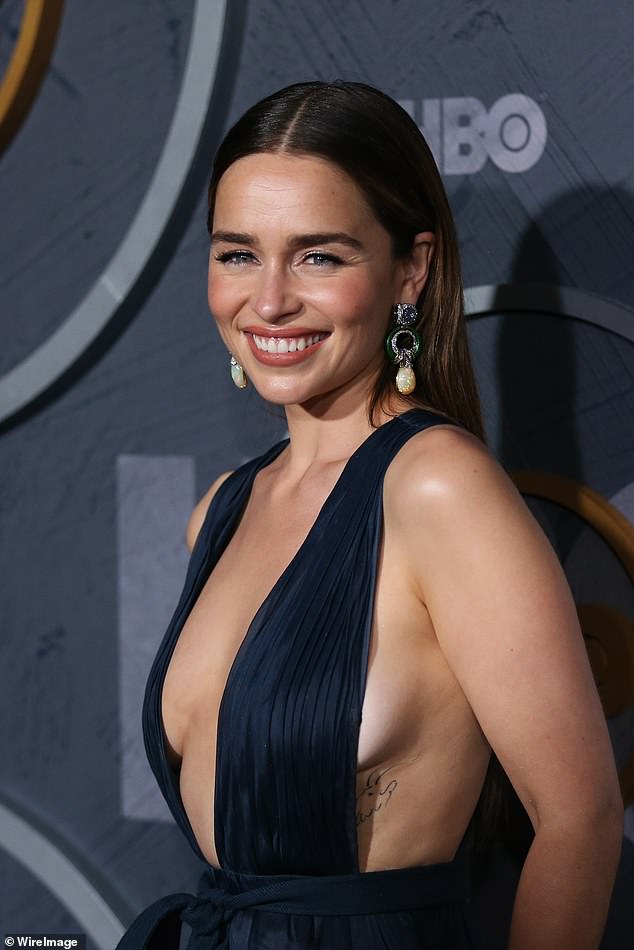 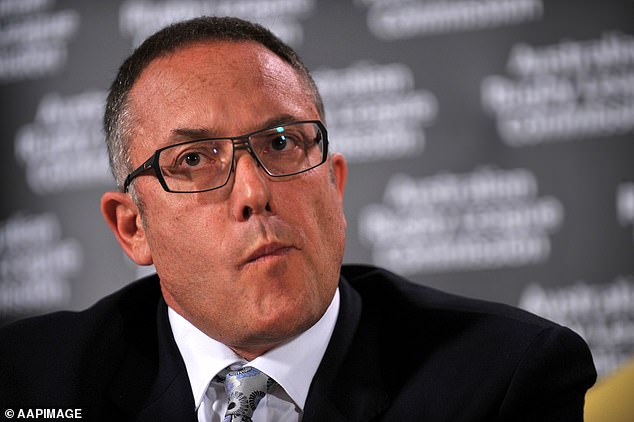 Mr Delany, one of News Corp’s highest executives, made the controversial comments on Tuesday night during a speech at the Sydney premiere of HBO’s highly-anticipated series House of the Dragon

‘I’m very grateful for Instagram and also understand how complicated it is for women in particular, because it’s not easy to kind of be inundated with all these images and being sold again the same thing that we’re talking about with the modelling industry: you’re being sold an idea of beauty.

The boss of Foxtel’s comments about Emilia Clarke came about when he informed audiences at a premiere event that he was behind the eight-ball when it came to watching the monumentally popular drama Game of Thrones, in which Clarke stars as Daenerys Targaryen.

‘I was like, “What’s this show with the short, dumpy girl walking into the fire?”‘ he said according to Crikey while recalling the famous scene in season one where Daenerys steps inside a burning temple.

‘There was a bit of a gasp’ according to an attendee after Delany made the comment while another said the crowd was ‘obviously shocked’. 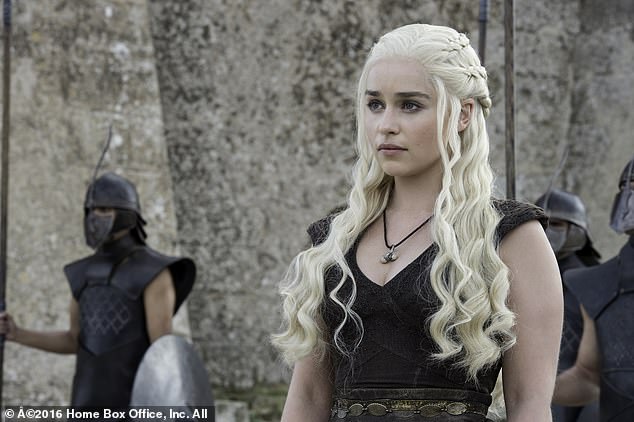 Delany admitted he was behind the eight-ball when it came to watching the monumentally popular drama Game of Thrones, in which Emilia stars as Daenerys Targaryen (pictured in character)

Foxtel has since issued a grovelling apology on behalf of Delany (pictured, right, with Rob Collins, left), who has been CEO of the Australian subscription television company since January 2018

Foxtel, owned by News Corp, has since issued a grovelling apology on behalf of Delany, who has been CEO and one of the company’s top executives since January 2018.

‘The aim was to convey that for him, Games of Thrones was something very different for television in 2011 and that Emilia Clarke went from relatively unknown to one of the most recognised and most-loved actors in television and film,’ a spokesperson said on Wednesday.

‘On behalf of Mr Delany, the Foxtel Group apologises if his remarks were misunderstood and caused any offence.’

Meanwhile Julia Robinson hit out at keyboard warriors after receiving vile abuse for her ripped physique on social media.

The 24-year-old Broncos and Queensland star featured in a since-deleted post on the Brisbane Broncos’ Facebook page that showed the toned footy player training hard ahead of the season opener. 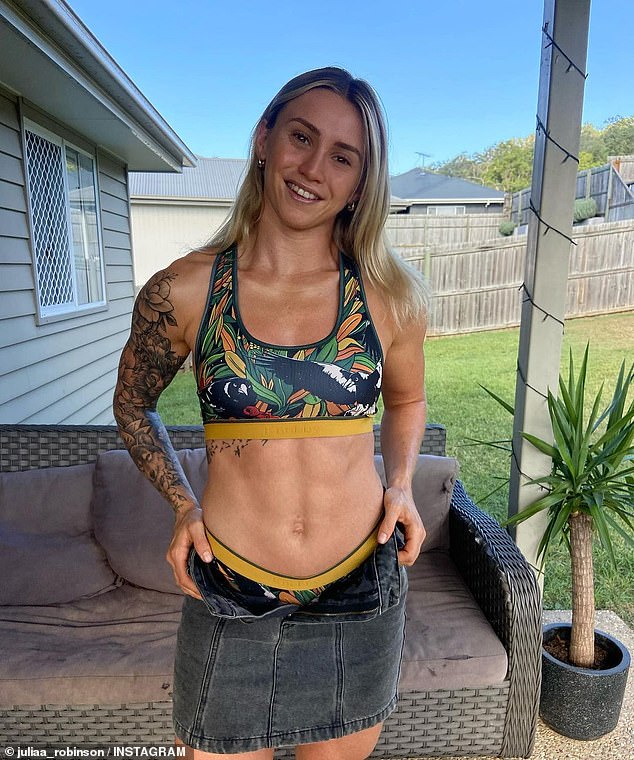 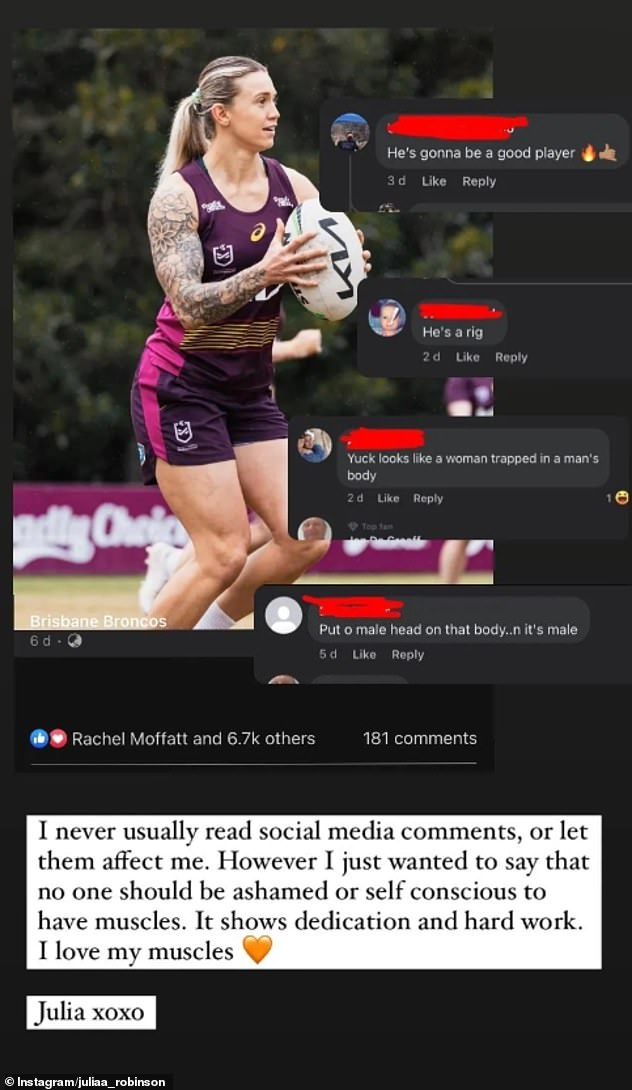 The sexist comments had one common theme: they insinuated she was a man.

It didn’t appear to rattle her, but Robinson was determined to call out the vulgar insults.

‘I never usually read social media comments, or let them affect me however I just wanted to say that no one should be ashamed or self-conscious to have muscles,’ Robinson posted on her Instagram story.

‘It shows dedication and hard work. I love my muscles. Julia xoxo.’

The response was below a screenshot of some of the worst comments which included statements like: ‘He’s gonna be a good player’, while another wrote ‘he’s a rig’.

Another pair of comments included one troll writing Robinson ‘looks like a woman trapped in a man’s body’, while another wrote: ‘put a male head on that body and it’s a male’.

BODfest will be held in Sydney’s Paddington Town Hall on October 8 and aims to celebrate women that turn up the volume on body positivity, a social movement advocating to embrace and accept all definitions of beauty and body standards.