She’s the controversial radio host who was accused of  creating a ‘toxic’ workplace that led to several 2Day FM staff quitting.

And now, claims have emerged that Em Rusciano may also be the reason for limited celebrity interviews at her network, after she controversially broke an embargo in order to air a Boy George interview.

An industry insider exclusively told Daily Mail Australia on Wednesday that many publicists were hesitant to offer Em any exclusive or early-access opportunities after seeing the way she publicly handled an interview with The Voice coach in 2017.

EXCLUSIVE: ‘Em has shown a callous disregard for being able to follow the rules’: Publicist claims Rusciano (left) hinders 2Day FM’s access to celebrities after she controversially broke an embargo to air a Boy George (right) interview in 2017

‘It makes it difficult to justify any exclusive opportunities for the show, when Em has previously shown a callous disregard for being able to follow the rules that everyone else – including her higher rating rivals – abide by,’ the source said.

In March last year,  Em criticised Channel Nine when a publicist asked 2Day FM not to broadcast the segment with The Voice Australia judge until closer to the show’s airdate.

She explained: ‘After the interview we got told, “You can’t play it until the first week of April”. I said, “Who said so?” And (my producers) said, “Channel Nine.”

‘I said, “No, Channel Nine don’t get to tell us when to play interviews”.’

When suggestions were raised that the Nine employee’s job may be put in jeopardy if Em broke the embargo, the comedian appeared unconcerned.

‘If Channel Nine fire you over me going rogue now, I’ll hire you. They will not fire you and if they do they are idiots.’

A Nine spokesperson told The Daily Telegraph after the tirade: ‘It is disappointing to have this unreasonable reaction and personal attack on one of our staff over this interview.’ 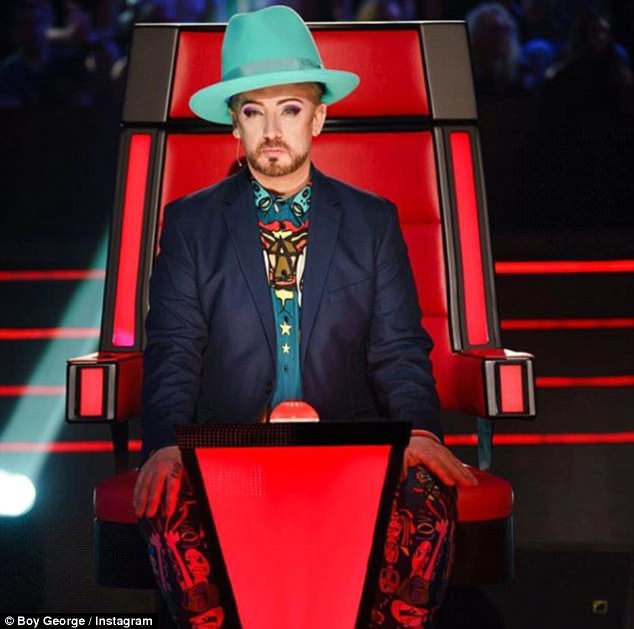 No more  celebrities? At the time, Em also suggested the TV network may deny 2DayFM access to talent after breaching the conditions of the Boy George interview

At the time, Em also suggested the TV network may deny 2DayFM access to talent after breaching the conditions of the Boy George interview.

‘And then don’t say, “If you play, it we won’t give you our Channel Nine celebrities.” Oh, I’m so sad Karl Stefanovic won’t come on!’ she ranted.

‘I don’t care if we never interview another celebrity ever again. I don’t give a s**t, that’s not what you come to our show for. Everyone go to Kyle and Jackie O’. 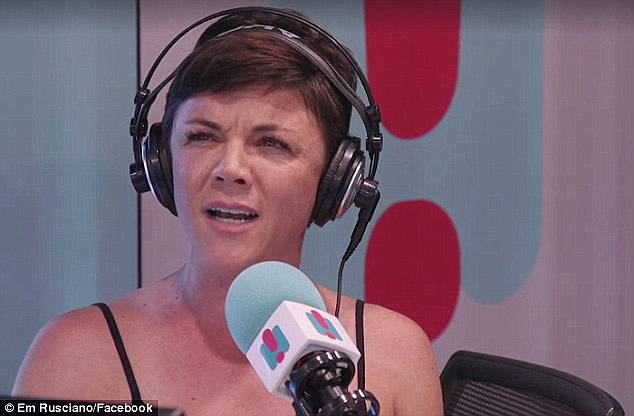 Toxic? Reports have emerged that the radio host creates a ‘toxic environment’ at 2DayFM

Em came under fire on Wednesday when The Daily Telegraph reported tensions were at breaking point at the radio network  after an insider claimed that people just ‘can’t work’ with host.

‘Things are at breaking point, people just cannot work with her [Em’s] energy. There have been… casualties at the hands of Em Rusciano,’ the source said, claiming several staff members had quit or were looking for employment elsewhere.

The insider added: ‘The audio producer is now working on another show, the publicist is refusing to work with her and one of the producers has told the company that they are looking for other work.’ 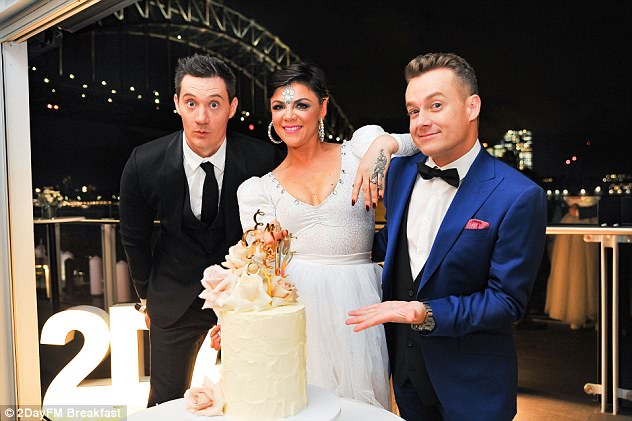 Is tension brewing? Em spoke out last week about new co-hosts Ed Kavalee and Grant Den­yer being brought onto ‘her show’ during a ‘hectic’ switch-up

Talking to Wil Anderson on his podcast last week, Em expressed her frustrations at the radio station after Harley’s replacements were appointed. 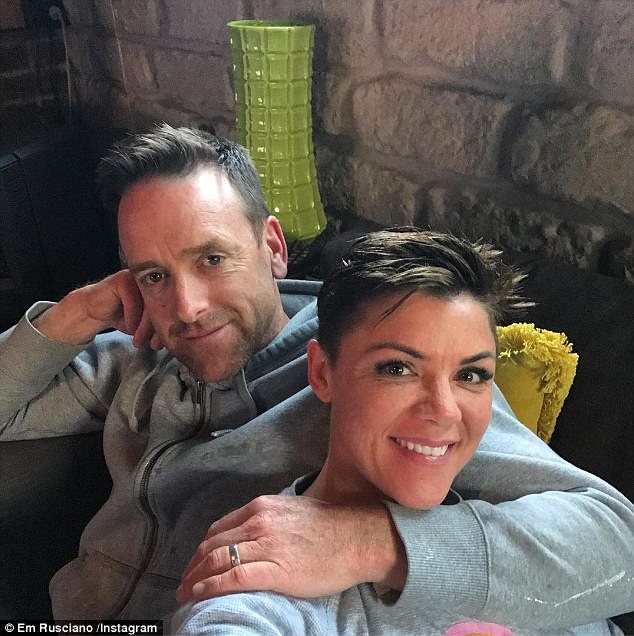 ‘People just cannot work with her’: An insider alleged that people were leaving 2Day FM – after her previous co-host Harley Breen departed the show last November