By Deputy Political Editor For The Daily Mail

Emergency border exercises will take place at ports and airports next month to see how they would cope with a no-deal Brexit.

Fake passengers and even lorries of sheep could be used in the practice runs to test Border Force computer systems and staff.

Ministers were told of the plans as part of a Cabinet meeting last week where they agreed to ramp up preparations for the possibility of leaving the EU in March without an agreement.

Fake passengers and even lorries of sheep could be used as part of the emergency border exercises testing Border Force computer systems and staff. (Stock image)

Chancellor Philip Hammond is also looking at slashing business rates in the event of no deal, the Sunday Times reported.

Corporation tax is set at 19 per cent and under existing plans is set to fall to 17 per cent by 2020.

It is claimed Mr Hammond could cut it even further so the country remains an attractive place to do business.

At the Tory conference in October, Mr Hammond said he was maintaining ‘fiscal firepower to support our economy’ if there is no deal. 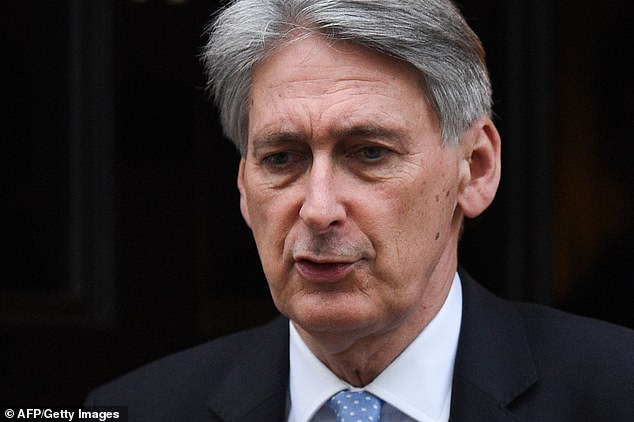 Last January, he suggested to German newspaper Die Welt that the UK could change its ‘economic model’, leading to claims he wanted to turn the country into a low-tax, low-regulation ‘Singapore-on-Thames’.

Mr Hammond said: ‘We could suffer from economic damage at least in the short-term.