Emergency services rush to large explosion at warehouse near Bristol

A major explosion has occured in a ‘chemical tank’ at a sewge treatment works near Bristol has left several people injured, emergency services have said.

Avon Fire and Rescue Service says there has been a number of ‘casulties’ following the ‘serious incident’ at Wessex Water’s water recycling centre in Avonmouth.

Police said a major incident was declared and a rescue operation was launched by the fire service after the explosion around 11am led to a ‘number of casualties’ at the industrial area on King Weston Lane. 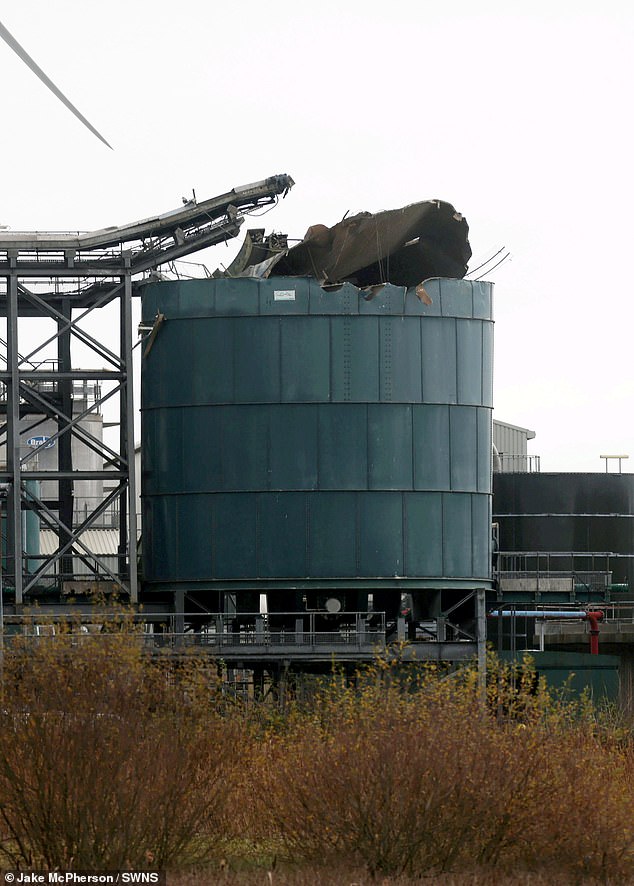 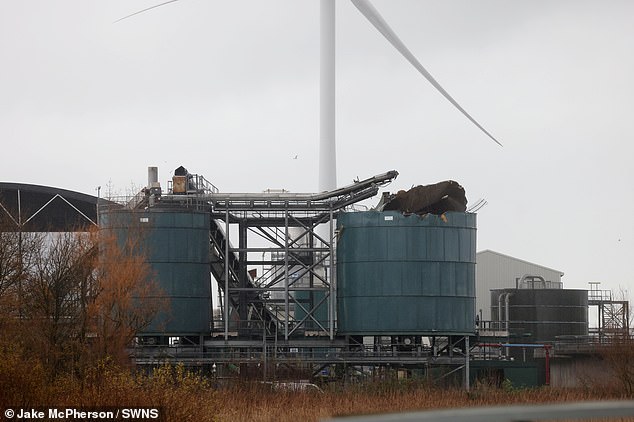 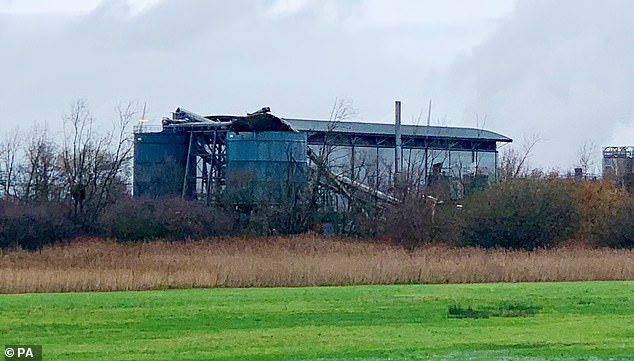 Chief Inspector Mark Runacres said: ‘Officers remain at the scene and are likely to be for some time as we work together with other agencies in dealing with this major incident.

‘A cordon has been set up and we’d advise members of the public to avoid the area at this time where possible to allow the emergency services to carry out their work.

‘Police enquiries into exactly what happened are at a very early stage and are continuing.’

Home Secretary Priti Patel said she was ‘deeply concerned’ at news of the explosion.

She wrote on Twitter: ‘Deeply concerned at reports of a warehouse explosion in Avonmouth.

‘My thoughts are with those affected and our brave emergency services working hard to resolve this incident.’

An exploded oxygen tank has been suggested as one possible cause at the scene, but this is unconfirmed.

Eye-witnesses reported a ‘loud bang’ while others recalled seeing emergency services rushing to the warehouse. 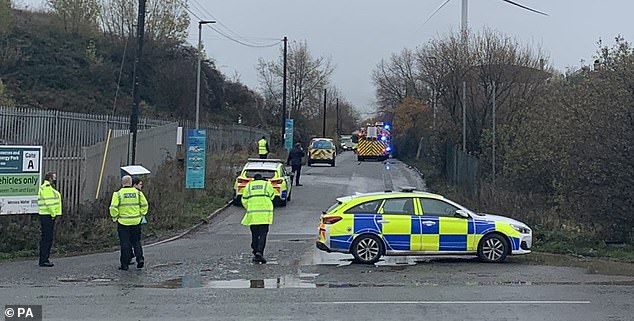 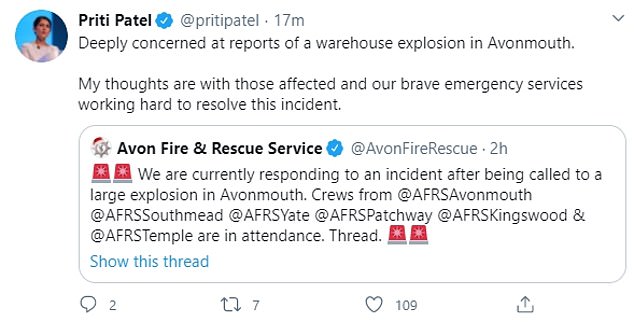 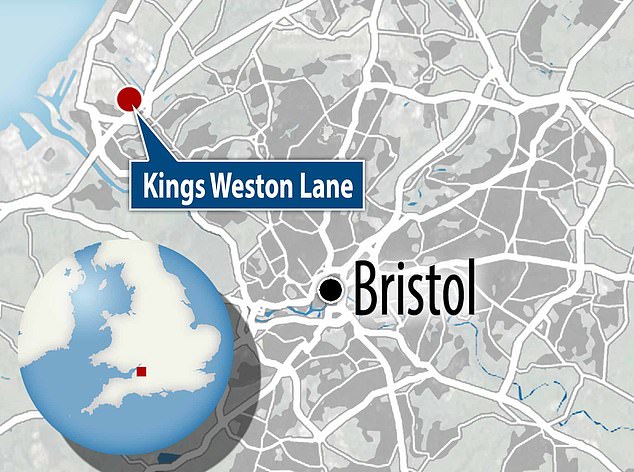 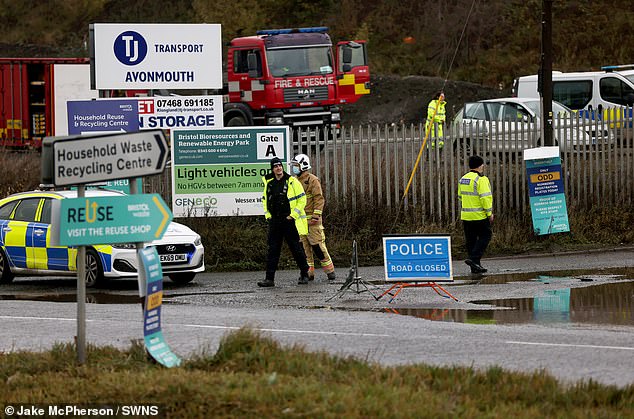 One said they saw ‘at least ten ambulances’ along with police and fire crews heading to the scene, reports Bristol Live.

Witness Jawad Burhan took a photo showing a tank that had exploded after the blast.

He said there was a ‘helicopter looking for missing people’ and police had closed a nearby road leading up to the building.

‘I heard the sound, I’m working beside the building in another warehouse. After ten minutes I saw the helicopter coming and the police,’ he said.

A statement from Avon and Somerset  Police said: ‘A major incident has been declared following a large explosion at a site in Avonmouth.

‘The fire service, police and ambulance service were called at approximately 11.20am this morning (Wednesday 3 December) to a site off Kings Weston Lane.

‘An explosion is believed to have occurred involving one of the chemical tanks at Wessex Water’s Bristol water recycling centre.

‘A rescue operation was subsequently led by the fire service, involving five appliances and two turntable crews and we can confirm there have been a number of casualties.

‘A full investigation into the incident will be conducted.’ 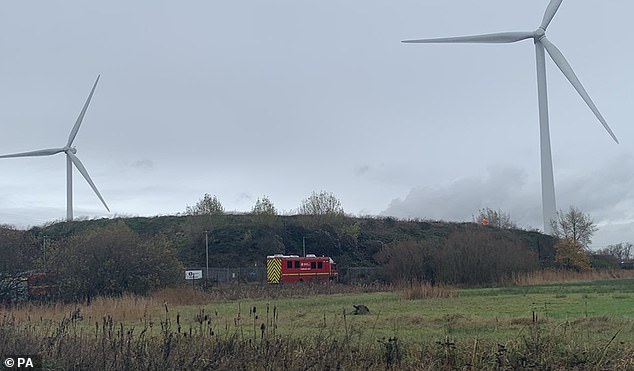 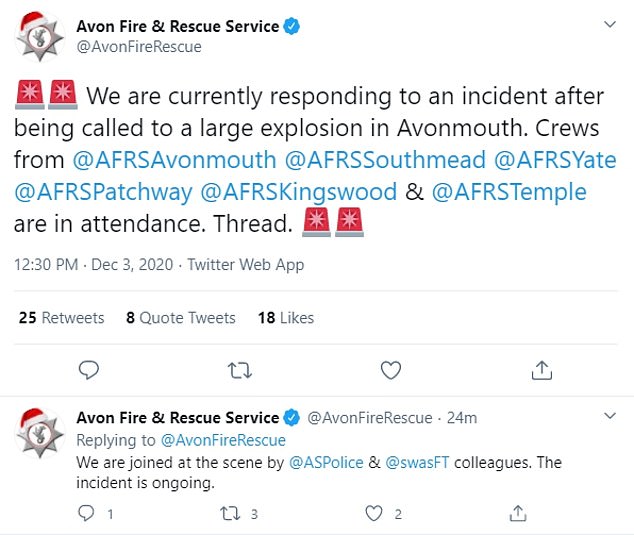 The fire service was called at 11.22am and has confirmed there have been ‘casualties’ as a result of the incident.

A spokesperson said: ‘We can confirm that there are multiple casualties on site.’

They added: ‘We have been called to a large explosion at 11:22 in a warehouse in Avonmouth.

Fires from the scene of the explosion (pictured on a Highways England Traffic camera) which took place this morning around 11am on King Weston Lane have been put out, said a fire service spokesperson 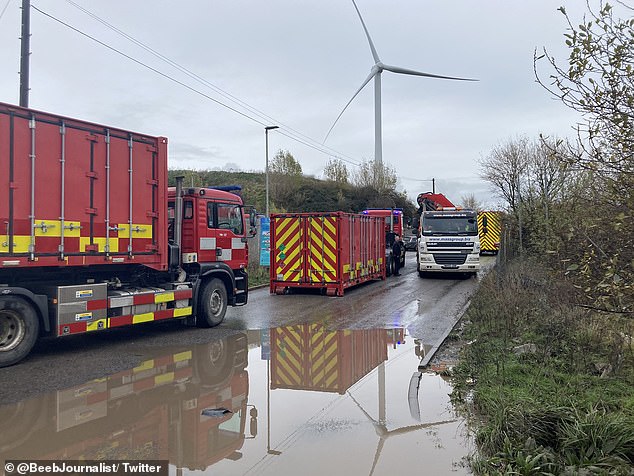 ‘We are joined by Avon and Somerset Police and Ambulance on site. The incident is ongoing.’

The fire service said they were aware of ‘casualties’ but could not say how many people had been injured in the incident.

‘We sent multiple resources to the scene, including land air and other specialist paramedic teams.

Bristol Waste, which run the nearby Avonmouth recycling centre, tweeted that it had closed the site temporarily.