PSG performed well at the Bernabeu on Wednesday and looked the more likely winners until late goals from Cristiano Ronaldo and Marcelo earned the La Liga champions a 3-1 victory ahead of next month’s second leg.

Head coach Emery, whose Ligue 1 leaders host Strasbourg at the Parc des Princes on Saturday, believes the last-16 tie is far from over.

‘The team had a good match on Wednesday but, in football, it’s sometimes like that,’ the Spaniard told psg.fr.

‘You can be better than your opponent for most of the game, but not succeed in taking your chances.

‘They managed to score from their opportunities.

‘I am convinced that we can go for qualification.

‘I’m happy with the work of my players, even if we did not get the desired result.

‘We will be more effective in the second leg.’

PSG hold a healthy 12-point lead over reigning champions Monaco as they attempt to reclaim the French title.

They face three important league games before Real travel to Paris for the return game on March 6, as well as a Coupe de France quarter-final clash with bitter rivals Marseille. 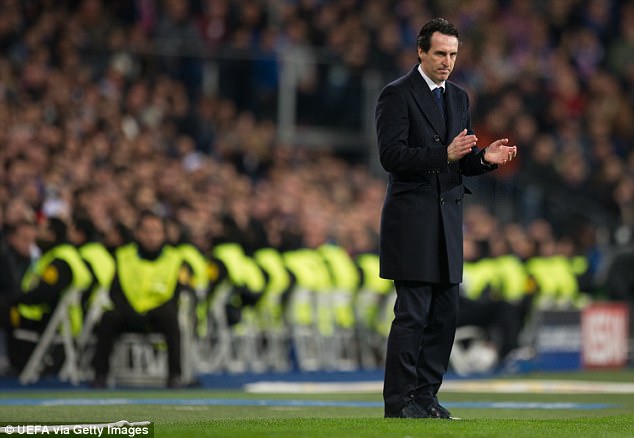 Emery feels his players need to forget about European competition for the time being and focus on preparing for a Strasbourg team who inflicted one of their two league defeats this season, a 2-1 loss back in early December.

‘The most important thing is to prepare for Saturday’s match against Strasbourg, to get the victory in front of our supporters,’ he added.

‘We will have a lot of respect for this opponent.

‘They managed to beat us in the first game.

‘The most important thing is that the players are ready for this match.’ 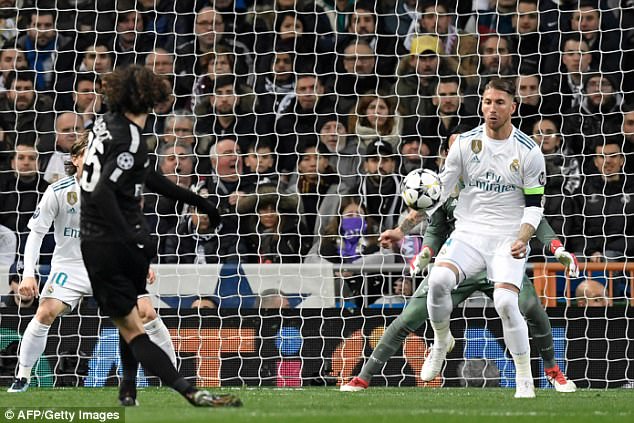 Formidable PSG have a 100 per cent home record in the league, with 12 wins from as many games.

They will be forced to make at least two changes from the side which started against Real as creative Italy midfielder Marco Verratti and France forward Kylian Mbappe are suspended, along with back-up goalkeeper Kevin Trapp.

Opponents Strasbourg responded to back-to-back defeats with a 2-1 victory at home to struggling Troyes last weekend to give them a five-point cushion on the bottom three.

Midfielder Anthony Goncalves believes his team must travel to the capital without fear. 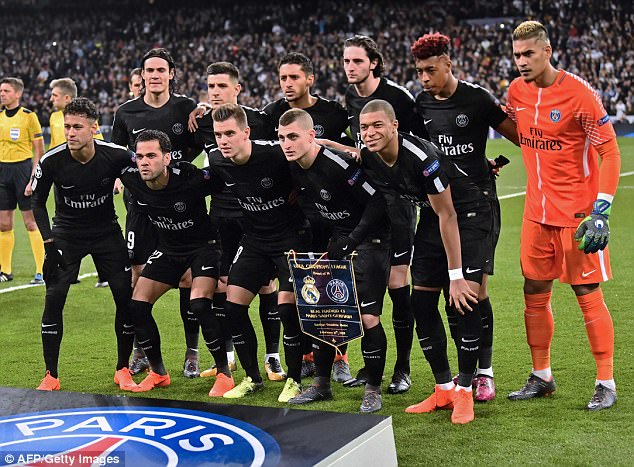 ‘We approach this game with the desire to give a good account of the club without looking like clowns,’ the 31-year-old said, according to Strasbourg’s Twitter feed.

‘If we go to the Parc des Princes and tremble, there’s no point in going there. In 90 minutes, anything can happen.

‘Inevitably, in front of us there are high-class players and we know it will be complicated.

‘We’re not going to Paris as victims. We have everything to gain.

‘The victory against Troyes allows us to approach this match positively.’