In spite of the hostile welcome from his former fans, Unai Emery made it 19 successive Europa League ties unbeaten. Make it 20 in Baku and he will have fulfilled his duty for this season.

Whether or not Emery’s debut season is deemed a success by Arsenal hierarchy who hired him all depends on one thing and one thing only – Champions League football.

There is no doubting they have made progress but fans don’t tend to take kindly to the ‘P’ word. It often gets rolled out as a consolation prize when true targets have not been met. 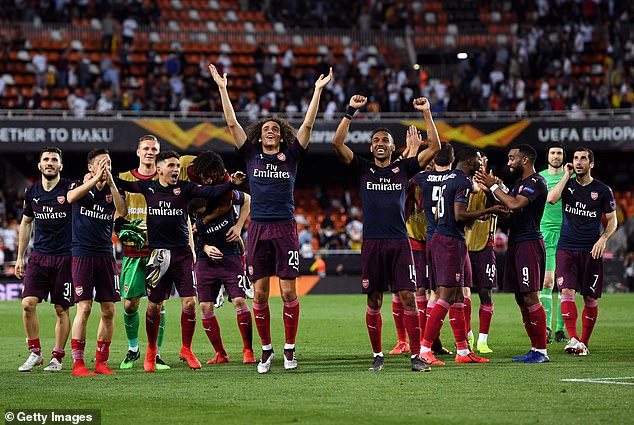 Europe’s elite competition is where Arsenal want to be. They can no longer achieve that in the Premier League – not realistically, anyway – so the Europa League is their last hope.

That was why this semi-final second leg was so pivotal for the 47-year-old Spaniard. That was why, when Valencia had the visitors on the ropes in the opening exchanges, Emery could be seen grinding his teeth and sweating through his suit.

So knowing this was a must-win – or rather a must-not-mess-up – Emery deployed a front two of Alexandre Lacazette and Pierre-Emerick Aubameyang.

He used Mesut Ozil at No 10, and it was a bold selection. It was a sign that he came here to attack rather than merely attempt to defend the lead they had. 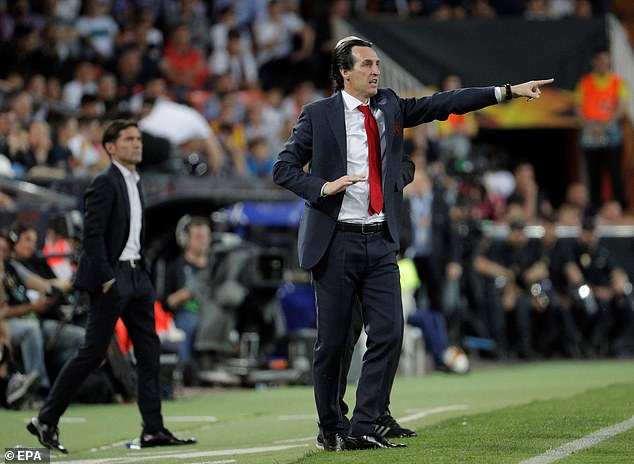 It worked. Valencia may have scored twice – but Arsenal scored three. When Lacazette got the goal sandwiched in between Aubameyang’s strikes, he sprinted to the away dugout.

The Frenchman wanted to celebrate with his team-mates but his boss resisted the urge to join in.

Perhaps he felt bad about five years ago when his Sevilla side knocked Valencia out of the Europa League with a 94th-minute winner and he ran on the pitch to celebrate. 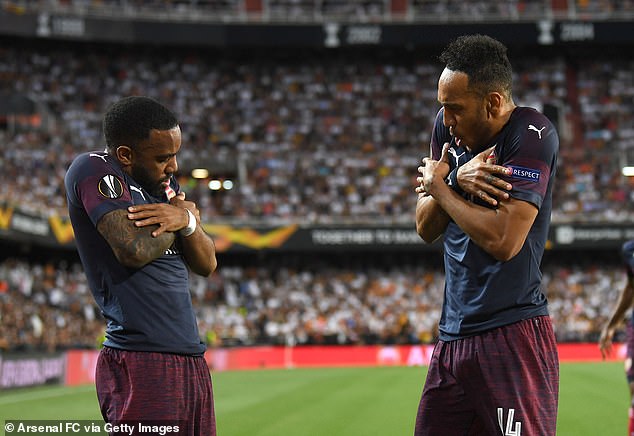 Alexandre Lacazette and Pierre-Emerick Aubameyang were the heroes for Arsenal

Perhaps Emery had watched Liverpool and Tottenham’s Champions League comebacks against Barcelona and Ajax respectively and did not wish to tempt fate.

In the end, he and Arsenal had little to worry about. The last time Emery was knocked out of the Europa League, it was at the semi-final stage and he was the manager of Valencia.

Since then, he has lifted the trophy three times, all with Sevilla. His reputation as a specialist in this competition stayed true here, and he can still clinch his quadruple with Arsenal.