‘I had a whole stadium making monkey chants… I can’t remember anyone asking how I felt after the game’: Ex-England striker Emile Heskey claims NONE of his team-mates supported him after being racially abused in a win over Slovakia back in 2002

Former England striker Emile Heskey has claimed none of his international teammates supported him when he was racially abused in a game against Slovakia.

The ex-Liverpool and Leicester ace says he ‘can’t remember anyone asking me how I felt’ when an entire stadium made monkey chants towards him.

The 42 year old, who won 62 caps for England, claims he was offered no support from teammates when the abuse was aimed at him and Ashley Cole during the Euro 2004 qualifying match in October 2002. 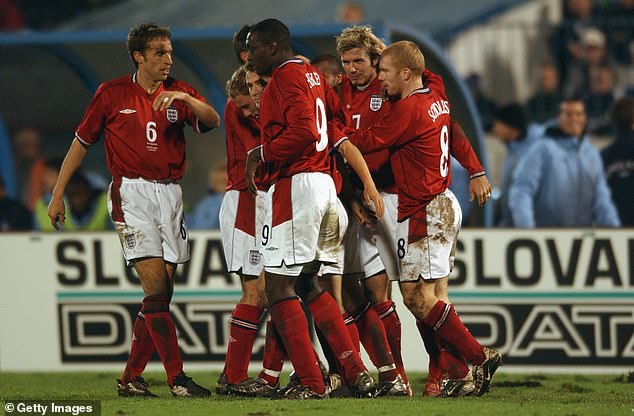 ENGLAND TEAM VS SLOVAKIA IN 2002

David Beckham captained the team which included stars such as Steven Gerrard, Gary Neville and Paul Scholes, as well as current England manager Gareth Southgate, for the opening qualifying match in Bratislava.

England won 2-1 and despite the abuse he received, Heskey was only brought off by manager Sven-Göran Eriksson during second-half stoppage time.

The striker, who played in two World Cups and two European Championships, said: ‘We had the Slovakia game. We were racially abused over there.

‘And I can’t remember anyone asking me, actually asking me how I felt after the game. I had a whole stadium making monkey chants.

‘But I can’t remember anyone ever asking me, apart from the FA coming to me afterwards and wanting a statement.

‘As teammates, I can’t remember anyone ever asking me how I felt.’

Slovakia had been first to strike, but England won after two second half goals, one a curling free kick from Beckham which ghosted into the net untouched from 35 yards, and the second a close-range header from Michael Owen. 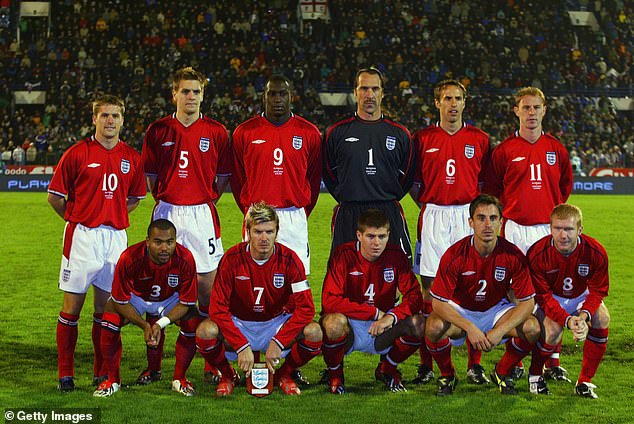 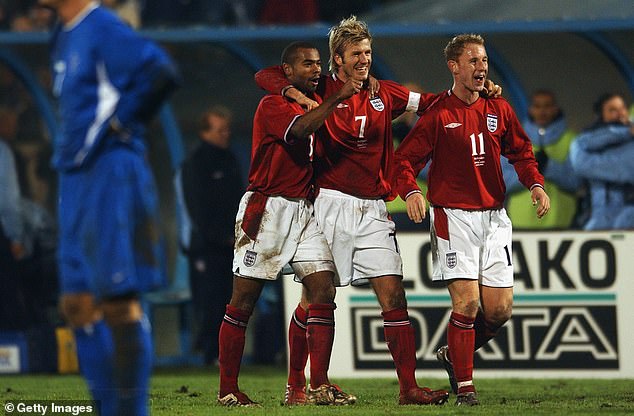 Speaking on the Don’t Tell Me The Score podcast, Heskey said racism has previously been a ‘blind spot’ which people avoid talking about.

‘We feel so uncomfortable talking about it that we don’t talk about it at all.

Heskey, who made over 500 Premier League appearances, has discussed the horrid abuse he received in Slovakia before, when asked about the abuse on his travels with the national team 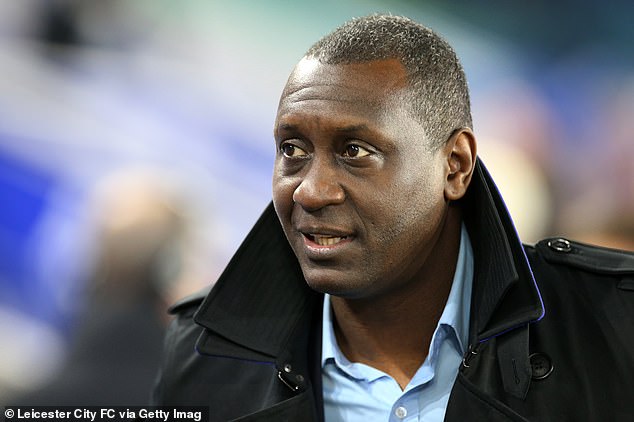 ‘We played them and had to play in a neutral stadium which was in Barcelona.

‘It was at their reserve stadium, nice stadium but small, and you got a guy in the crowd shouting “Kunta Kinte, hey Kunta Kinte” every time I touched the ball. Kunta Kinte is just an African slave.

‘And then you get the monkey chants from when I was playing for England against Slovakia and Croatia.’