The heartbroken sister of Emiliano Sala is set to say her final farewell at the funeral of the tragic football star whose plane crashed down in the English Channel last month.

Fighting back tears, Romina Sala cut a sombre figure as she wrapped herself in an oversized grey hoodie and ignored the mass of press outside her home in the town of Progreso in Argentina, before being driven to her brother’s wake.

Thousands are expected to pay their last respects to the new Cardiff City signing at the wake in the sports hall of his boyhood football club San Martin – some 334 miles northwest of the capital Buenos Aires.

Among the mourners paying their respects today, were Cardiff manager Neil Warnock along with the Welsh club’s chief executive Ken Choo and president Mehmet Dalman.

Former Nantes team mate Nicolas Pallois is also in Argentina for the ceremony.

Sala’s body – repatriated on Friday on a British Airways flight – was due to be driven to the town early this morning from its overnight resting place at a funeral home in the provincial capital Santa Fe. 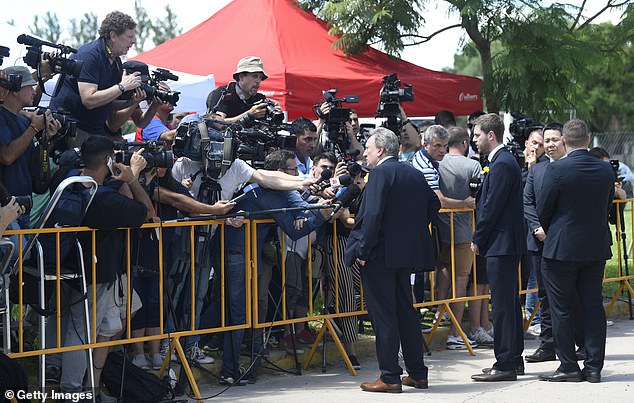 Among the mourners paying their respects today, were Cardiff manager Neil Warnock (pictured) along with the Welsh club’s chief executive Ken Choo and president Mehmet Dalman 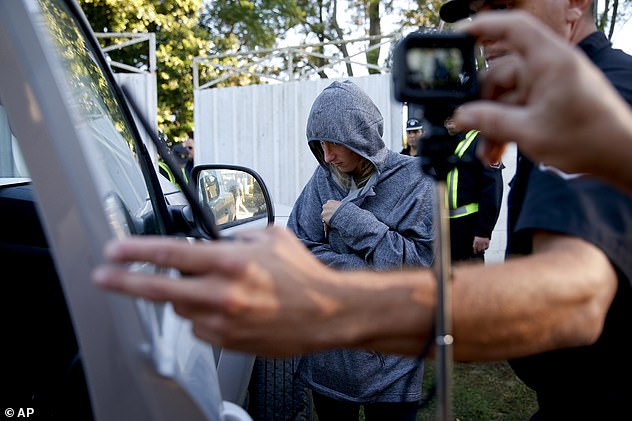 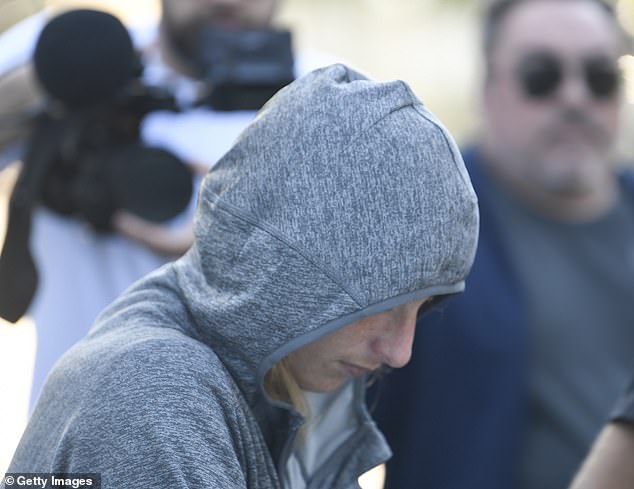 Fighting back tears, Romina Sala cut a sombre figure as she wrapped herself in an oversized grey hoodie and ignored the mass of press outside her home in the town of Progreso in Argentina, before being driven to her brother’s wake 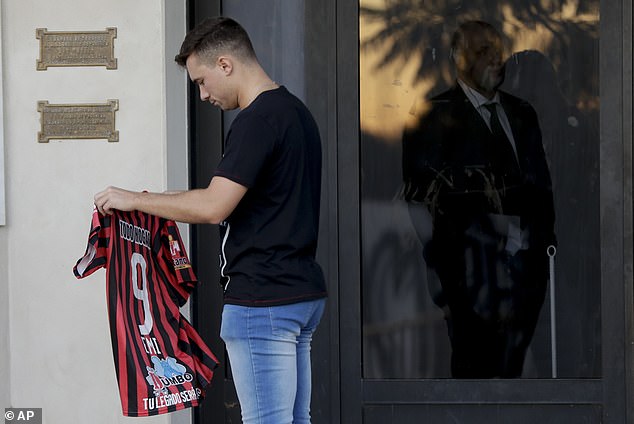 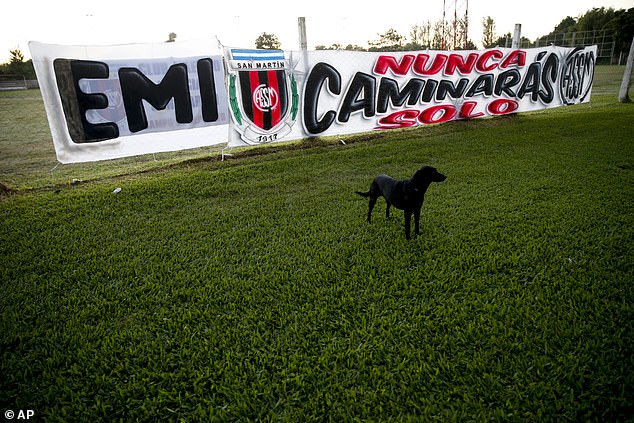 A dog stands near a banner reading in Spanish ‘ Emi, you will never walk alone’ before the start of Argentina soccer player Emiliano Sala’s wake in Progreso, Argentina 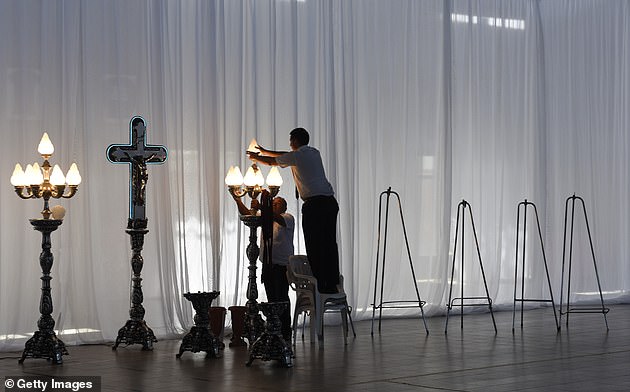 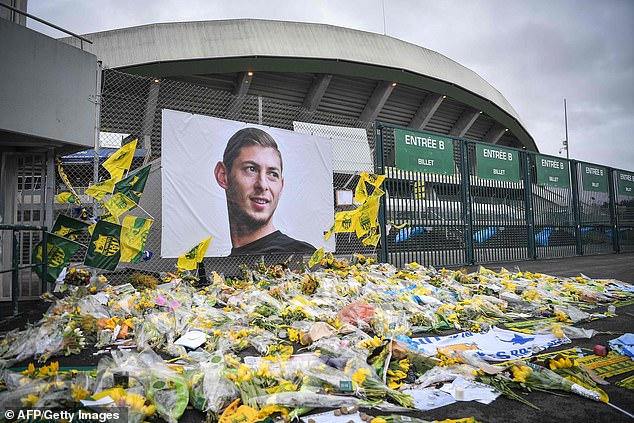 Yellow flowers are displayed in front of the portrait of Argentinian forward Emiliano Sala at the Beaujoire stadium in Nantes, France

Progeso mayor Julio Muller said a religious ceremony will be held at 2pm (local time) in Progresso and will return to the crematorium in Sante Fe at 3.30pm.

The final resting place of the 28-year-old’s ashes was not made clear, with some local speculation they would be buried in Progreso.

Most of the town’s 3,500 inhabitants are expected to say their final farewells to Progreso’s international ambassador.

Sala was being flown from Nantes, France to Cardiff after the club signed him for £15million when the plane he was travelling in crashed down.

His remains were discovered in the crashed Piper Malibu, on February 3, after a private search team found the plane. The official search for him and pilot David Ibbotson was called off after a week. 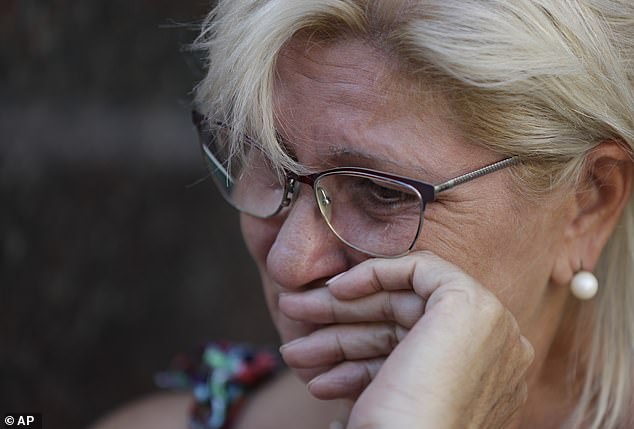 Mirta Taffarel, aunt of Emiliano Sala, cries while waiting for his remains, outside a funeral home in Santa Fe 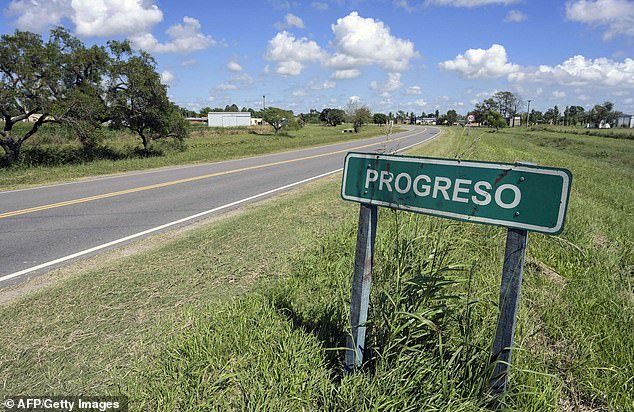 Progreso, where the wake of late Argentine footballer Emiliano Sala will take place in Santa Fe, Argentina on February 1 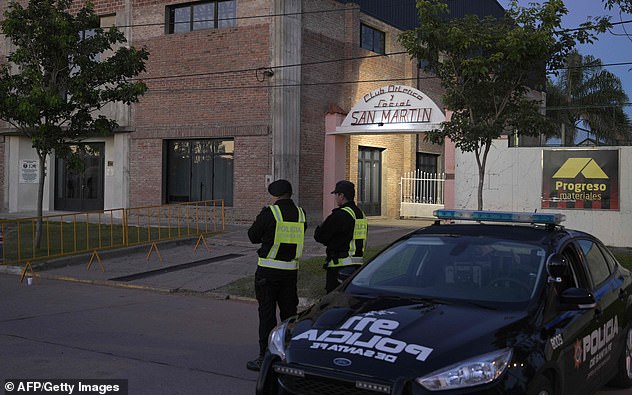 Sala was being flown from Nantes, France to Cardiff after the club signed him for £15million.

Cardiff manager Neil Warnock and chief executive Ken Choo have travelled to Argentina for the funeral.

The wake to celebrate his life will be held at football club San Martin de Progreso, where Sala played as a boy.

His remains were flown into Ezeiza International Airport, Buenos Aires on Friday before being taken to his hometown of Progreso, where a vigil is to be held.

San Martin de Progreso posted an emotional tribute on Facebook, saying: ‘We are waiting for you…like the first day you left but this time to stay with us forever.

‘You went and you are an example for everyone. Eternally in our hearts.’ 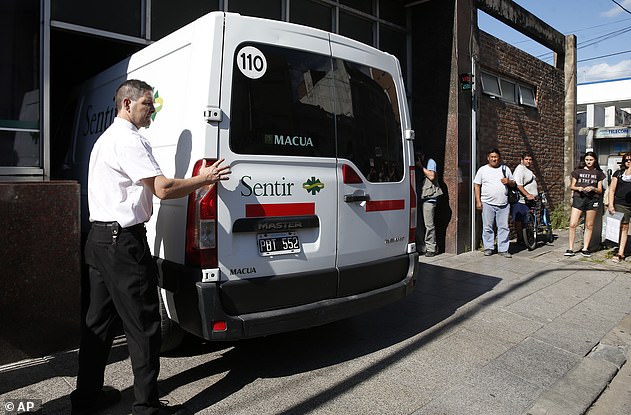 A vehicle carrying the remains of Emiliano Sala arrives in Santa Fe, Argentina 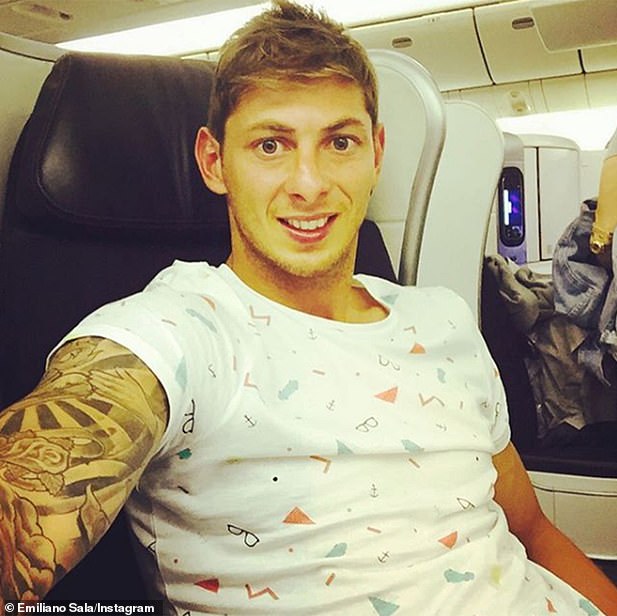 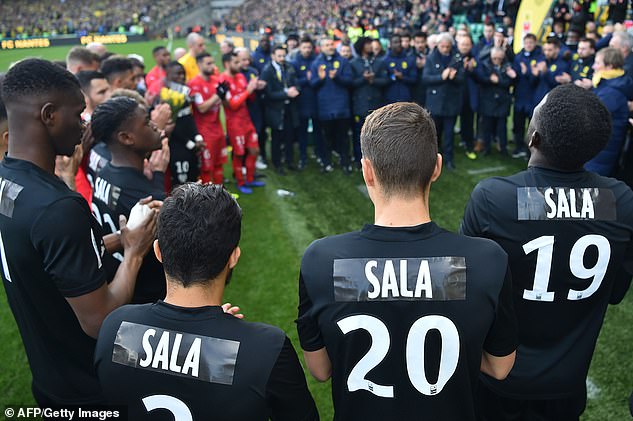 The Air Accidents Investigation Branch (AAIB) is continuing to investigate how the plane crashed.

The Cardiff City footballer died from injuries to his head and body.

The remains of Pilot David Ibbotson have never been found and the wreckage of the plane may not be brought to the surface.

At present weather conditions have been deemed too bad to recover it from the seabed off Guernsey.

Thousands of pounds are being raised to fund a rescue mission.

Daughter Danielle told Good Morning Britain today that the family have raised £140,000 as they try to fund a search operation that will cost more than double that amount.

‘If you’ve got hope you shouldn’t give up,’ she said. ‘He wouldn’t stop searching for me.’ 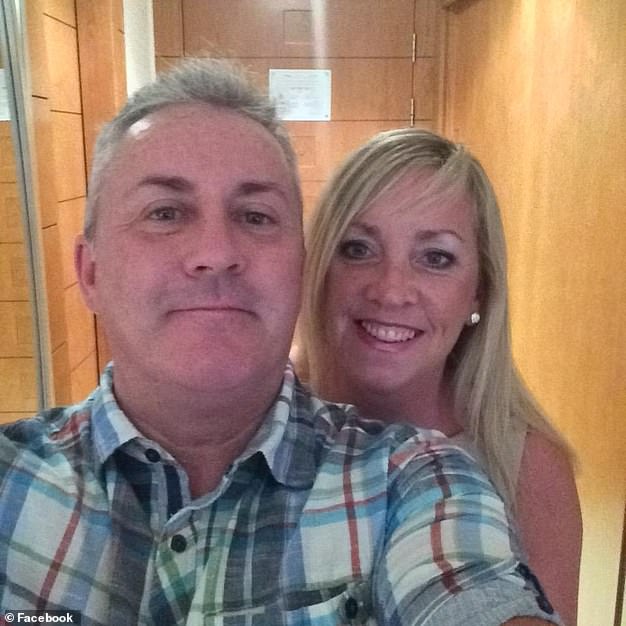 Pilot David Ibbotson (pictured with his wife, Nora) was carrying the Cardiff City star to his new club when the crash occurred

Mr Ibbotson’s wife, Nora, told the show that they won’t be able to grieve properly until his body is brought home.

‘We do know he’s gone but we want him back,’ she said. ‘We know he is dead but we just want him home. He’s been a brilliant husband he’s supported us all he was our supporter he was our rock. We feel like he’s just out there on his own at the moment.

‘I know conditions aren’t brilliant and it’s a dangerous sea but we just need to have that last look.’

He told the hearing this was because an Air Accidents Investigation Branch inquiry into the tragedy could take between six months and a year.

Cardiff City star Sala was identified by his fingerprints after the tragic crash which happened after his record £15million signing to the Welsh club from Nantes in France.