Young mum pregnant with her second child admits she sleeps with MARRIED couples to manage her ‘high sex drive’: ‘I can barely keep up with myself’

By Belinda Cleary For Daily Mail Australia and Jam Press

Emily Mai, 32, from Melbourne, Australia, says every time she gets pregnant her sexual appetite sky rockets – from wanting three orgasms a week to needing over 35

A pregnant mother has revealed she has sex with married couples to combat her soaring libido which sees her craving upwards of five orgasms per day.

Emily Mai, 32, from Melbourne, Australia, says every time she gets pregnant her sexual appetite sky rockets – from wanting three orgasms a week to needing over 35.

‘I can barely keep up with myself,’ the busy mum and Only Fans model admitted.

‘Prior to getting pregnant, I would orgasm somewhere between one and three times a week. Now it’s at least five times per day.’

Emily is polyamorous, which she says helps when it comes to tacking such a high sex drive.

‘I have multiple people in my life that help me out with my needs including married couples,’ she said.

She explained her pleasure preference during this pregnancy is oral sex, which she also desired when pregnant with her now 21-month-old son. 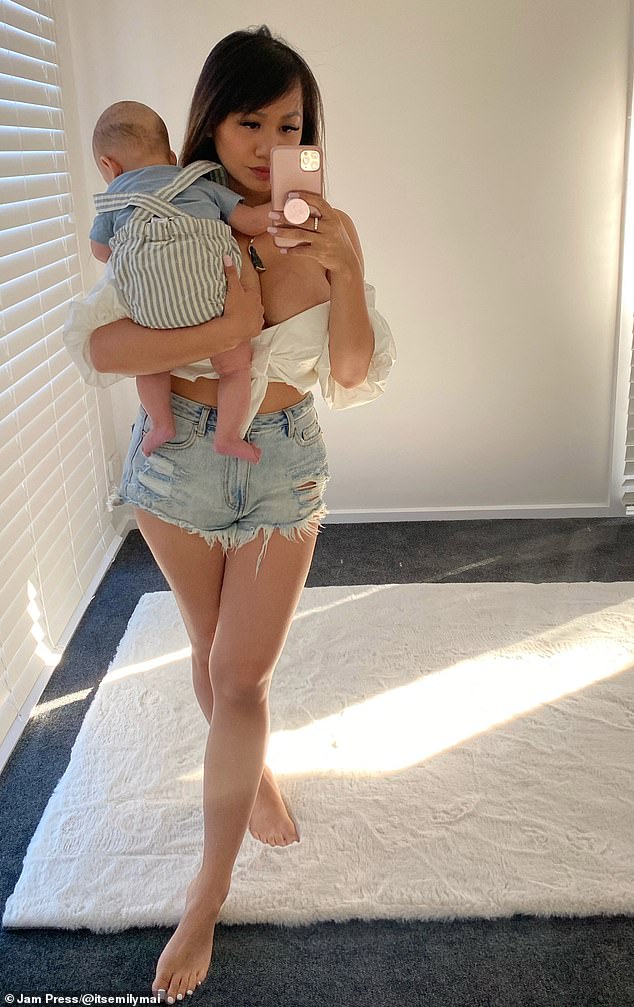 ‘I can barely keep up with myself,’ the busy mum and Only Fans model admitted

After the birth of her first child Emily let her sex drive fall back – but she wants to keep her libido strong this time around.

‘I am planning on having a natural birth like I did the first time but obviously that will depend on if any complications arise and if I need to have a caesarian,’ she said.

‘As soon as I’ve had the baby and I’m cleared for having sex, I’m going to keep this level of sex up for good.’

She says her job on Only Fans has helped her ‘open up’. 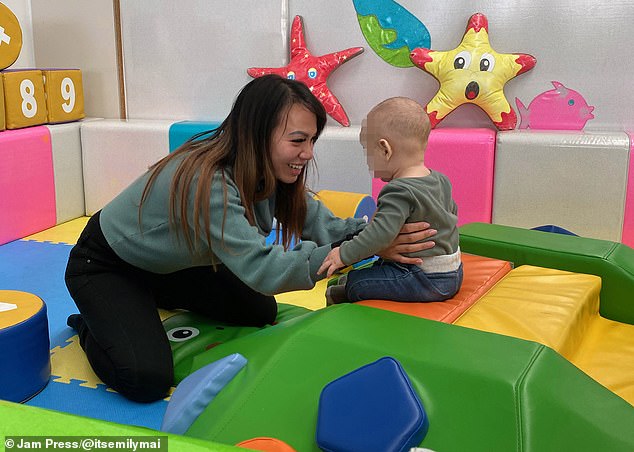 ‘I am planning on having a natural birth like I did the first time but obviously that will depend on if any complications arise and if I need to have a caesarian,’ she said 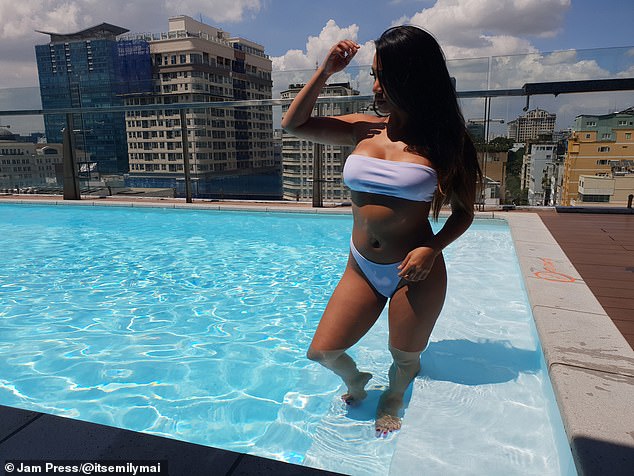 ‘There are so many nights where I am in bed alone and rather than getting off by myself, I message my fans and we do it together,’ she said.

The mum makes about $300,000 per year on the platform which allows her to be flexible for her son.

‘Some days it is just a couple of hours but most of the time it is between four and eight hours a day.

‘I either work when he is sleeping or work all day until he comes back from daycare.’

Is an increased libido common in pregnancy?

Even before you begin to show, pregnancy is a time of much physical change. Anything from the ever-rising estrogen and progesterone hormone levels to increased blood flow and sensitivity in the breasts and genitals may lead to higher levels of arousal.

While you may be queasy and beyond tired in your first trimester, your hormones are skyrocketing by the day. This means that your breasts and nipples may feel larger and more sensitive. You may feel more emotionally connected to your partner.

The discomforts of early pregnancy subside and the physical limitations of late pregnancy haven’t yet hit.

Women gain over a kilogram of blood during pregnancy. Most of this blood ends up flowing through the lower half of your body. With all that extra flow, you may feel more in the mood than normal.

Some people see their libido flat-line during pregnancy.

It’s completely normal to want absolutely nothing to do with sex at different points of pregnancy (or throughout the entire nine months). One reason is that you may not feel quite your usual self.