Emily Maitlis is set to take over as BBC Newsnight’s top presenter, it emerged last night.

Seen as one of the corporation’s top talents, Maitlis, 48, will soon be the main anchor on the current affairs programme, insiders believe.

It would be the first time a woman has presented Newsnight, and follows the announcement that co-host Evan Davis is moving to Radio 4’s PM.

Emily Maitlis in the press room at the GQ Men of the Year Awards earlier this month. Miss Maitlis, 48, will soon be the main anchor on the current affairs programme, BBC insiders believe

Miss Maitlis yesterday said Davis leaving the show was a ‘huge loss for us’, tweeting that his PM move to replace Eddie Mair was ‘hugely well deserved’.

The daughter of a leading scientist and physiotherapist, she read English at Queens’ College, Cambridge, before working for US channel NBC in Asia, followed by Channel 4 and Sky.

Under current Newsnight rules, Davis, 56, is contracted to host the show three days a week and Miss Maitlis and Kirsty Wark present on the other days.

In 1985, Olivia O’Leary became the first senior female presenter on the programme.

Miss Maitlis was at the centre of a sexism row last year when it emerged that she was being paid significantly less than Davis – who appeared on the Corporation’s annual rich list with a pay packet of up to £299,999.

When asked last year if she should have been made lead presenter over Davis when Jeremy Paxman left in 2014, she told the Jewish Chronicle: ‘No. We’re a good ensemble and it works for us.’

Davis will move to PM in the coming months following Mair’s departure in August after 25 years at the helm. 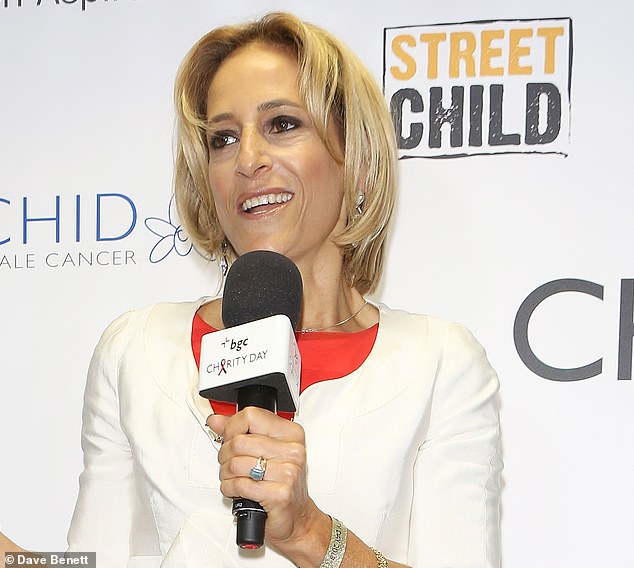 An internal email to Newsnight staff leaked to the Media Guido website yesterday read: ‘We are fortunate enough to have three outstanding presenters on the show.

A spokesman for Miss Maitlis declined to comment, while the BBC said it would make an announcement in due course.