A four-year-old girl made a life-saving 999 call when her mother fell to the floor and collapsed due to a seizure.

Emily Morrison stayed cool, calm and collected as she told the call handler her mother Louise Rush had ‘fallen’ on the floor and was not moving.

The quick-thinking nursery school pupil even got her stool from the bathroom and opened the front door to let the ambulance crew in.

After calling 999, she then rang her father Stephen who made sure Emily and her younger brother and sister were cared for.

Now, Emily is being given a bravery award from North East Ambulance Service in recognition of what she achieved.

And later on Friday she is meeting the crew who arrived at her house in Silksworth, Sunderland, when they return to her home to present her with the special certificate.

Proud mother Louise, who has now  been diagnosed with epilepsy, thanked her courageous daughter for saving her life and wanted to tell the world about her mini hero.

And now, after hearing a recording of the call Emily made, Louise is beaming with pride. 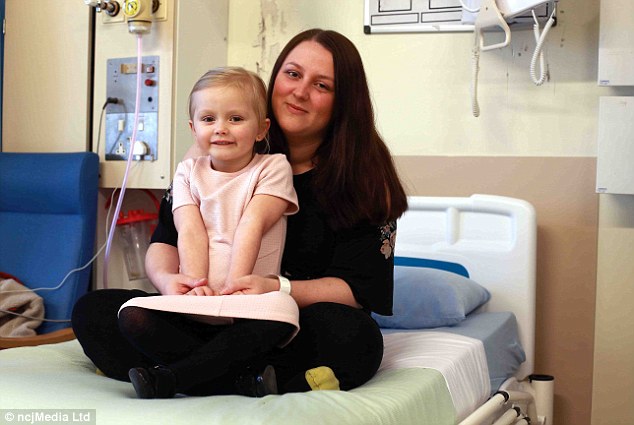 Emily Morrison stayed cool, calm and collected as she told the call handler her mother Louise Rush had ‘fallen’ on the floor and was not moving

‘We all sat round and listened the to the recording of the call and I cried when I heard it,’ said Louise, 26, who also has daughters Ava, five, and 15-month old Rosa and six week old son Charlie.

Louise was taken to Sunderland Royal Hospital where she underwent a brain scan and was diagnosed with epilepsy. She is now on anti-epilepsy drugs to help keep her condition under control.

‘I already suffer from endometriosis and have a duplex kidney which means I get ill quite often,’ added Louise, a child protection worker.

‘I have passed out before but have come back around straight away. Because of this I have told Emily what to do. She knows she has to try and wake me up and if she can’t then she needs to call 999 and Stephen. She uses Siri on my phone and knows who to call.

‘This time I was unconscious for about 50 minutes. Charlie is only six weeks old and was in his rocker chair and Rosa, who is 15 months old, was in her high chair eating her snacks. Emily got Rosa her blanket and toys and even tried to give Charlie the rest of his bottle while he was crying.’

Louise added: ‘I believe I would have died if she didn’t get the help when she did as I had another fit when I was in the ambulance and almost swallowed my tongue. I am so proud of her, she did a brilliant job.’

NEAS call operator Kerri Corbett said: ‘When I spoke to Emily she was really calm and answered all of my questions about the condition of her mum. 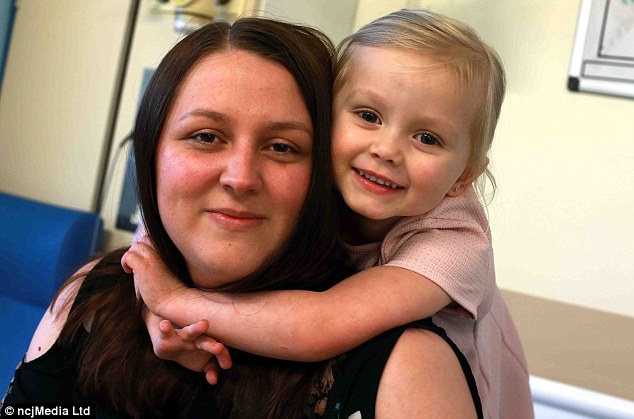 After calling 999, she then rang her father Stephen who made sure Emily and her younger brother and sister were cared for

‘She told me that her mummy had fallen and I asked her if she was able to unlock the door. She said she was able to get her stool from the bathroom to reach the door and she knew where the keys were. I stayed on the phone to Emily until the ambulance crew arrived and I kept thinking about the call for the rest of the week, wondering how her mum was doing.

‘It is definitely more challenging taking 999 calls from children as we have to change the way we ask questions so they can understand what we’re asking whilst also getting the information we need.

‘It can be hard to get an overview of what is going on when we’re not there to see it ourselves and Emily told me her younger brother and sister were in the house so I had to make sure they were all okay whilst also checking on her mum’s condition but Emily was great all the way through.

‘She was so incredibly brave on the phone, and for someone so young I was really impressed with how well she managed the whole situation.’

‘Emily sounded so calm and so grown up. There is a line, when I am unconscious, she tells the call handler ‘I’ve tried everything and she’s just not listening’. It was so endearing.’ 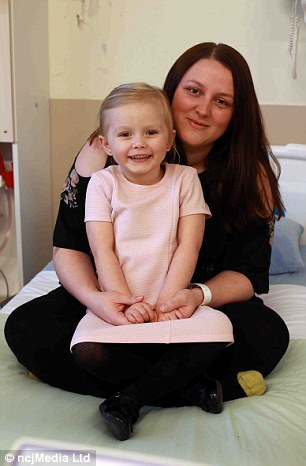 Proud mother Louise, who has been diagnosed with epilepsy, thanked her courageous daughter for saving her life and wanted to tell the world about her mini hero

Last week, from her hospital bed, Louise said: ‘What a little super star my Emily is. I collapsed and had a seizure in the house whilst Stephen was at work. Emily knew exactly what to do.

‘She rang Stephen, the ambulance, unlocked the door, did everything the call handler told her to do on the phone.

‘She even looked after Charlie and Rosa until paramedics got there. I honestly dread to think what would have happened if she hadn’t have known what to do.

‘I’ve taught her what she needs to do in case of an emergency but she has far exceeded our expectations. She really has saved my life, as I had another seizure in the ambulance and nearly swallowed my tongue.

‘A big treat is in store for her when I eventually get out of hospital. She’s only just turned four-years-old. She’s my little hero..’

Chuffed Emily, a pupil at Valley Road Community Primary School Nursery, said: ‘I rang daddy and the ambulance when mummy had fallen. I looked after Rosa and Charlie and gave Charlie his bottle. Mammy is now in hospital and I love her so much.’

What are the symptoms on epilepsy? How common is it? And when should you call an ambulance?

Epilepsy is a common condition that affects the brain and causes frequent seizures. Each year around one in 2000 people develop the condition that can start at any age.

According to the NHS, seizures are bursts of electrical activity in the brain that temporarily affect how it works.

The NHS recommends to see your GP if you think you might have had a seizure for the first time.

Seizure can have several causes and sometimes they’re just a one-off, not necessarily epilepsy-related.

You should call 999 if someone is: