Taking a stroll on the bustling streets of SOHO, the brunette stunner showed off another effortless and casual summer look with her tight midriff on display.

Ratajkowski, a statuesque beauty with an impeccable physique, kept it cool as she navigated the area by foot and made an occasional stop here and there as she ran errands.

Calm and collected: Model Emily Ratajkowski was spotted talking a walk through SOHO on Thursday afternoon

Despite the surprising news that her marriage to Sebastian Bear-McClard had come to an end with the model rumored to have filed for divorce after four years of marriage, Ratajkowski has maintained a cool sense of polished summertime style as she has been seen out often.

The iCarly alum and Blurred Lines music video muse has paved her way in recent years as a style icon both on and off the runway.

On Thursday the model paired a black sleeveless fitted top with mustard colored cotton pants that showed off her bare ankles. 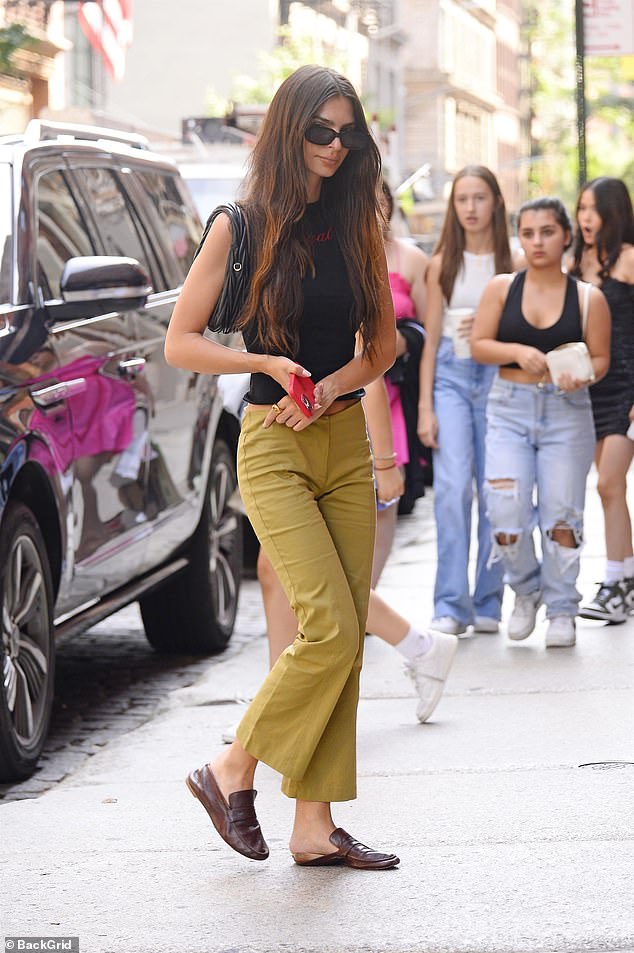 Do not disturb: Ratajkowski kept to herself as she was spotted solo in the city

Adding a black leather purse and brown leather penny loafers that the model looked to have inadvertently turned into slides, Ratajkowski looked well put together as she was in the upscale neighborhood.

At one point the model took off her black acrylic sunglasses and showed off her fresh makeup-free face in its entirety. 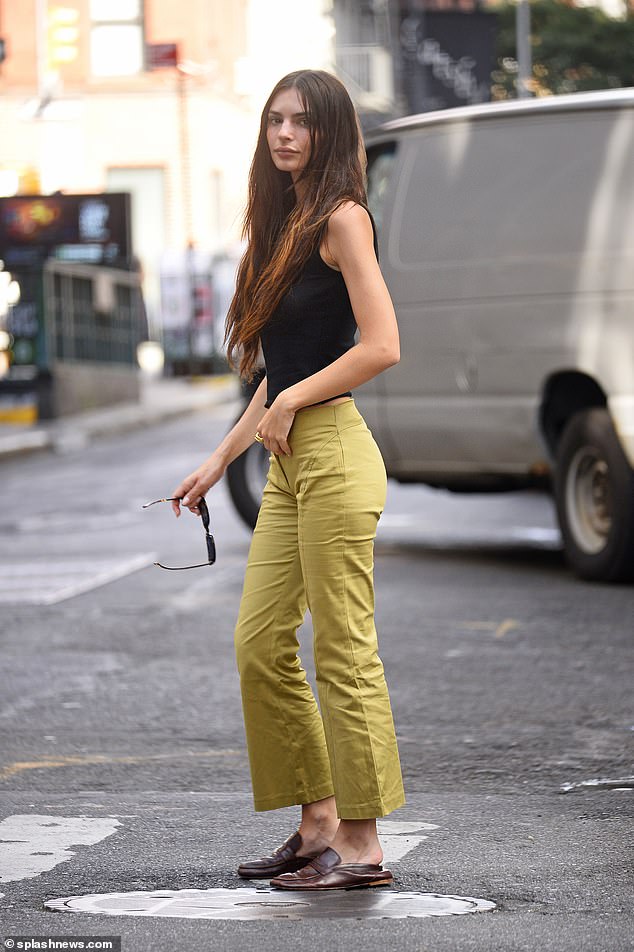 Ratajkowski’s long chestnut colored hair was parted down the middle and cascaded in a loose and wavy style past her elbows.

The New York City heat had nothing on the star who made her way through the city streets with great finesse.

Ratajkowski, 31, kept to herself as onlookers snapped pics and kept a watchful eye on the star. 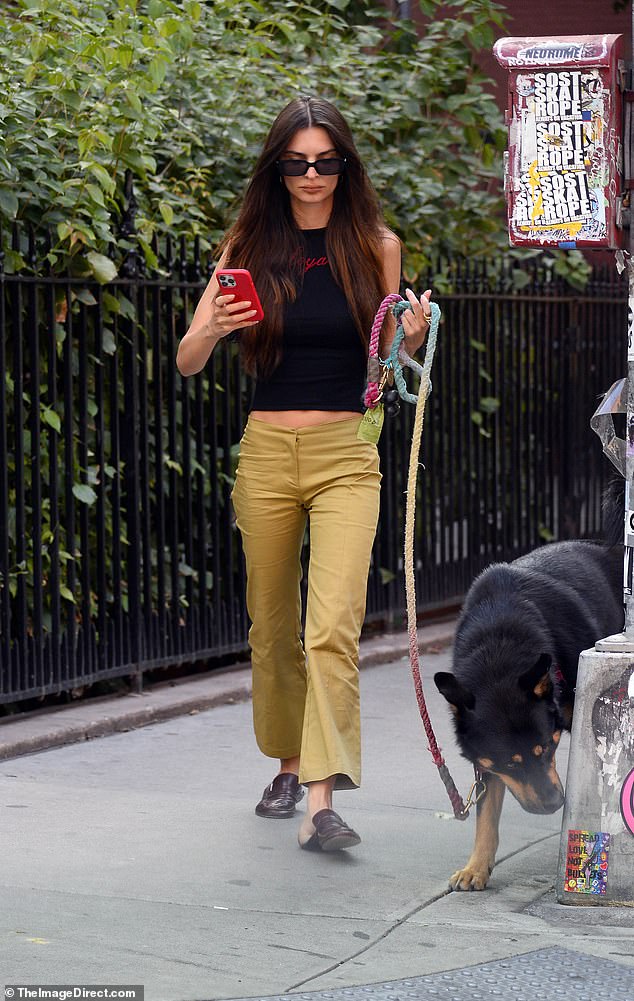 Fit figure: Emily showed off a hint of her toned tummy in a black tank top and also wore relaxed brown leather slippers