One of Australia’s best swimmers has slammed a political lobby group that plastered her photo on a giant billboard campaigning against transgender women in female sport.

The Advance Australia billboard featuring Olympian champions Emma McKeon, Dawn Fraser and Emily Seebohm, was spotted on a truck driving around the seat of Warringah on Sydney’s northern beaches on the weekend.

All three swimming greats have spoken out about transgender athletes in women’s sport in recent days.

Former backstroke world champion Seebohm clarified her stance on the controversial topic after Advance Australia used a ‘horrible’ photo of her without consent and took her comments out of context. 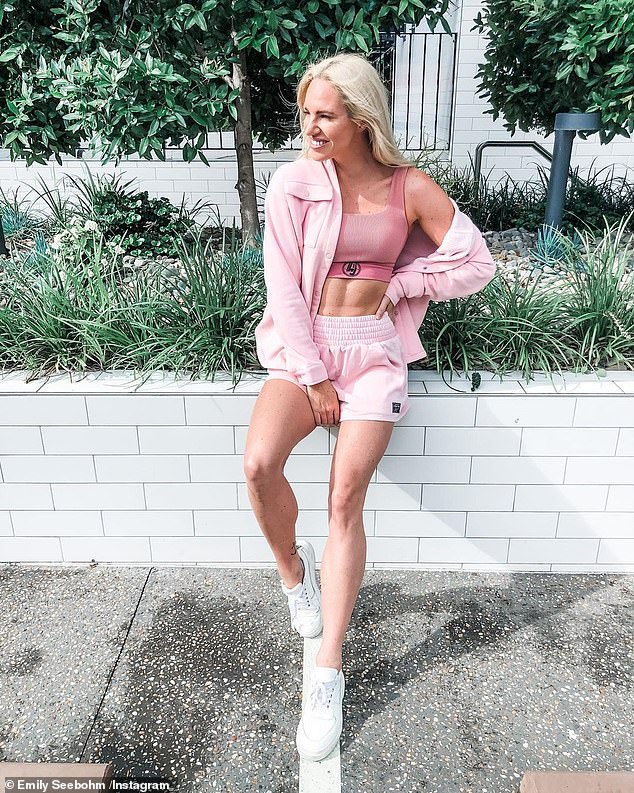 ‘I have no idea who Advance Australia is but … I don’t want my photo next to something saying transphobic,’ Seebohm told The Project on Tuesday night.

‘That is a statement that I’ve never said and I don’t suggest nor support that and … the photo is just horrific! So the whole thing is just awful to me.’

‘They’ve taken what has been said from other people’s comments and my own out of context and I’ve not someone’s said that I don’t want inclusivity in this sport.

‘I want everyone to feel included in this sport. We just have to work out how that works and how this will look because we just don’t know and this is just a brand-new thing that’s just coming through now.

‘We need to work out how to make everyone feel safe and supported in this sport.’

The triple Olympic gold medallist wants to help ensure elite sport is inclusive and fair for everyone, including transgender athletes. 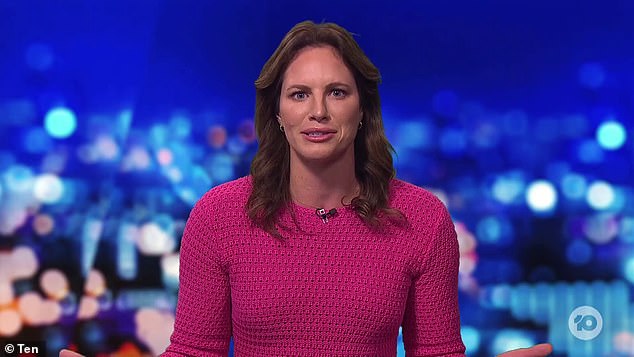 Emily Seebohm (pictured on The Project) wants everyone to be included in sport, including transgender athletes

‘I am 100 per cent want trans athletes in sport. It’s a hard conversation to have because we just don’t know where that fits in yet,’ Seebohm said.

‘It’s a hard conversation to have because we just don’t know where that fits in yet.

‘Whether it is a female race, a male race or a transgender race we just don’t know yet, that’s something that needs to be discussed and we need to work out how to do that so everyone feels safe and supported and the competition is fair at the end of the day.

Seebohm weighed into the topic last week on the Today show to express concerns about competing against transgender swimmers who would be biologically stronger.

She told The Project she spoke out as she’s passionate about fair sport.

‘I think we’ve fought for that for so long and we will continue to fight for fairness in sport,’ she said.

‘So it’ a conversation that we needed to get started and it’s good that it’s starting now.

The Australian Olympic Committee and Swimming Australia have threatened legal action over the billboard in scathing statements.

‘Consent to use the imagery was never sought prior to its publication, neither from Swimming Australia nor the individuals involved. For clarity, if it was sought it, would have been categorically denied.

‘Swimming Australia believes in a competitive environment that is inclusive, fair and equitable for all athletes at the same time. Ultimately, all Australians deserve to feel welcome, safe, valued and celebrated in swimming.’ 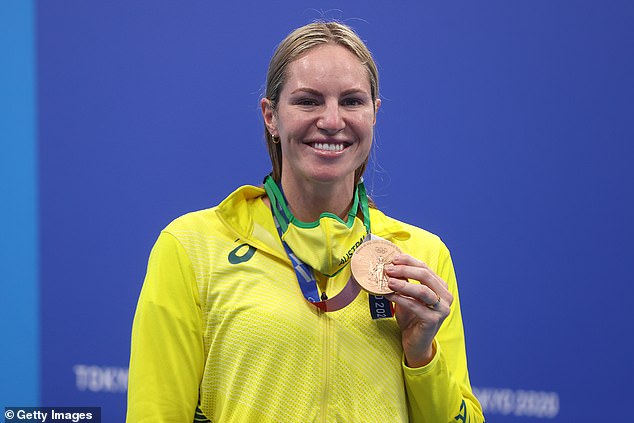 Emily Seebohm (pictured with her 200m backstroke silver medal in Tokyo) has seven medals from four Olympics, including three gold

The Advance Australia billboard was seen in the northern beaches electorate of Warringah during the election campaign in the wake of  inflammatory tweets issued by Liberal candidate Katherine Deves – one of Australia’s most prominent campaigners against trans women competing in female sports.

The billboard also features current independent MP Zali Steggall, who was also unhappy about being associated.

‘Right wing activist group Advance Australia are up to their usual misleading dirt. But do they have consent/approval by the Australian Olympic Committee, Swimming Australia and Dawn Fraser for this” she tweeted on Sunday.