David Cameron’s sister-in-law has blasted Boris Johnson after he was snapped running through a field of wheat in what has been widely interpreted as a jibe at the expense of the Prime Minister Theresa May.

Emily Sheffield, the former deputy editor of British Vogue and the sister of Samantha Cameron, reacted with fury to the ex-foreign secretary’s stunt, sharing a picture of him in the field on Instagram with the caption: ‘Sorry but **** you Boris and your consistently s****y brand of humour’.

Theresa May famously described running through fields of wheat as a child as the ‘naughtiest’ thing she’d ever done in an interview during the last election, in which she told how local farmers ‘weren’t too pleased’ about her high jinks.

In her apparent show of solidarity for the PM, fashion journalist Emily also took aim at Boris’ choice of running gear, branding him a ‘god damn sartorial disaster on top of everything else’.

Boris and the PM are locked in a feud over her Brexit policy, which he most recently branded ‘deranged’ and ‘preposterous’ in an interview over the weekend.

Boris Johnson was snapped running through a field of wheat near his Oxfordshire home on Monday, in what appeared to be a joke at the expense of the Prime Minister Theresa May, who infamously said during the last election that running through fields of wheat as a child was the ‘naughtiest’ thing she’d ever done 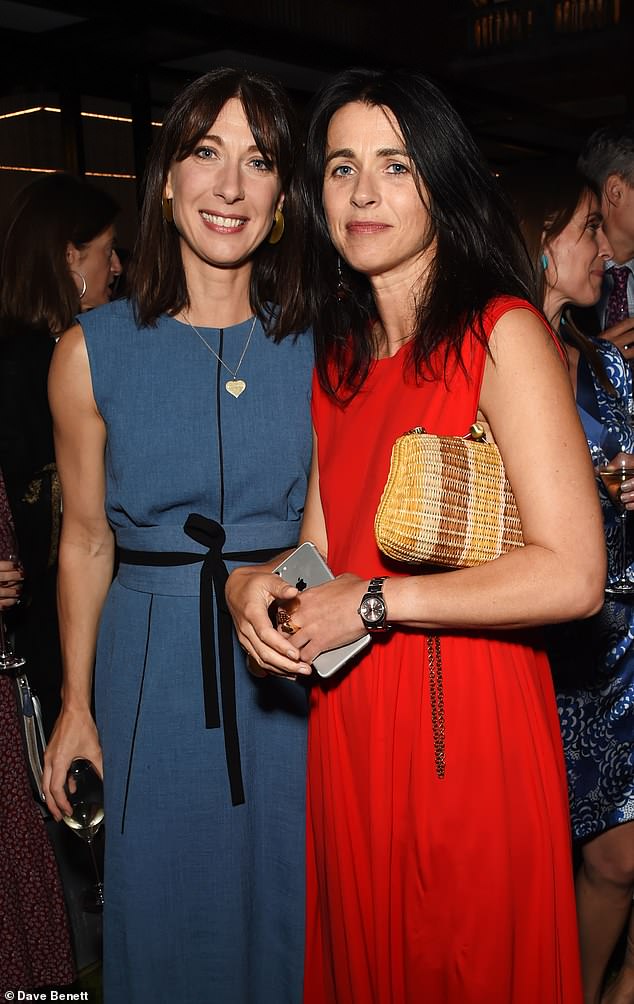 The joke didn’t go down well with Emily Sheffield, a former deputy editor of British Vogue and the sister-in-law of former Prime Minister David Cameron. Emily, seen with her sister Samantha Cameron at a V&A party in June, posted a picture of Boris’ jog on Instagram with the caption ‘**** you Boris and your consistently s****y brand of humour’ 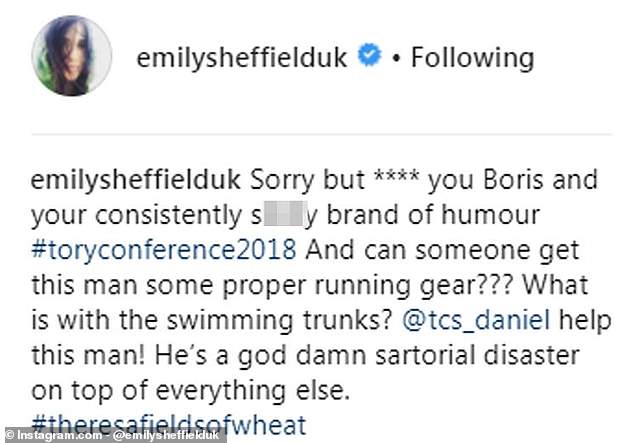 Former Vogue deputy editor Emily also took aim at Boris’ choice of running gear, branding him a ‘god damn sartorial disaster on top of everything else’

Boris was snapped sprinting through the field as his rival was attempting to shore up support among Tory activists at the Conservative Party Conference in Birmingham.

Emily, who added the hashtag #toryconference2018 to her post, added: ‘And can someone get this man some proper running gear??? What is with the swimming trunks?’

She also tagged in Daniel Marks, chief creative officer at The Communications Store, whose clients include the fashion brands Acne Studios, J Brand and Burberry, urging him to ‘help this man!’ He’s a god damn sartorial disaster on top of everything else. #theresafieldsofwheat’.

Johnson, who spearheaded the Leave campaign ahead of the Brexit referendum, quit the cabinet in July in protest over Theresa May’s Chequers plan for the future of the UK’s relationship with the EU.

Since then Boris has repeatedly slammed the Prime Minister’s Chequers plan in strident remarks that have done nothing to dispel rumours he is hoping to oust the PM.

The former foreign secretary will not speak from the main stage at the Tory conference this year, but was due to deliver a speech on the fringe of the gathering today. 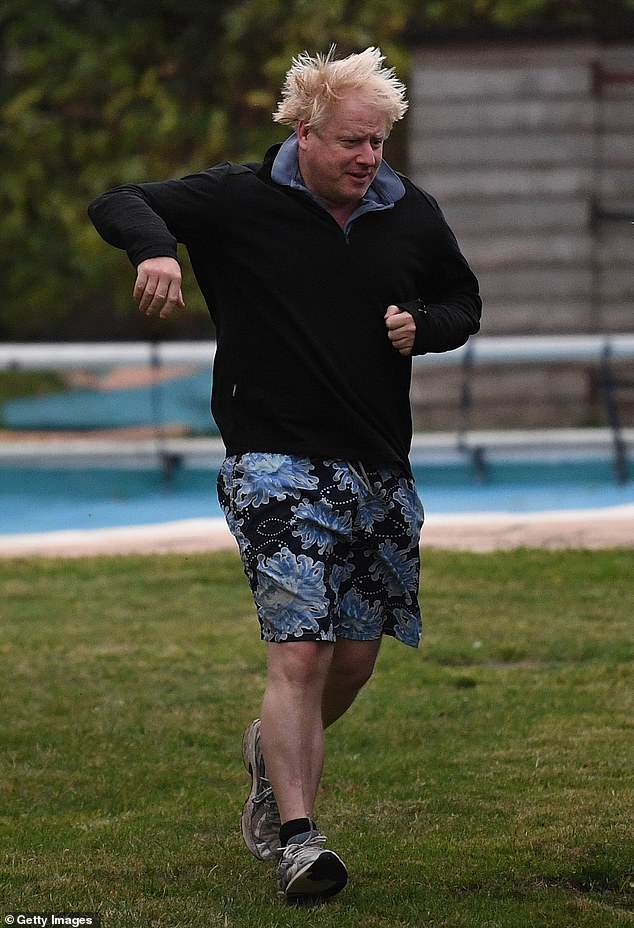 Boris Johnson was snapped heading out for another jog on Tuesday morning, again in what appeared to be swimming shorts, rather than running shorts. He and the Prime Minister are locked in a feud over her Chequers plan 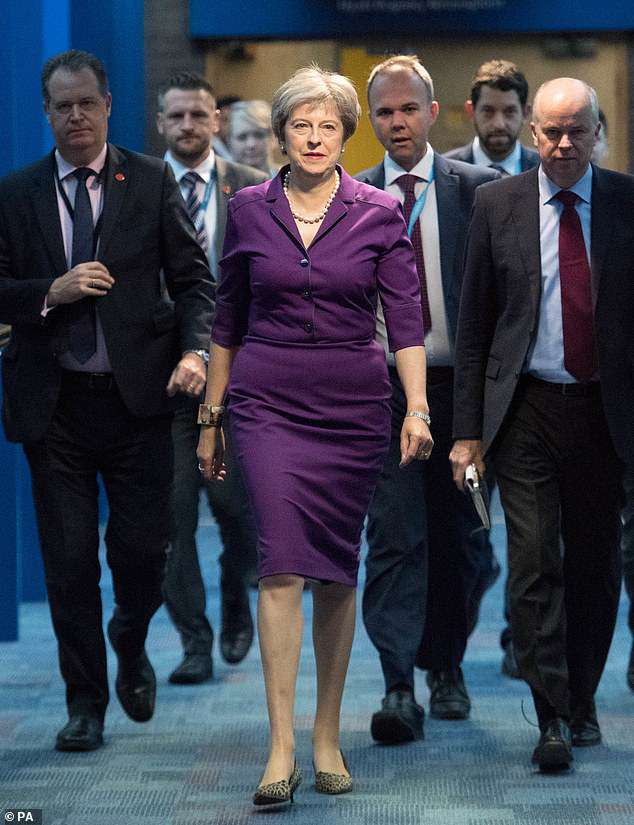 Emily Sheffield’s Instagram made headlines back in 2013 when she shared a snap of her sister, Alice, on her wedding day, that showed her brother-in-law David, then the Prime Minister, snoozing barefoot on a four-poster bed in the background, his ministerial red box beside him.

The post was swiftly removed, but Emily later revealed in an article for The Spectator following his resignation in 2016 that he had instantly forgiven her for the gaffe.

She described him as ‘a brother-in-law who didn’t send me remonstrations the day my Instagram of his bare feet made national news, but instead a very funny text’.