Emily Thornberry compares the Liberal Democrats to the TALIBAN

Emily Thornberry has compared the Liberal Democrats to the Taliban as she suggested the party’s policy of cancelling Brexit without a second referendum is undemocratic.

Jo Swinson confirmed earlier this week that if her party won a majority at an early general election it would revoke Article 50 on day one of being in power.

But Ms Thornberry, the shadow foreign secretary, said the 2016 EU referendum result should not be overturned ‘without asking the people first’ as she launched a blistering attack on the resurgent Lib Dems.

Her decision to liken the party to the Taliban sparked a furious response from the Lib Dems with a senior source telling MailOnline the comments were ‘outrageous’ and ‘designed to distract’ from Labour’s Brexit chaos.

Ms Swinson said it was a ‘ludicrous’ comparison to make and added: ‘Emily is the shadow foreign secretary, and should use language that reflects the importance of that role.’

Lib Dem MP Chuka Umunna has demanded Ms Thornberry withdraw her ‘inappropriate remarks’ as he said comparing the party to a ‘murderous organisation is no laughing matter’.

The row comes after a YouGov poll published this week put the Lib Dems ahead of Labour as Ms Swinson’s party jumped from 19 per cent to 23 per cent after she fully committed to cancelling Brexit.

A Brexit battle continues to rage inside the Labour Party after Jeremy Corbyn said if he becomes PM he would hold a referendum, offering voters the choice between a new divorce deal and Remain.

However, he suggested he would remain neutral and would not advocate for either option, prompting senior Labour figures to warn the party will be ‘steamrollered’ at an election if Mr Corbyn continues to try to sit on the fence on Brexit.

Emily Thornberry, pictured in Westminster on September 4, said the Lib Dems have ‘gotten kind of Taliban’ over Brexit 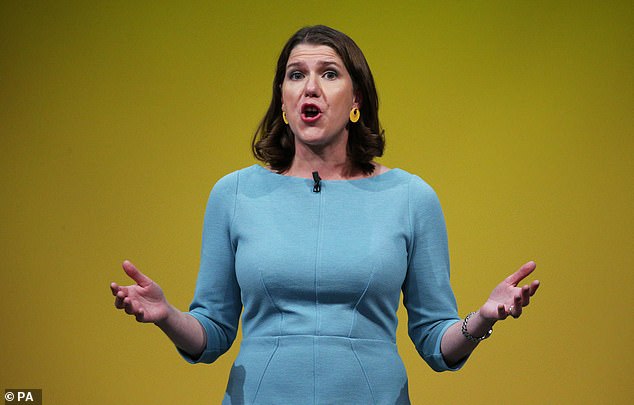 Jo Swinson, pictured at Lib Dem conference on September 17, said her party will revoke Article 50 if it wins a majority at the next general election

There is a growing concern among some Labour MPs that the party’s Brexit stance will result in floods of Remain voters who previously backed Labour switching to the Lib Dems.

Ms Thornberry told The House magazine: ‘The Lib Dems have gotten kind of Taliban, haven’t they?

‘They’ve said they’re just going to revoke, there’s not going to be another referendum.

‘I don’t think it’s very democratic to seek to overturn a referendum without asking the people first.

‘I really think the only democratic way to get through this and to break the logjam is to go back to the people and trust their good sense.’

A senior Lib Dem source hit back and suggested Ms Thornberry had gone on the attack because Labour has been rattled by Ms Swinson and the party’s strong poll ratings.

‘This sort of language is outrageous and deeply unhelpful in our politics,’ the source said.

‘Thornberry knows the Lib Dem plan is to continue to fight for a People’s Vote, and that our revoke policy is if we win a majority in a general election.

‘This sort of attack on the Lib Dems is designed to distract from her woeful leader still hedging his bets and hoping Brexit goes through.’

Ms Thornberry is one of a number of senior Labour figures who wants the party to change its Brexit stance and formally back Remain.

Mr Corbyn is expected to face intense pressure from pro-EU Labour activists to change course at the party’s annual conference in Brighton next week.

Ms Thornberry said it was ‘important’ that the party’s membership had a say on Labour’s Brexit policy in order to find the ‘best way through’. 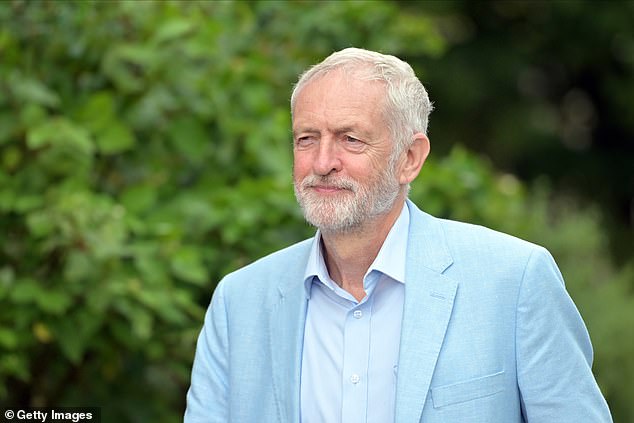 Jeremy Corbyn, pictured in Kirkcaldy on September 14, will face intense pressure at Labour conference next week when activists push him to back Remain

The shadow foreign secretary said she would continue to argue that Labour should campaign for the UK to Remain in the EU.

‘Not everyone agrees with me, so we need to thrash it out,’ she said.

Mr Corbyn has said he wants there to be an election and then a second referendum.

But Tom Watson, the deputy Labour leader, has argued a second referendum should take place before an election.

Ms Thornberry was damning as she addressed Mr Watson’s position.

She reportedly said: ‘It’s just how he is, isn’t it? I haven’t seen him for a while.’

Ms Thornberry said Mr Watson ‘can say what he wants’.