Eminem confronted a home intruder at his house in Detroit earlier this month, after a man slipped past the rapper’s security who were fast asleep.

TMZ report that the break-in happened earlier this month at around 4am at the 47-year-old rapper’s house which is situated inside a secured gated-community.

Law enforcement sources tell the outlet that the suspect, believed to be 26-year-old Matthew David Hughes, managed to break into the property by smashing a kitchen window with a paving stone before climbing into the house.

Face-off: Eminem (pictured above in 2018) confronted a home intruder at his house in Detroit earlier this month, after the man slipped past the rapper’s security who was fast asleep.

Per the report, an alarm system was activated during the break-in, but it did not wake Eminem’s security who were asleep.

Fortunately, the rapper – who has a net worth of $210 million – was awoken by the alarm, and got up to investigate – allegedly finding Hughes in his living room. After shouting for his security, the intruder was restrained.

Police were called to the home and Hughes was reportedly taken into custody. 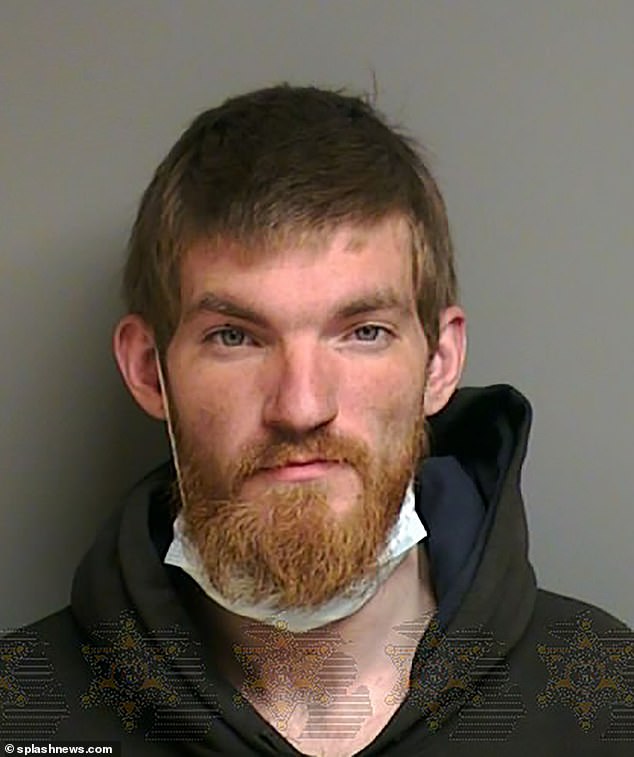 Break-in: Eminem’s accused home intruder Matthew Hughes is being held on $50k bond after allegedly coming face to face with the rapper at around 4am on April 6.

It has been claimed that Hughes was arrested on first-degree home invasion and malicious destruction of a building, which are both felonies.

Hughes is currently being held on a $50k bond at the Macomb County Jail, according to TMZ. He did not attempt to steal anything from the home, instead he was said to have wanted to meet the rapper face-to-face.

Eminem – real name Marshall Bruce Mathers III – is well-known for his 2000 track “Stan” which tells the story of an over zealous fan who becomes a stalker, named Stanley “Stan” Mitchell. 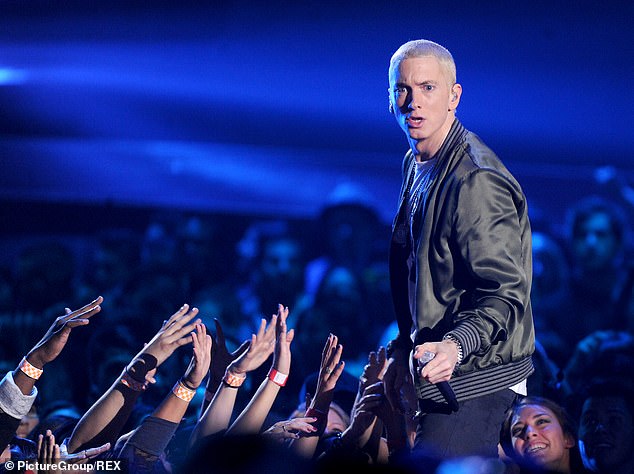 Stan culture: Eminem (pictured above in 2014) is well-known for his 2000 track “Stan” which tells the story of an over zealous fan who becomes a stalker, named Stanley “Stan” Mitchell.

The influential song is where the term “stan culture” comes from, describing dedicated fans of famous stars, who refer to themselves as “stans.”

The song is a cautionary tale to fans about taking everything your idol says literally.

In the lyrics, Eminem reveals how the character Stan starts writing him several letters, over three verses, where he becomes more obsessive and angrier when he doesn’t get a reply from the star.

Eminem offloaded one of his two Detroit-area mansions in 2017, when he listed his Rochester Hills home for $1.99 million, selling it for less than half what he allegedly paid for it for reasons unknown.