Wimbledon is just weeks away, but there’s no fighting talk from Emma Raducanu who has branded the pressure to keep winning tournaments ‘unrealistic’.

Speaking in NIke’s latest ‘What Are You Working on’ film, the tennis ace, 19, returned to her home town Bromley where she feels ‘most herself’, and opened up about how she’s ‘letting go of being perfect’.

She visited the courts where she learned to play as a child and the Canada Heights Motocross track in Kent where she went motocross and karting, aged nine.

‘I just really like the thrill. I kind of chase that,’ she explained.

The tennis ace added that when she feels truly herself, she believes she can be ‘pretty dangerous’.

The athlete is currently facing a race against time to be fit for Wimbledon after she called a medical timeout in the early stages of her clash with Switzerland’s Viktorija Golubic at the Nottingham Open last week.

Speaking in NIke’s latest ‘What Are You Working on’ film, tennis ace Emma Raducanu, 19, visited the Canada Heights Motocross track in Kent where she went motocross and karting, aged nine. 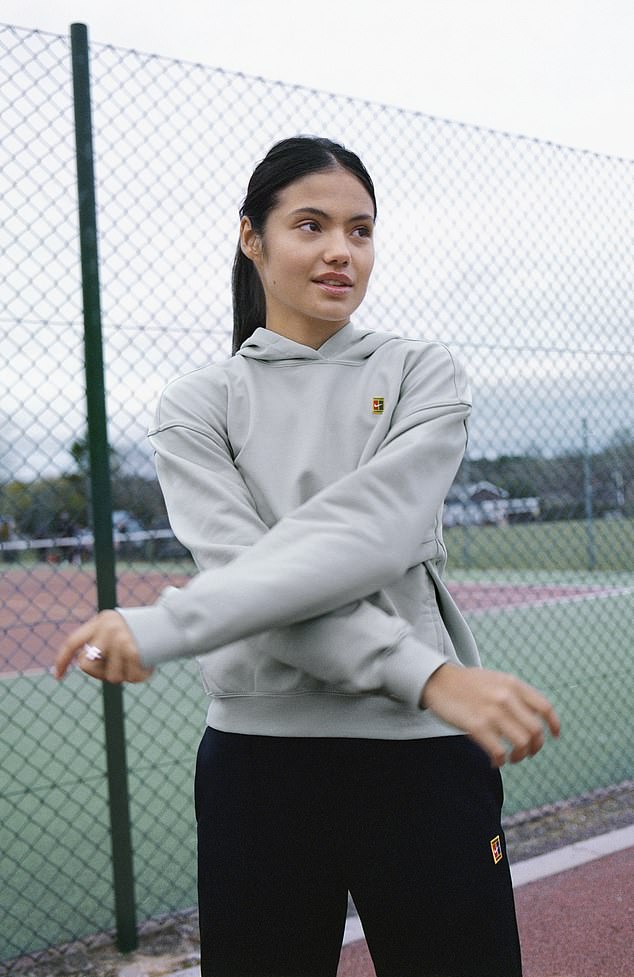 The 19-year-old star, from Bromley, took the camera crew to her hometown and opens up about how ‘she’s letting go of being perfect’

She took painkillers and tried to continue but was forced to retire from the game entirely while trailing 4-3 in the first set, after struggling with a pain in the left side of her abdomen.

Opening up about pressure she felt after being forced to withdraw from last year’s Wimbledon fourth-round match fourth round match, she explained: ‘I walked away from Wimbledon. I never experienced anything like it.

‘I just let all the emotions go like crazy. I took that straight into training and then the US Open happened.

‘After winning the US Open everyone just expected me to win every single tournament I was ever going to play again. 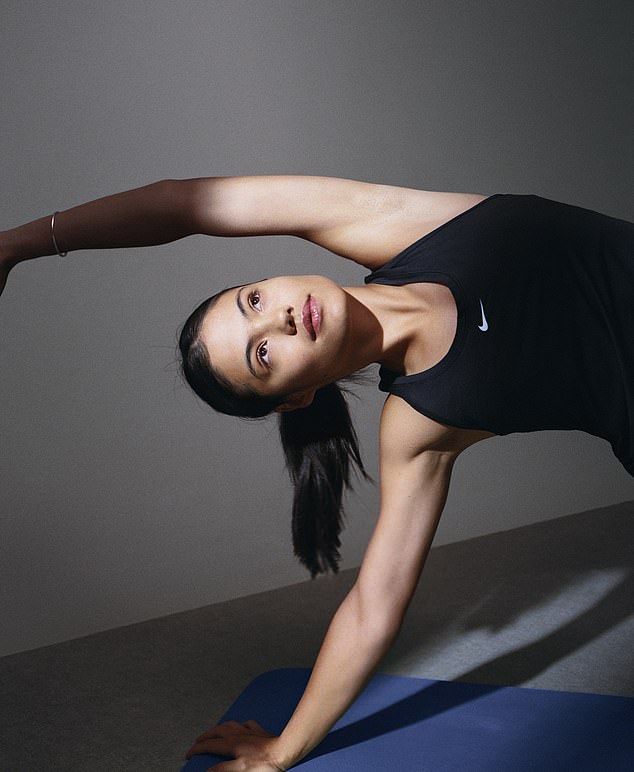 Emma, pictured practicing yoga, said she’s doing her best to ‘switch off’ more from tennis and is ‘letting go’ of her pursuit of perfection

She added that she’s ‘woking on letting go’ and trying to ‘switch off more’, saying she’s ‘letting go of being perfect at all times and being afraid to look bad in front of myself.’

The short film for her sponsor brand concluded with footage of Emma on the court.

‘If you’re always perfect and looking good, you’re not actually pushing yourself and doing things that will improve you,’ she said.

The Championships has announced record prize money for this summer’s tournament as it seeks to avert a player boycott after being stripped of ranking points over its ban on Russians and Belarussians.

Those entering will compete for a total prize pot of £40.35 million, 11.1 per cent more than at last year’s event and 5.4 per cent higher than the previous edition in 2019.

Emma was born in Toronto, Canada, and was raised in Bromley. Her father is from Romania and her mother is from China. Both parents work in the finance sector. She has said in the past her parents ‘both came from very academic families’. 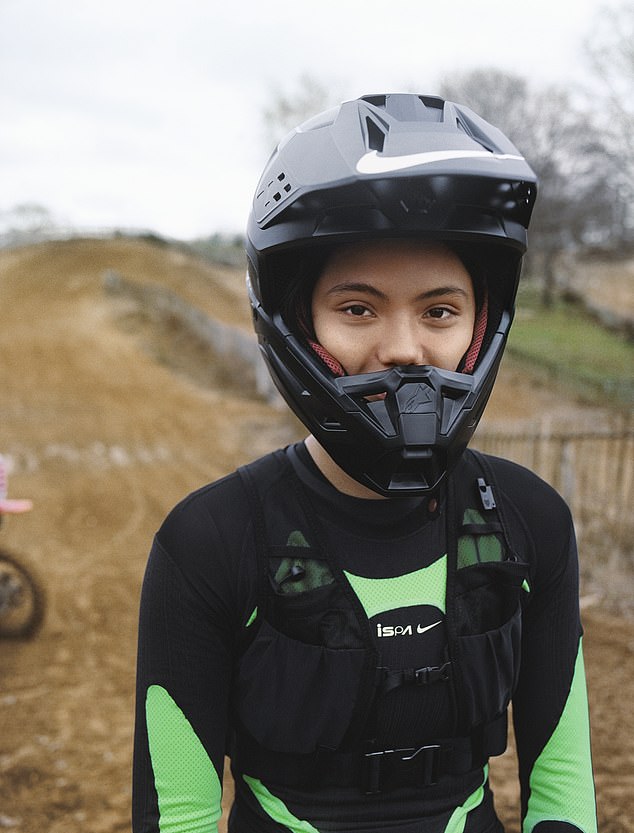 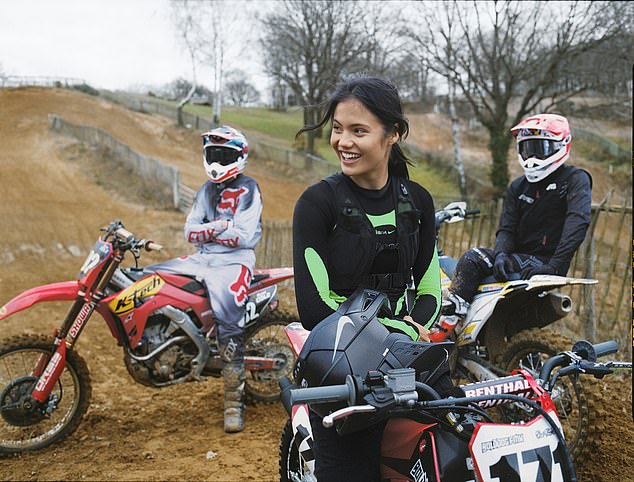 Emma with her motorcross friends during the film by Nike, ahead of Wimbledon in two weeks. Her fondness for motor sports, especially Formula One, has stayed with her into adulthood

Emma moved to the UK when she was two, and was five when she started playing tennis. She has said she loves all sports like basketball, skiing, horse-riding and in the Nike film you can see her participating in motorcross.

It could hardly have been better for Emma that Bromley Tennis Centre was adjacent to Newstead Wood, the selective grammar school where she had secured one of the much sought-after places.

The only child of Ian and Renee, she had wound up in one of the best locations in the country to hone a tennis player. The Raducanus had taken a circuitous route to arrive in this commuter area on the fringes of south-east London. 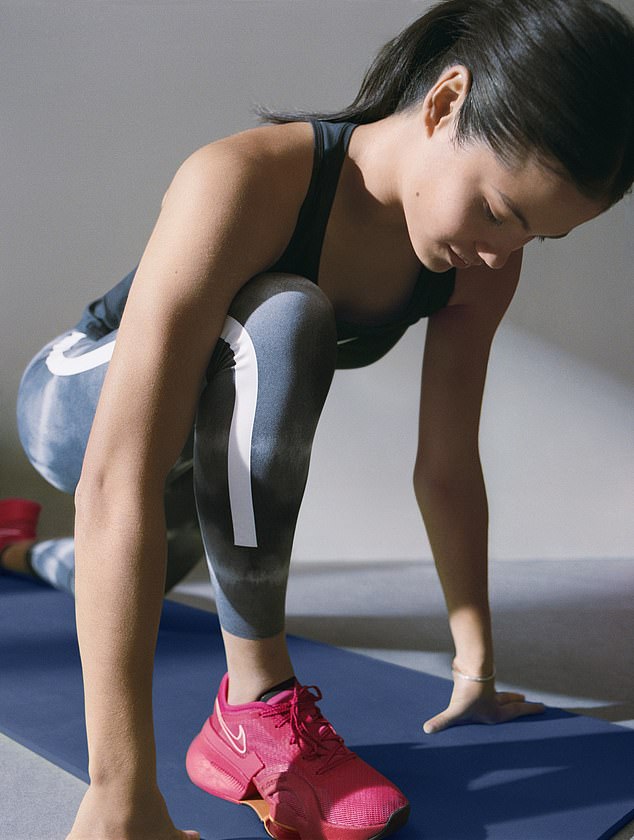 The tennis ace, pictured doing yoga, is facing a race against time to be fit for Wimbledon after withdrawing from last week’s Nottingham Open with stomach pain

Before concentrating purely on tennis, they ensured that their only child sampled plenty of different sports and activities.

Ballet classes were one thing, while there were also regular trips to a converted bus garage in Streatham where she enjoyed go-karting, before graduating to motocross on two wheels. Her fondness for motor sports, especially Formula One, has stayed with her into adulthood.

Yet tennis became her overriding passion. She had first picked up a racket aged five when her parents gave the sport a try in local parks, and the first time she got her name on an honours board was when winning the Bromley Tennis Centre’s tournament for under eights at the age of six. By the age of seven she had made the final of a national winter tournament in Oxfordshire. 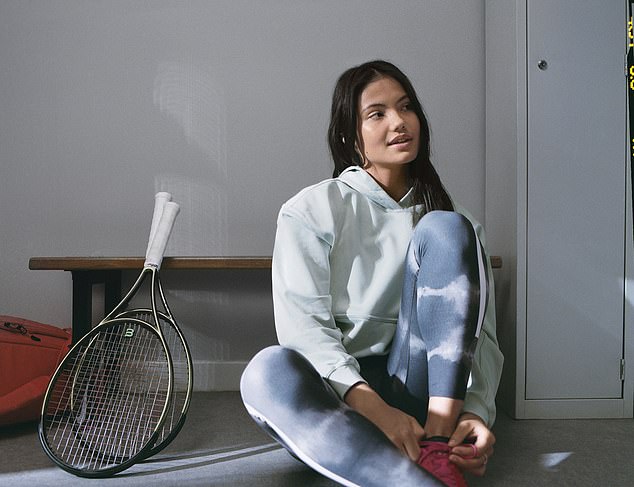 Bromley Tennis Centre was adjacent to Newstead Wood, the selective grammar school where Emma had secured one of the much sought-after places 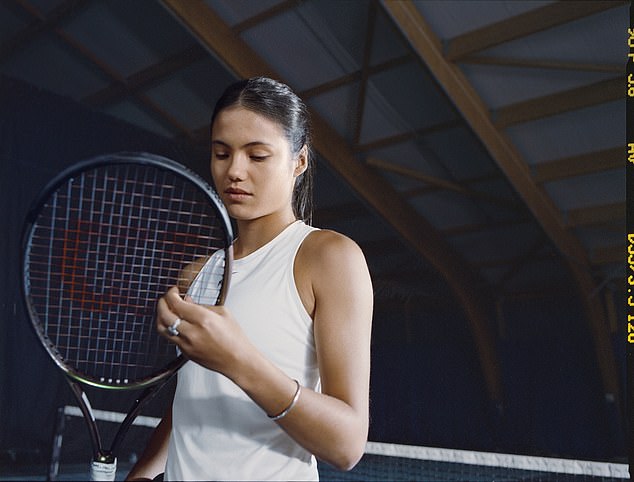 The first time she got her name on an honours board was when winning the Bromley Tennis Centre’s tournament for under eights at the age of six. By the age of seven she had made the final of a national winter tournament in Oxfordshire

At a young age, Emma had made an impression on former British No 1 Anne Keothavong.

‘Soon after I retired in 2013 I was doing my coaching qualifications and on a couple of sessions I was given Emma as my guinea pig,’ she recalls.

‘I had been told Emma was promising and it was pretty obvious why. You don’t see many kids trying to take the ball early and on the rise like she was doing. I wasn’t long off the tour and I remember thinking, “I’m really having to concentrate here” when I was hitting with her.’ 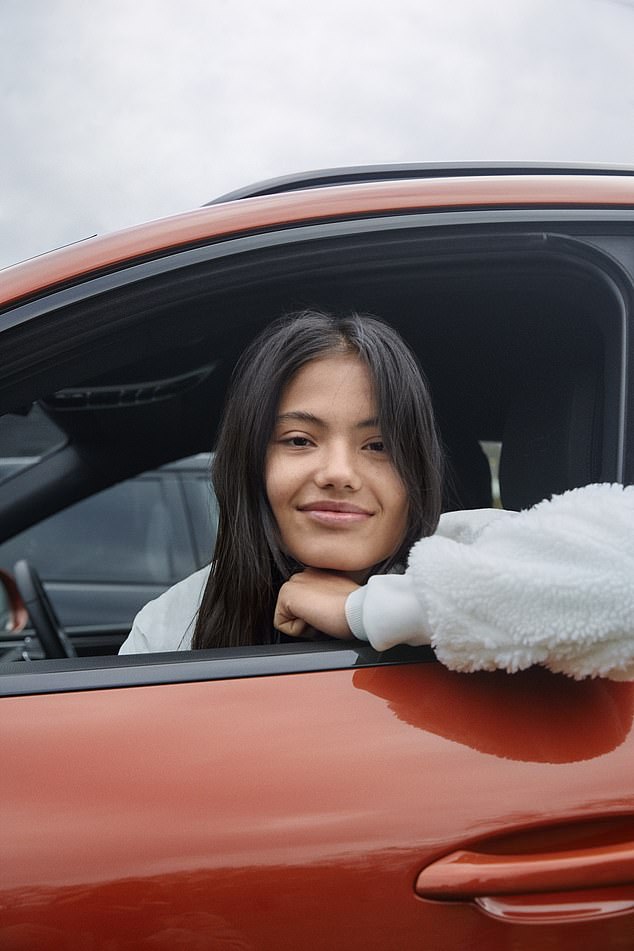 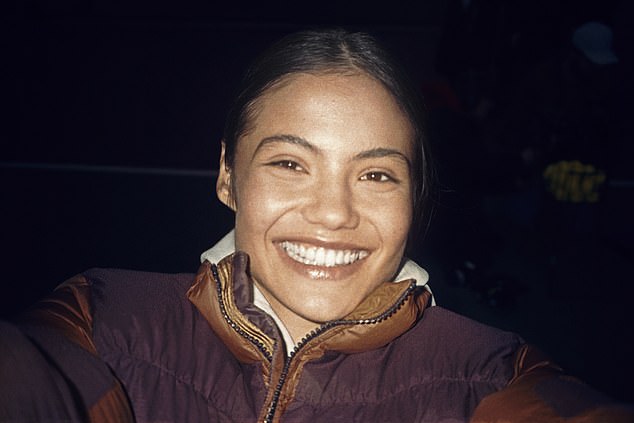 Earlier this year a man was found guilty of stalking her at her home and said the incidents made her feel unsafe in her house and concerned to go out alone. In February the offender was handed a five-year restraining order

Some seven years later, with the world in lockdown, former Davis Cup player turned TV commentator and coach Mark Petchey was brought in to do some extra on-court work with Raducanu while her adviser — Belgian coach Philippe Dehaes — was unable to travel to the UK.

Her first appearance back on court since the start of the Covid-19 pandemic came in early July 2020 — in the week which should have seen the start of Wimbledon — when a British Tour event was going on at Roehampton.

Under strict supervision, some of the country’s better prospects gathered and Raducanu was to reel off four victories and emerge the winner.