Emma Raducanu has been urged to ’embrace’ the spotlight she will be under at this year’s Wimbledon by fellow Brit Cameron Norrie.

Raducanu is gearing up to return to the scene of where her meteoric rise began with her run to the fourth round last year.

The 19-year-old went on to shock the sporting world by winning the US Open, and will return to SW19 as a grand slam champion, British No 1 and, inevitably, carrying the hopes of a nation.

Second-round exits at the Australian and French Opens may have tempered expectations slightly, but men’s No 1 Norrie says the focus will still be on the Kent youngster.

Norrie, 26, said: ‘She has had a lot of attention after the US Open – I don’t think it will be any easier around Wimbledon.

‘Hopefully she will go and embrace it. She knows exactly how much attention she will get. It will be even more.

‘She needs to keep her head down, keep enjoying the tennis, I’m sure she is looking forward to the grass. I think it is one of her best surfaces as well. It will be a lot of fun.

‘At 19, I was doing different stuff than she is now. She is having to deal with a lot more pressurised situation and bigger moments than I was at the same age. 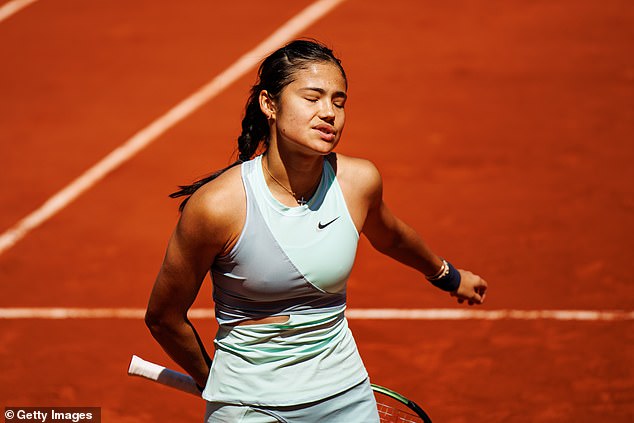 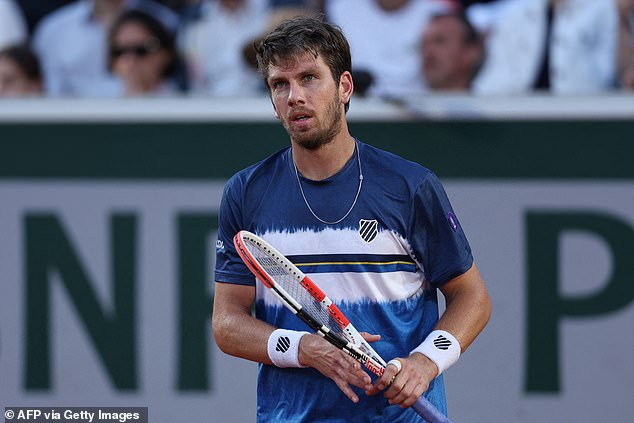 Cameron Norrie was the last Brit standing at Roland Garros this year, exiting in round three

‘I was in college enjoying myself and living a more normal life.

‘She is very mature, very well spoken and hopefully she can let her tennis do the talking at Wimbledon. She played great there last year.

‘Hopefully she can use the home crowd to her advantage – people will be loving her.’

Norrie was the last Brit standing at Roland Garros this year, his run ending with a third-round defeat to Russia’s Karen Khachanov late on Friday night.