The actress, 30, who last starred in Oscar-nominated film Little Women, was pictured kissing a mystery man in London last October.

The man in the photographs can finally be identified as Leo, 30, and it’s believed the relationship is so serious that Emma has even introduced her new love to her parents, Jacqueline and Chris.

A source revealed: ‘Emma and Leo did everything in their power to keep their relationship private.

‘After they were pictured kissing in October Leo removed himself from all social media in an attempt to protect their romance.

‘But his closeness with Emma didn’t go unnoticed by his colleagues at the time, who were shocked to see Leo in the arms of a world-famous actress.’

An insider added to MailOnline: ‘Emma introduced Leo to her parents, she was really serious about him. 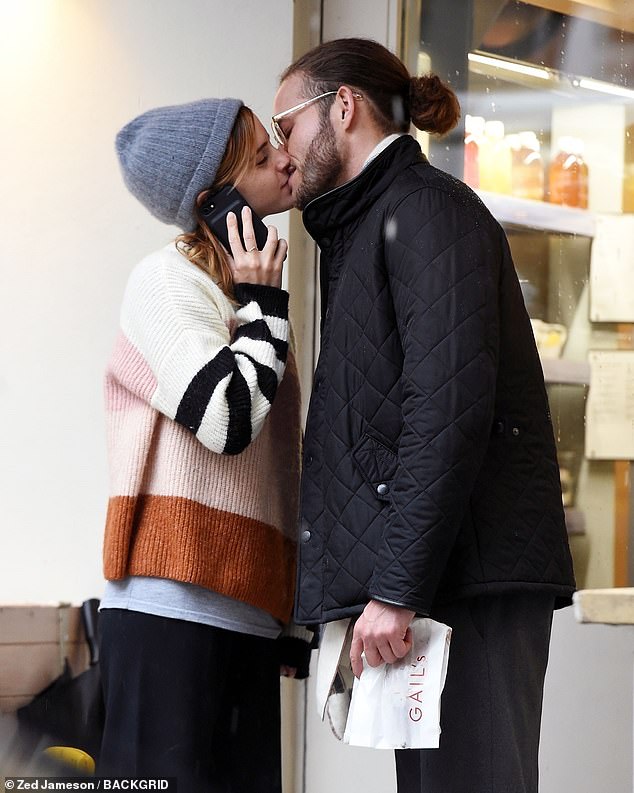 ‘They went for a meal together back in December at The Ivy restaurant in St John’s Wood not long after Emma and Leo first met.’

A spokesman for Emma told MailOnline: ‘I’m afraid I do not comment on speculation regarding Emma’s private life.’

The child star, famed for her role as Hermione Granger in the Harry Potter franchise, was dressed down in a jumper and woolly hat while Leo wore glasses and his long hair in a bun. 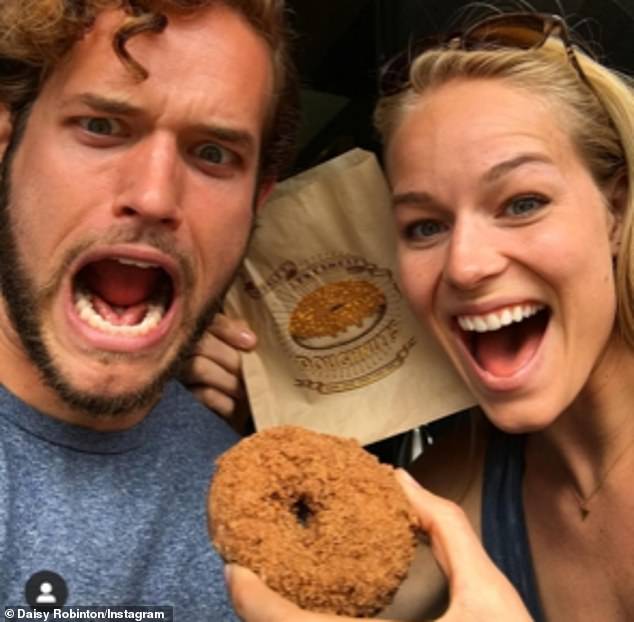 Family: According to a source, Leo, pictured with sister Daisy who’s a model and scientist, came off social media to protect his romance with Emma

Businessman Leo previously worked at a company which specialises in legal cannabis, but left his position in June 2019.

His sister Daisy studied at Harvard, a prestigious Ivy League university in Massachusetts.

Daisy, who follows Emma on Instagram and shares her keen interest of yoga, focuses on stem cell research and made waves for her Ted Talk, ‘Can we Engineer the End of Ageing.’ 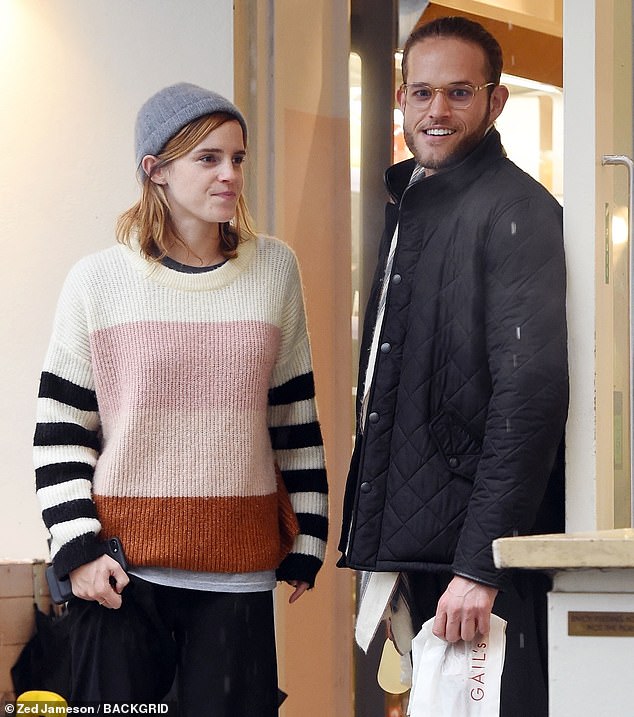 Spotted: Businessman Leo, last seen with Emma in October, previously worked at a company which specialises in legal cannabis, but left his position in June 2019 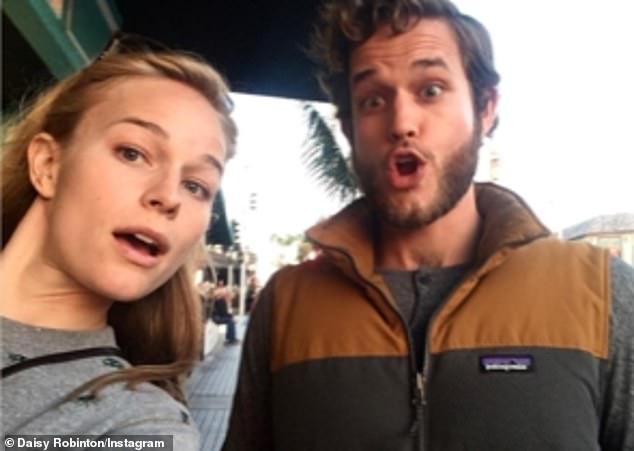 Siblings: Daisy, who follows Emma on Instagram and shares her keen interest of yoga, focuses on stem cell research (pictured with brother Leo)

Emma described herself in an interview with British Vogue last November as ‘self-partnered.’

‘I was like, “This is totally spiel”. It took me a long time, but I’m very happy. I call it being self-partnered.’

But she also confirmed she was dating, saying: ‘Not one specific person but I’m going on dates.’ 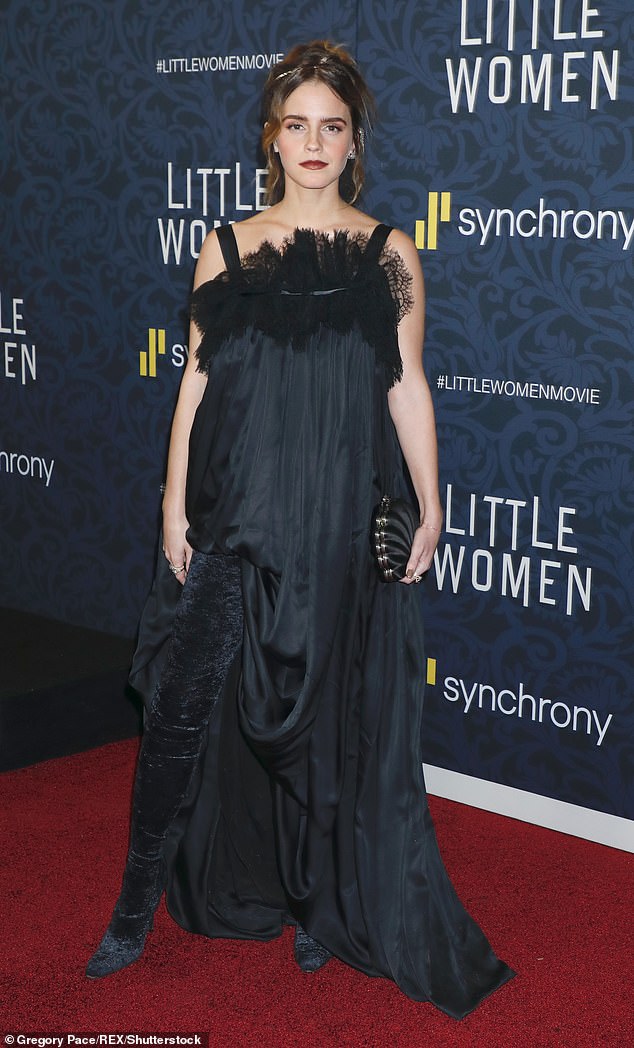 Single? In an interview with British Vogue last November, Emma described herself as ‘self-partnered’ but also admitted to ‘going on dates’ (pictured in December 2019)

Emma was linked to her former co-star Tom Felton, 32, who played Draco Malfoy in the Potter films, after a photo of them spending time together in their pyjamas last year excited fans.

But Tom confirmed in November 2019 that he was single, telling MailOnline: ‘I’m in the same category to be honest with you, quite happily self-partnered.

‘I think in this day and age it’s not a necessity to be with someone just for the sake of being with someone, so I like the idea of self-partnering.’

In 2018, Emma dated New York businessman Brendan Wallace, 38, with the pair spotted kissing during a holiday in Mexico.

But they called it quits after a year and Emma later described their break-up as ‘horrendous.’ 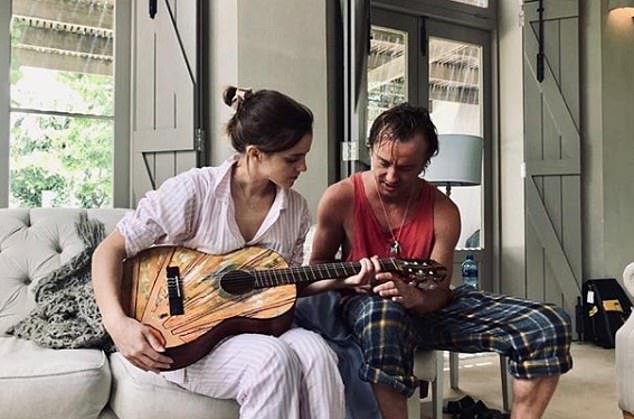 Just friends: Emma was linked to her former co-star Tom Felton, 32, who played Draco Malfoy in the Potter films, after a photo of them together in their pyjamas excited fans