The 31-year-old confirmed his departure from the ITV show on Twitter after five years in the role, with a source telling The Sun it was due to growing tired with the daily hours in the makeup chair as part of the acid attack storylines.

Michael’s exit after five years playing Ross Barton comes as he is nominated for Best Actor at the British Soap Awards for his role, being at the centre of plenty of storylines including Robert Sugden’s shooting, almost being killed by his brother Pete, and most recently the horrific acid attack.

Taking to social media on Wednesday night Michael confirmed the news by saying: ‘Yes I’ll be leaving the soap soon. Have had the best few years at Emmerdale but it’s time to move on and explore other avenues. If I win that soap award I might stay though.’

However a source told The Sun that Michael chose to leave the show due to being unhappy with his choice of story lines, as well as the hours he would spend having the makeup applied to recreate the scarring caused by an acid attack.

They said: ‘Mike has told anyone who will listen how much he hated his storylines and what bosses had done with his character. 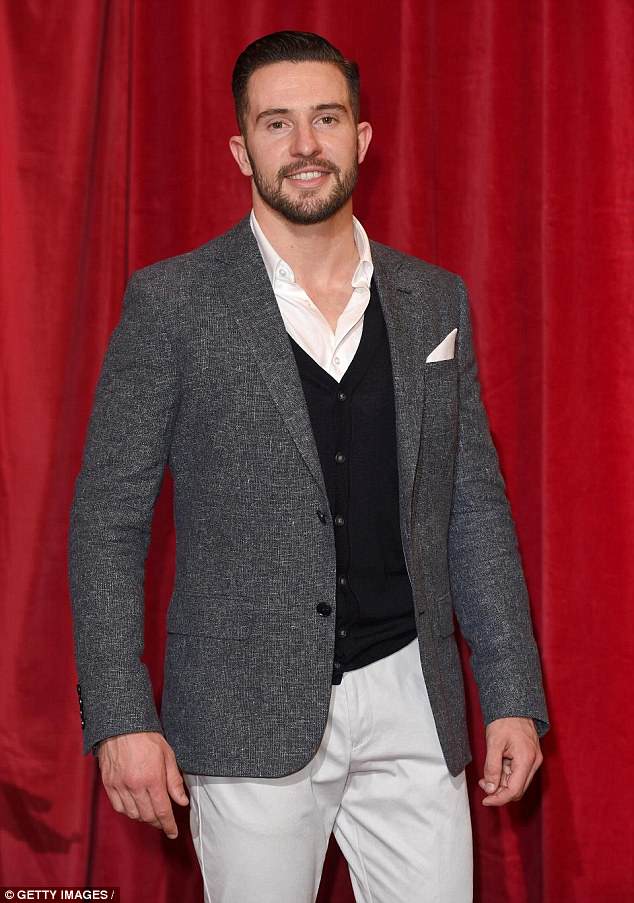 Over: The 31-year-old soap star confirmed the news on Twitter, saying goodbye to the character of Ross Barton after five years in the role

Sad: Michael tweeted that he will be leaving the show, but hinted that he may stick around if he wins Best Actor at the British Soap Awards next month

‘He particularly hated the make-up he had to wear for the acid attack storyline. He’s been fed up for ages and has finally told bosses he’s off.’

MailOnline has contacted representatives for Michael Parr and Emmerdale for further comment.

Emmerdale’s acting producer Kate Brooks told The Sun that Ross Barton will depart later this year when his contract comes to an end, but remained ever-tight lipped on whether he will be killed off. 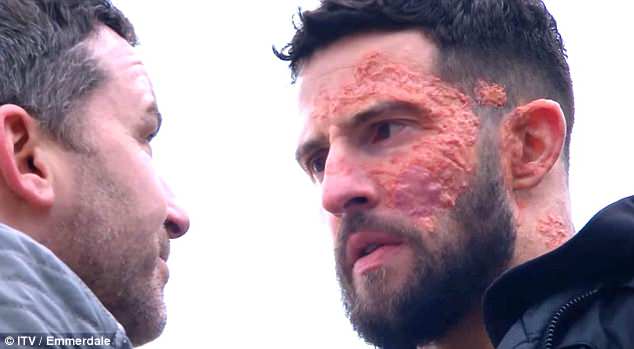 Controversial: Sources have told The Sun that Michael reportedly chose to leave the soap due to growing tired with hours in the makeup chair as part of his acid attack storyline 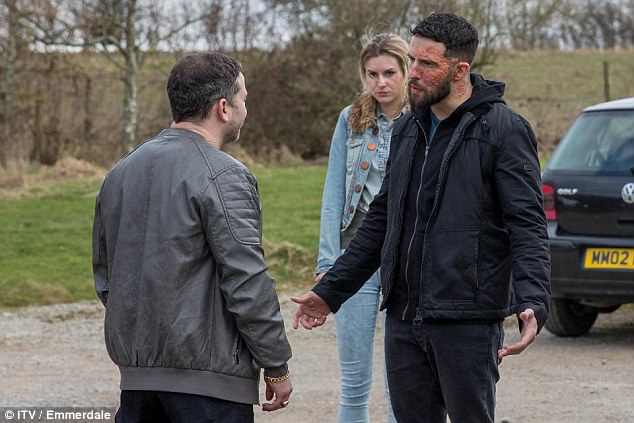 Dark: Ross has been at the centre of numerous dark story lines, including the acid attack plot earlier this year

She said: ‘His decision to pursue other acting opportunities has given the writing team the opportunity to create an intriguing storyline for his exit.’

Ross has been at the centre of numerous hard-hitting storylines in his five years in the Dales, and was even thought dead in 2015 after being caught up in a fight with his brother Pete (Anthony Quinlan).

Luckily he was revealed to be barely alive after being found lying in a hospital, and was then revealed to be the man who attempted to kill Robert Sugden (Ryan Hawley) in a special flashback episode. 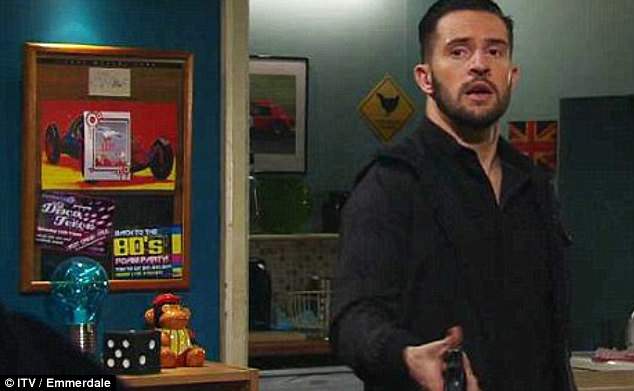 Dramatic: One of Ross’ biggest early story lines was when he was revealed as the man who tried to kill Robert Sugden by shooting him 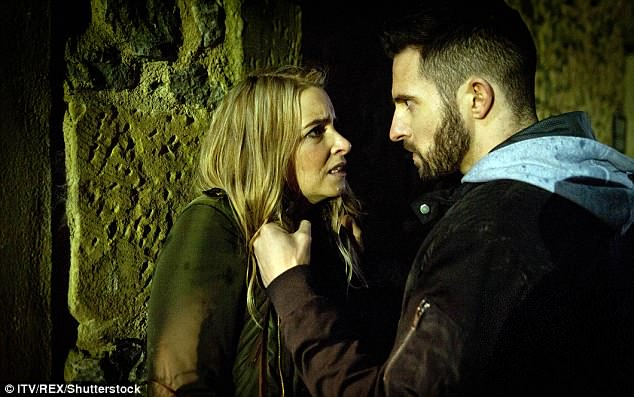 Explosive: Then in another surprise twist, he was unveiled as the father of Charity Dingle’s son

To add to the drama, after Charity Dingle (Emma Atkins) was revealed to have given birth to son Moses in prison, Ross was discovered as the baby’s father.

Ross was then at centre of yet another Who Done It last year, accused of killing his mother Emma (Gillian Kearney) by pushing her off a bridge after she accidentally shot his brother Finn (Joe Gill), though it was later revealed that the culprit was his aunt Moira (Natalie J Robb).

But undoubtedly Ross’ biggest storyline has been his horrific acid attack earlier this year, leaving the character scarred after being wrongfully targeted by Simon thinking that he was the villainous Joe Tate (Ned Porteous).

It has left the former bad boy on a vendetta to get his revenge, with scenes set to air this week and the next showing one character being shot by a gun that Ross acquired.

Emmerdale continues on Thursday 24th May at 7pm and 8pm on ITV. 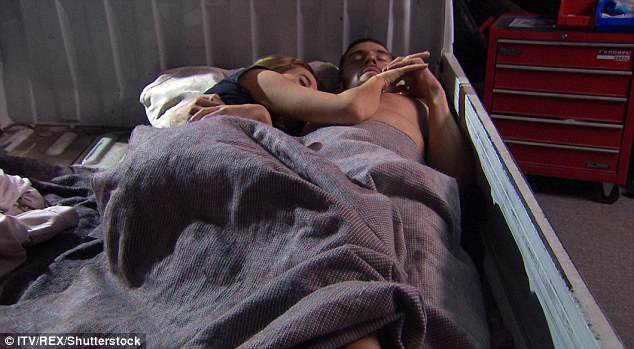 Star-crossed: In an ongoing plot Ross has battled with his feelings for Debbie Dingle, but remains clueless to the face that she is responsible for his acid attack 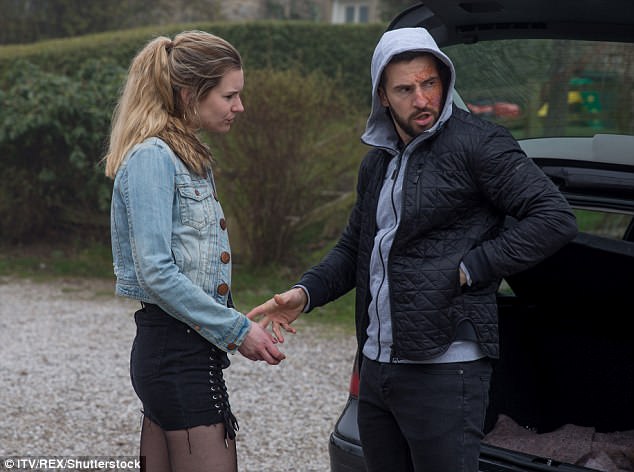 Scarred: And in more shocking scenes this week, after acquiring a gun Ross will be involved in the shooting of a character, but who will it be?