Emmerdale actor Mark Jordon today revealed that he began shouting in his sleep due to the stress of being accused of attacked a pensioner in a pub.

He told Good Morning Britain that night terrors plagued him as his world was ‘turned upside down’ during the crown court case.

The former Heartbeat star was cleared of assaulting a man that he bit on the nose in self-defence while celebrating his engagement to Laura Norton.

This morning he told Richard Madeley and Kate Garraway that his fiancee regularly awoke to find him screaming while asleep. 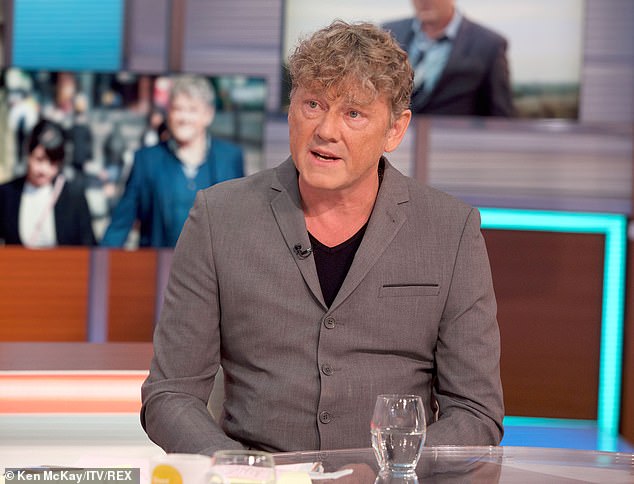 ‘There was a lot of times Laura would say I was shouting out in my sleep,’ he said. ‘The stress, accumulating, comes out in ways that you don’t realise.’

But he told the presenters that he became strangely calm while a jury was considering his fate at Manchester Crown Court on August 6.

‘That waiting period was spent with colleagues, who kept me busy,’ he said. ‘As weird as it is there was a calm. I felt quite centred, if that makes sense.’ 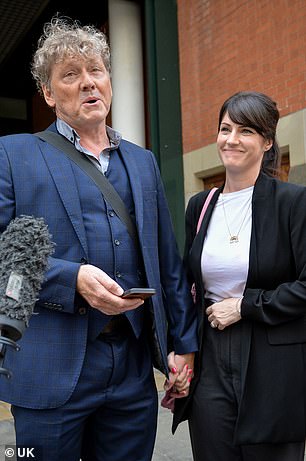 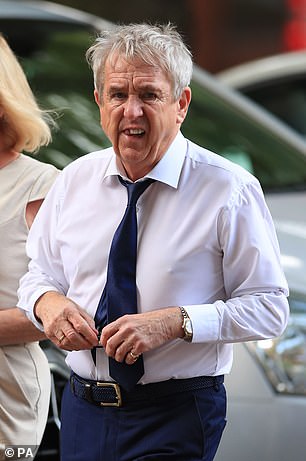 Giving evidence, Jordon (left, with Ms Norton today) said Mr Potts (right) kicked him in the groin and they both fell in the road

He said that he was ‘holding dear’ to the idea of returning back to the ITV soap after he was written out during the case, with bosses saying they remained open to him coming back if cleared.

Jordon had been drinking outside the Farrars Arms in Oldham, Greater Manchester, with family and friends when an argument broke out.

The jury heard a row erupted after Mr Potts’s partner Rosalind O’Neill made a comment about Jordon’s 18-year-old daughter, Poppy. 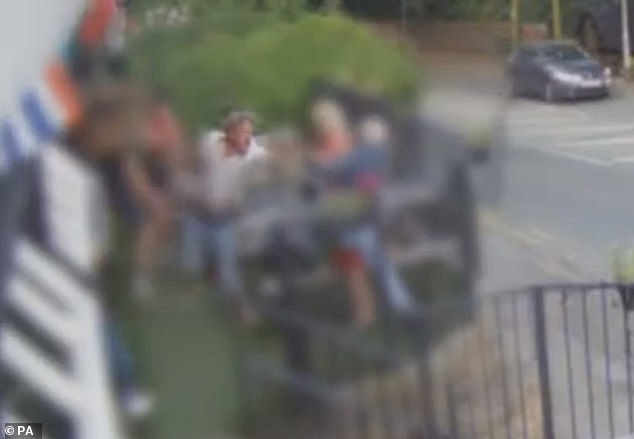 Jordon denied pushing Mr Potts’s partner Rosalind O’Neill to the floor and said CCTV footage from the beer garden showed him trying to grab Mr Potts’s phone, not trying to be violent

CCTV footage showed Jordon having to be held back from Mr Potts. Jordon claimed he was trying to grab a phone from Mr Potts, who he said called the teenager a ‘slag’ and claimed he had video of her which he would post on YouTube.

The actor denied Mr Potts’s claims that he had been taking cocaine and said a punch from the pensioner made his nose bleed. Jordon told the court he bit Mr Potts in self-defence as the pensioner attacked him.

Today he spoke of how upset he’d been at being accused of something so out-of-character.

‘I might be very boring, but I do have a reputation of being a good character and a nice bloke,’ he said. ‘To suddenly be labelled something that’s quite villainous and aggressive – it just turns your life upside down.’