An emotional Duchess of Sussex thanked her new father-in-law, during an unprecedented royal wedding speech, for the welcome he has given her to the Royal Family.

One source described how Meghan expressed her gratitude at how welcoming the prince had been to both herself and her mother, Doria Ragland.

The bash at Frogmore House was a star-studded occasion of extraordinary glamour that was hosted by Prince Charles, featured music from Sir Elton John and concluded with an impressive fireworks display outside the historic 17th century venue.

And Prince Harry and Meghan Markle’s wedding reception is also said to have featured a ‘naughty’ speech from best man Prince William, a thanks from Meghan to the Royal Family for welcoming her in and a ‘surprise’ from compere James Corden. 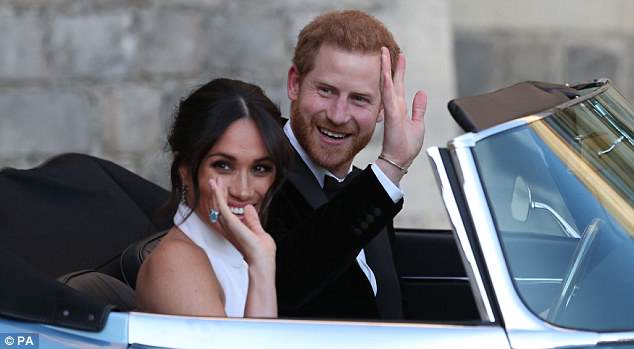 Guests dined on posh burgers among other dishes, with candyfloss on offer for those with a sweet tooth – and there was reportedly a cocktail on offer named When Harry Met Meghan.

The sit-down dinner was organic, sourced at the request of Prince Charles, and the light-bite canapes were themed ‘spring meets summer’.

Charles had also spent a great deal of time with Harry and Meghan choosing the music to be played at their service, particularly for while guests were waiting for the bride and groom to arrive.

He, the Daily Mail understands, came up with the idea of having a gospel choir perform at the ceremony and put them in touch with a suitable group. The Kingdom Choir brought the house down, particularly with their performance of Ben E King’s Stand By Me.

Charles also invited Miss Ragland to have tea with him and Camilla at Clarence House shortly after she arrived in London from Los Angeles on Wednesday. By all accounts, the event went swimmingly and everyone got on ‘famously’. 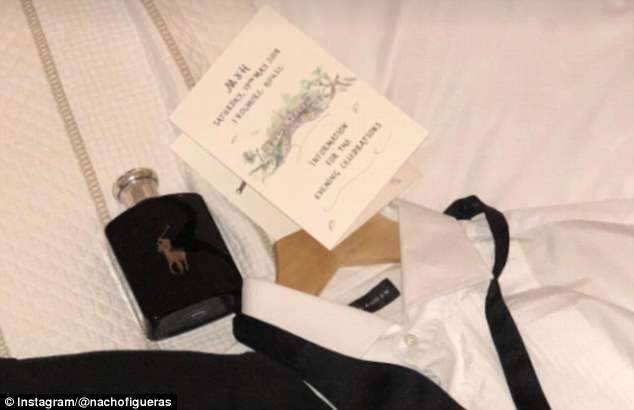 The evening invitation given to selected guests to attend the final part of Prince Harry and Meghan’s wedding celebrations. The small A6 piece of card featured a hand-painted image of Frogmore House along with details about the event 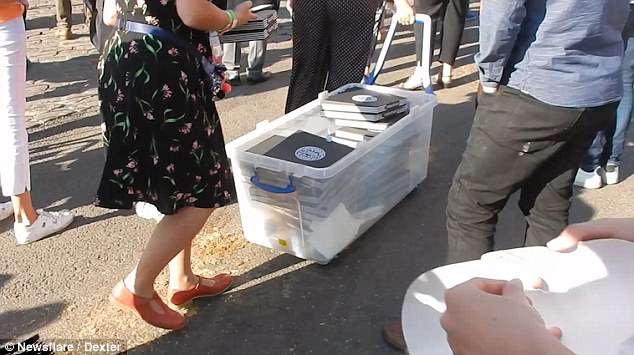 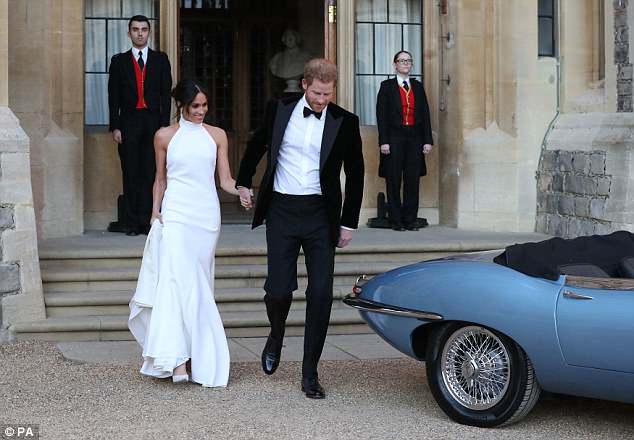 Meghan is wearing shoes from Aquazurra made in silky satin, with nude mesh, with soles painted in baby blue

‘It was very warm and there was a real connection there,’ said a source.

And, of course, Charles stepped in at the last minute to escort his son’s fiancee to the altar after her father, Thomas, pulled out of attending the ceremony due to apparent heart surgery.

It is understood he was ‘terribly touched’ to have been asked, in another sign of the growing bond between the prince and Harry’s new wife. Harry whispered ‘Thanks, Pa,’ and smiled as Charles left Meghan at his side.

The Cartier jewellery Meghan wore on Saturday was her something new. It included the £136,000 white gold and diamonds Reflection de Cartier bracelet she wore with her wedding gown and the stunning £60,000 matching earrings she wore with her evening dress.