Emotional video of Mexican daughter, 40, reuniting with her parents for the first time in 20 years

Maria Elena Esparza made a life-changing decision 20 years ago to leave her parents and 10 siblings behind in Mexico for a better life in the United States.

Fearing arrest because she is undocumented, the 40-year-old hasn’t seen her family for two decades.

But she got the chance to reunite with her elderly parents  at Seattle-Tacoma International Airport after they made the trip from their hometown.

Her father,  Sostenes Esparza-Munos, 81, and mother, Esperanza Rodriguez-Rodriguez, 80, concluded the last leg of a three-plane journey to Seattle-Tacoma International Airport.

At first Maria Elena’s mother wasn’t recognizing after so many years of being apart across the border walls.

Her 20-year-old daughter Maria Acosta-Esparza made sure to capture every second of her mother’s and grandparents’ heartwarming meeting inside the airport’s arrival waiting area.

‘Well it was very emotional,’ Maria Elena told the Daily Mail on Tuesday as she was on her way to see her parents.

‘It was a very special day for me. It was something indescribable. I don’t even know how to explain it.’ 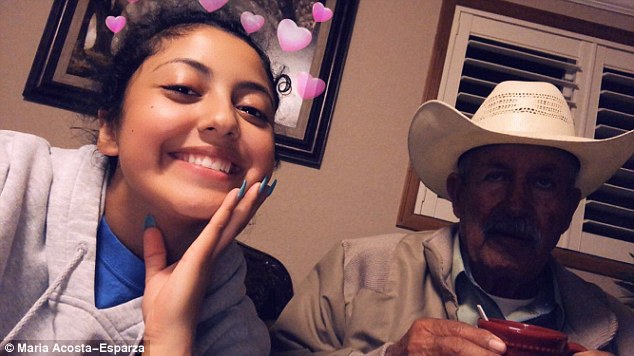 Maria Elena, 40, wasn’t too sure she’d ever live that special family moment she experienced.

With her husband already settled in the Seattle, Washington area, Esparza, then 21, made the life-changing decision of crossing the Mexico-US border with her first-born child, Acosta-Esparza, who was almost two-years-old.

Before you knew it, the family had ballooned up to three girls and a boy.

Because of Maria Elena’s undocumented status, as well as her husband’s, the Mexican housewife couldn’t travel back back to her hometown in central Mexico for fear that she wouldn’t be able to return to her family in Seattle.

So they settled on talking over the phone until technology started to evolve and gifted the large family Facebook and then Facetime as other venues where they get an up-close idea of how the family looked. 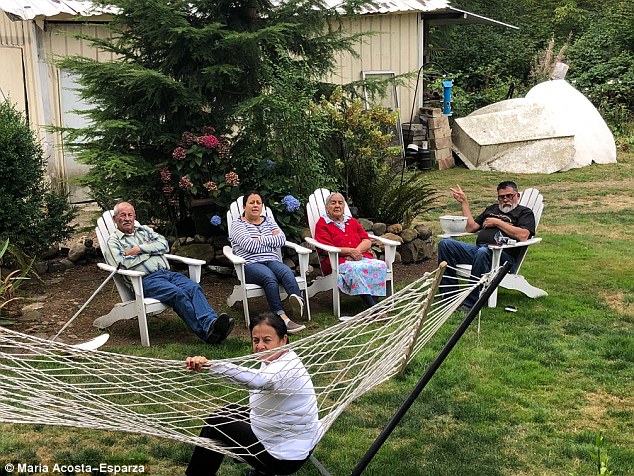 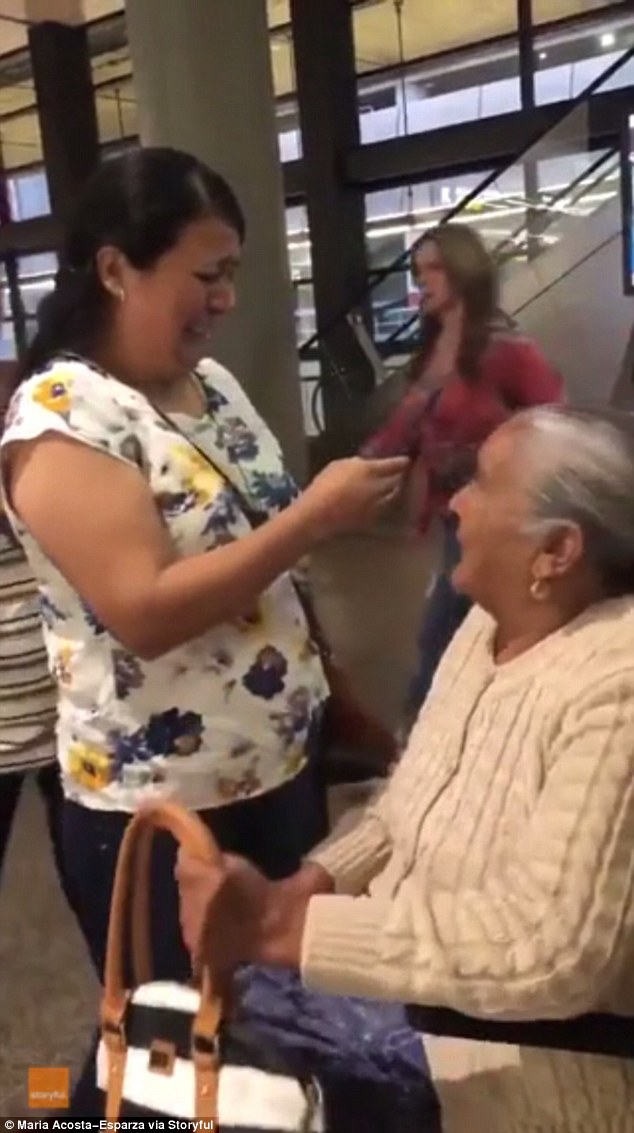 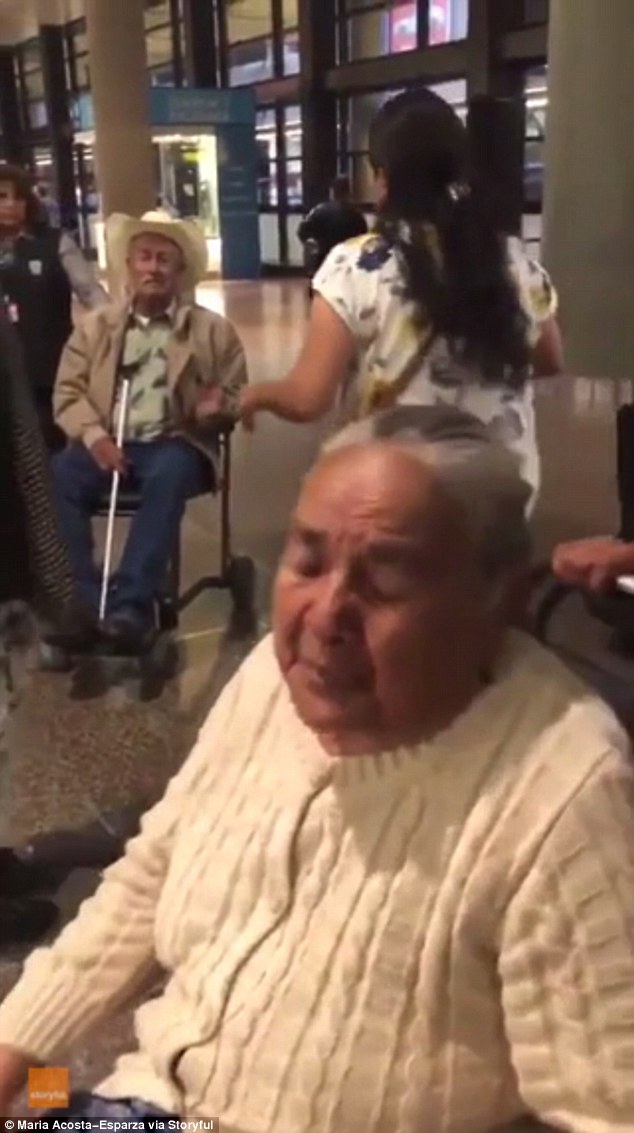 But as soon at the conversation pauses until the next time, it obviously tore her heart, too, not being able to physically touch her mother

Her parents applied for a tourist visa on two occasions and were denied.

‘I wasn’t sure if I was going to see my parents. It was kind of breaking my heart,’ she added.

The third time was a charm as they”ll spend about three weeks in the Pacific Northwest before returning to their homeland.

‘There were moments that I did think I wouldn’t see them. But I never lost faith that I would see them,’ Maria Elena added.