Another woman has accused Jeffrey Epstein of sexual assault, accusing the convicted pedophile of attacking her on ‘multiple occasions’ and threatening to hunt her down and burn her if she told anyone about the abuse.

The anonymous person is the fifth Jane Doe being represented by celebrity attorney Lisa Bloom’s firm in cases against the disgraced financier’s estate and says she worked for a ‘close friend’ of Epstein.

Epstein – who killed himself in a New York jail last year while awaiting trial on sex trafficking charges – was in contact with the accuser for 10 years.

‘Yesterday we filed a new lawsuit against the Epstein estate on behalf of a fifth woman, Jane Doe 5, who knew Epstein from 2003 through 2013,’ Bloom announced Thursday. 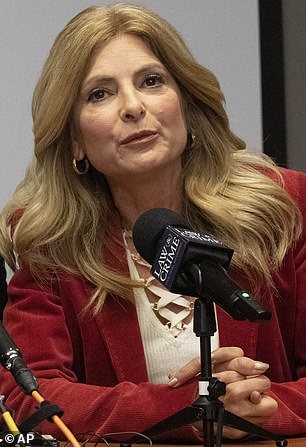 A new woman has filed a sexual assault lawsuit against Jeffrey Epstein’s estate. Lisa Bloom’s firm is representing Jane Doe 5 in another case against the convicted pedophile who killed himself in prison last year

‘Jane Doe 5 worked for a close friend of Epstein’s, and alleges that Epstein frequently hypersexualized her work environment, controlled her clothing, hairstyle and diet, and ultimately sexually assaulted her on multiple occasions.’

It’s unclear what years the alleged abuse took place. Epstein was sentenced to more than a year behind bars in 2008 but was allowed out on day release for a substantial amount of time.

Bloom states the anonymous person remained silent for a decade as Epstein would threaten more physical harm on her.

She claims he told her: ‘I will burn you, I will hunt you down.’

The victim claims it was so bad that she even feared her loved ones were in danger.

Jane Doe 5 also suffered mentally and was unable to continue life as normal due to the alleged actions of Epstein.

‘Jane Doe 5 alleges that she feared for her life and the lives of her friends and family,’ Bloom continued. ‘She alleges that she suffered serious debilitating psychological injuries as a result of Epstein’s abuse and threats,’ Bloom added. 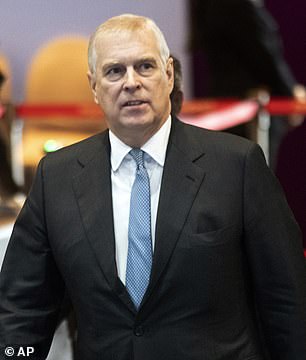 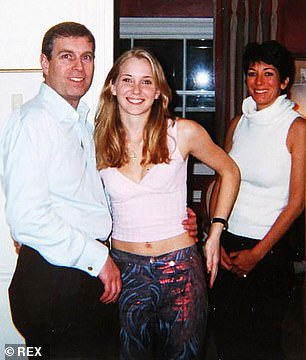 Last week Bloom demanded that Britain’s Prince Andrew be sent to the United States for questioning about his ties to Epstein. The prince denies wrongdoing and claims he had never met Giuffre despite appearing in a 2001 picture with her alongside Epstein’s ex-girlfriend Ghislaine Maxwell (right)

A lawyer for Jeffrey Epstein’s estate on Tuesday blamed the attorney general of the U.S. Virgin Islands for its inability to begin payouts to victims of the late financier’s sexual abuse.

At a hearing in federal court in Manhattan, the lawyer Bennet Moskowitz said Attorney General Denise George’s lawsuit and filing of liens against the estate, plus her intervention in the probate of Epstein’s will, have left the estimated $577.7 million estate unable to pay even basic expenses.

More than 20 Epstein accusers have filed civil lawsuits against the estate. Tuesday’s hearing discussed those cases, some of which may be resolved through the compensation fund.

He said that hurts Epstein’s accusers, the ‘vast majority’ of whom have expressed interest in participating in a fund to compensate them, and none of whom is represented by George.

Last week Bloom demanded that Britain’s Prince Andrew be sent to the United States for questioning about his ties to Epstein.

Prince Andrew quit public royal duties in November amid an outcry over their friendship.

Virginia Roberts Giuffre, says she had several sexual encounters with the prince at Epstein’s behest, starting when she was 17. The FBI wants to question the prince as part of its Epstein investigation, but a US prosecutor said last month that Andrew had been uncooperative.

The prince denies wrongdoing and claims he had never met Giuffre despite appearing in a picture with her alongside Epstein’s ex-girlfriend Ghislaine Maxwell.

Maxwell has been accused of acting as Epstein’s madam. 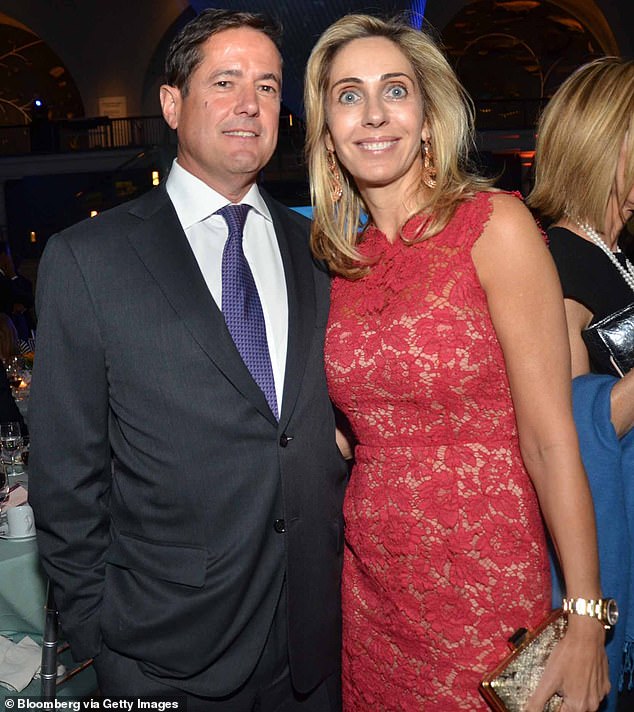 The lawsuit was filed as it was revealed Barclays’ chief executive Jes Staley is being investigated in Britain over his close relationship with Epstein and whether it filtered into his banking work. Boston-born Mr Staley also admits taking a sailing trip with his wife Debbie to the pedophile’s Caribbean hideaway

The Thursday lawsuit was filed as it was revealed Barclays’ chief executive Jes Staley is being investigated in Britain over his close relationship with Epstein. He visited Epstein in Florida when he was serving a jail term for soliciting a minor for prostitution.

Boston-born Mr Staley also admits taking a sailing trip with his wife Debbie to the pedophile’s Caribbean hideaway in the months before he joined the London-based bank – but insists he cut all contact with him after that.

Epstein also allegedly funneled dozens of wealthy clients to Mr Staley during his time running JP Morgan’s private bank, where customers must have assets of at least $10million.

Barclays told the London Stock Exchange that their CEO has been ‘transparent’ about the pair’s ‘close’ but ‘professional’ relationship.

But Britain’s Financial Conduct Authority (FCA) and the Prudential Conduct Authority are investigating whether he has disclosed the full truth about his ties to the convicted sex offender after reports by Bloomberg and the New York Times last year claimed they were ‘good friends’.

Bankers who fail the FCA’s ‘fit and proper’ test can be fined – or in the most serious cases banned from Britain’s $1.3trillion financial service industry, which would make it impossible for Mr Staley to continue in Barclays’ top job.