The exhibit, which opens Friday and runs through April 14, features 100 photos by Benn, a Miami native and former National Geographic photographer, according to South Florida.

Some of the colorful, and often times strange, images were shot in 1981 which is the same year that Time magazine called south Florida ‘Paradise Lost.’

College girls in a wet t-shirt contest during Spring Break at a bar in Fort Lauderdale, Florida. Spring Break is famous for wild parties with much drinking and romance that attract many college students (undated image) 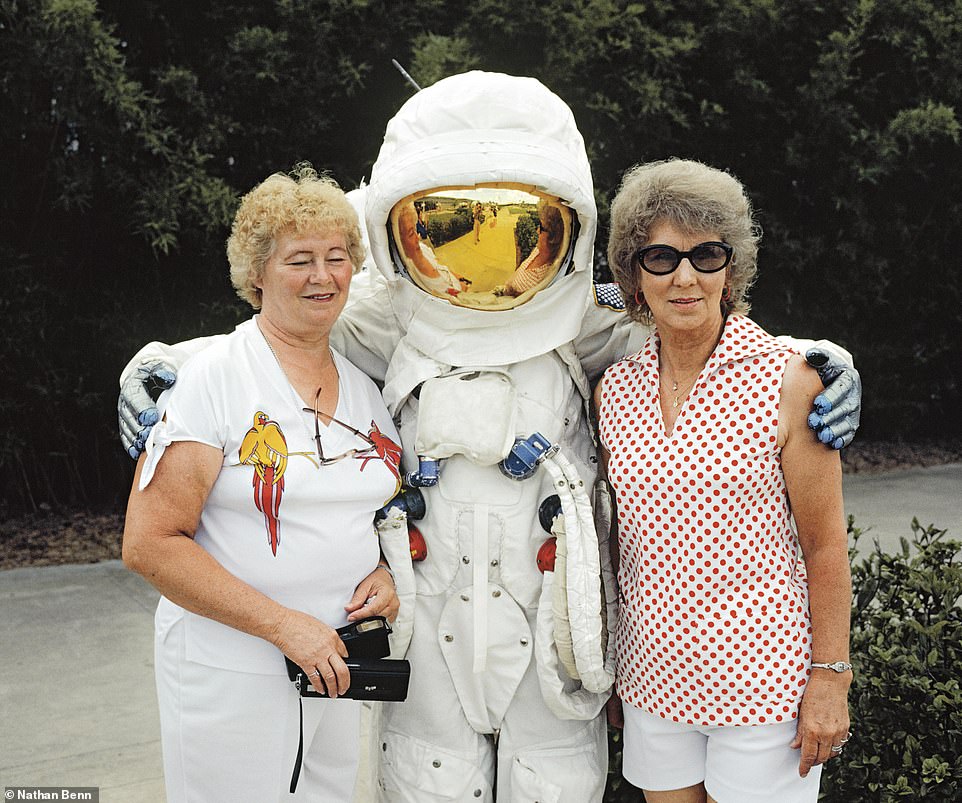 Tourists to the Kennedy Space Center in Orlando, Florida posing with a pretend astronaut in an Apollo spacesuit (1981) 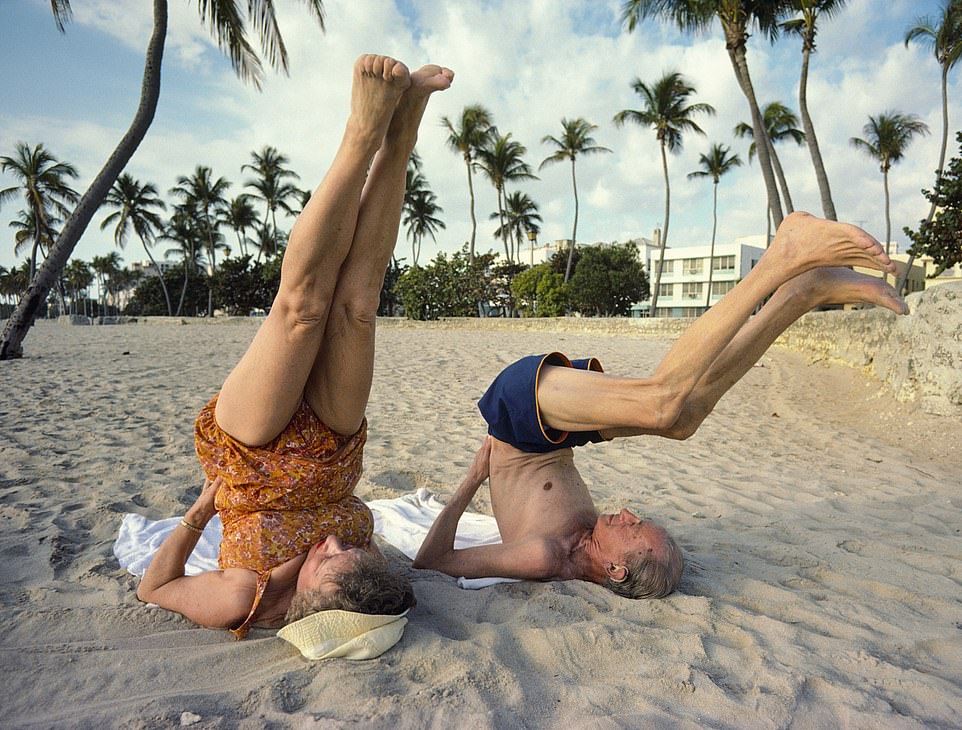 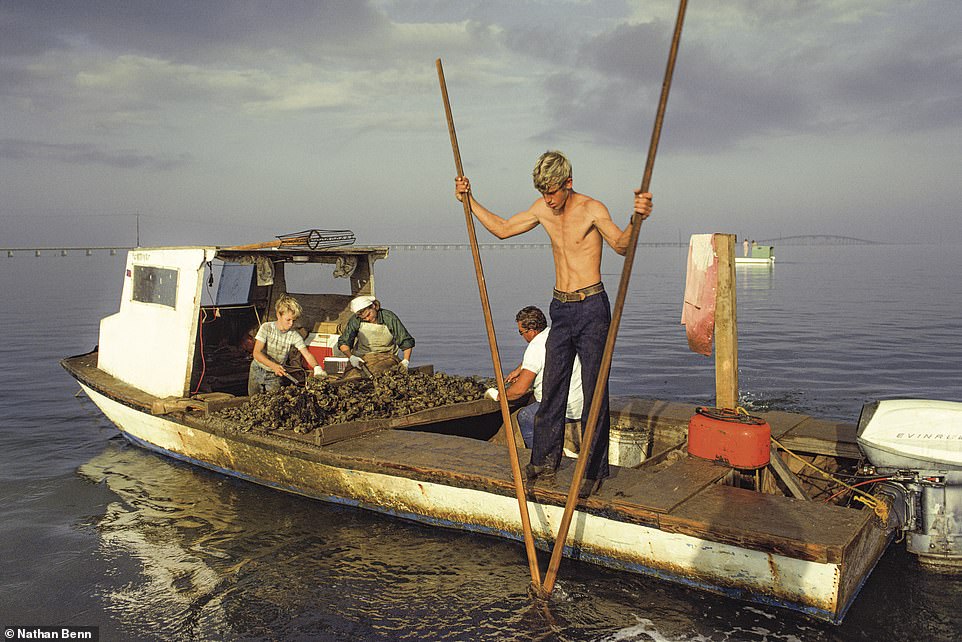 Family of commercial fisherman in a small boat harvesting salty oysters with oyster tongs in Apalachicola Bay, Florida on the Gulf of Mexico. Apalachicola oysters are small and salty shellfish, a member of the Atlantic oyster group (1981) 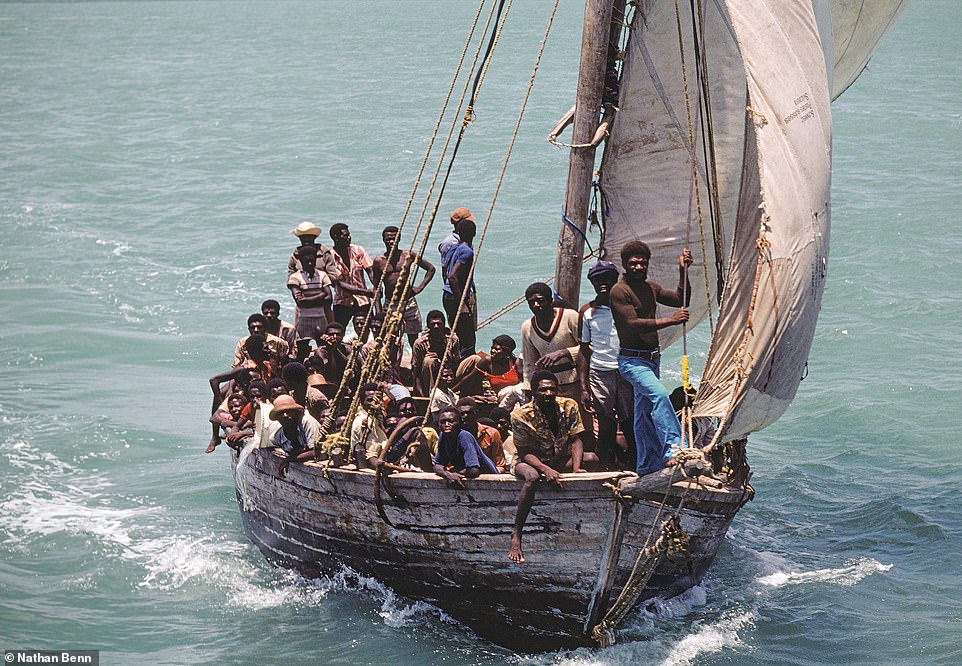 Haitian refugees in small wood boats sailing into Biscayne Bay, Miami, Florida attempting to immigrate into the United States. They are picked up in the Florida waters by the Coast Guard and taken into detention for processing, where they are considered illegal immigrants (circa 1981)

A crime wave had descended on Florida’s southern shores with an influx of what was known as cocaine cowboys as the narcotic had begun to take over the disco scene across America.

Meanwhile an mass influx of immigrants, in part from Haiti and the Mariel boat lift from Cuba had come to America through Florida, many of whom were seeking refugee status.

The Mariel boat lift was a mass emigration of Cubans who traveled from Cuba’s Mariel Harbor to the US between 15 April and 31 October 1980.

‘These Florida pictures are the finest and most personal work from my 20-year career as a National Geographic photographer,’ said Benn, who now lives in Santa Fe, New Mexico, and New York City. 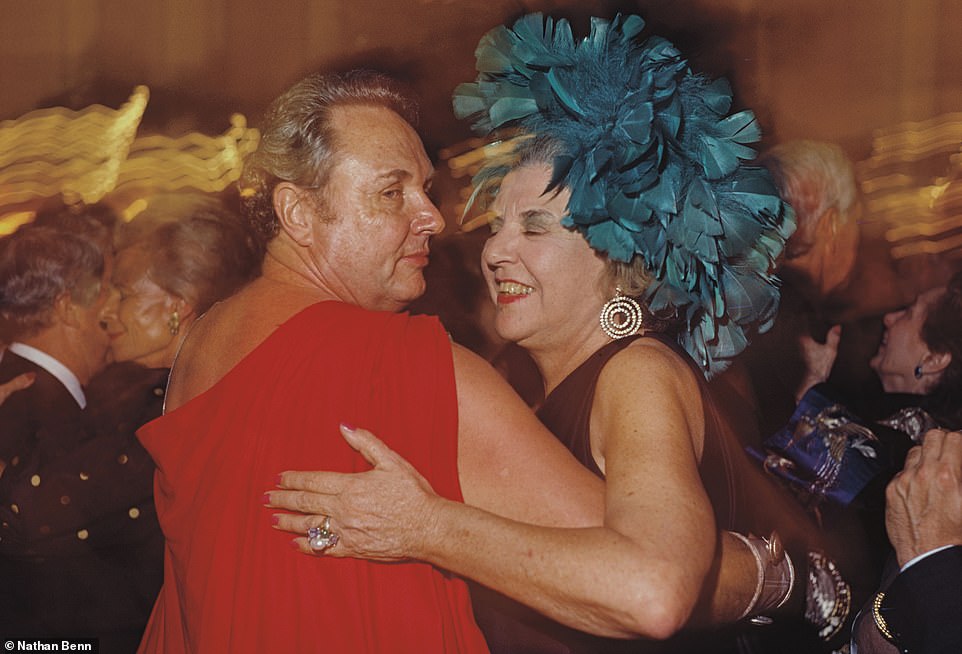 Couple dance at the Bal des Arts, an annual costume gala at the Breakers Hotel in Palm Beach, Florida. The charity gala raises money for the Norton Art Gallery. The Breakers is an opulent hotel that is center for high society events attended by wealthy and affluent people (1981) 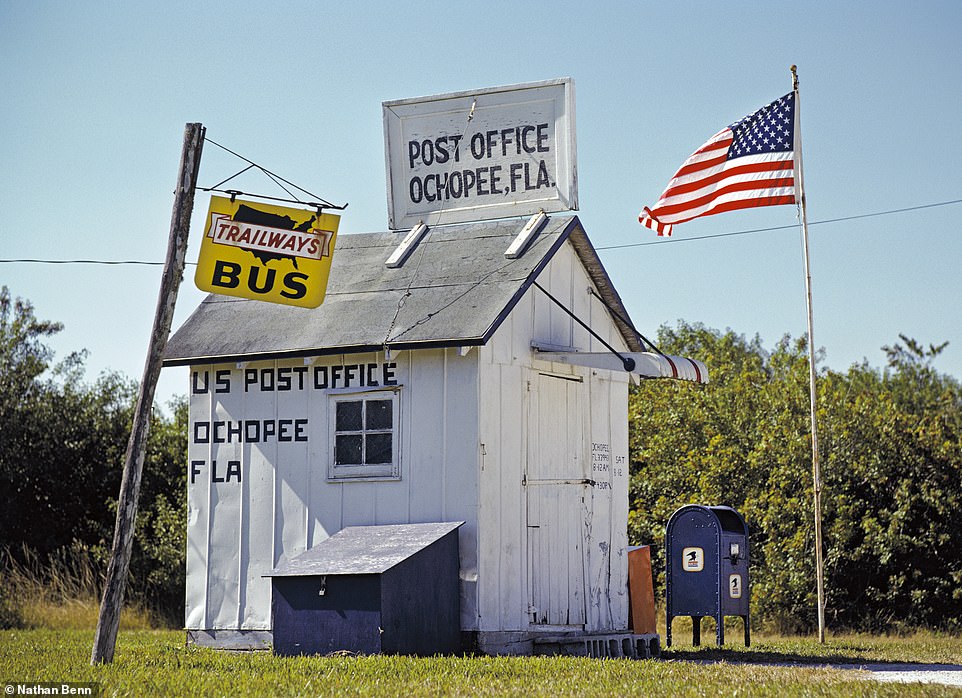 Tiny U.S. Postal Service post office at Ochopee in the Florida Everglades. The vernacular shack building on Route U.S. 41 aka Tamiami Trail is the smallest post office in the United States and was originally used as a tool shed (1981) 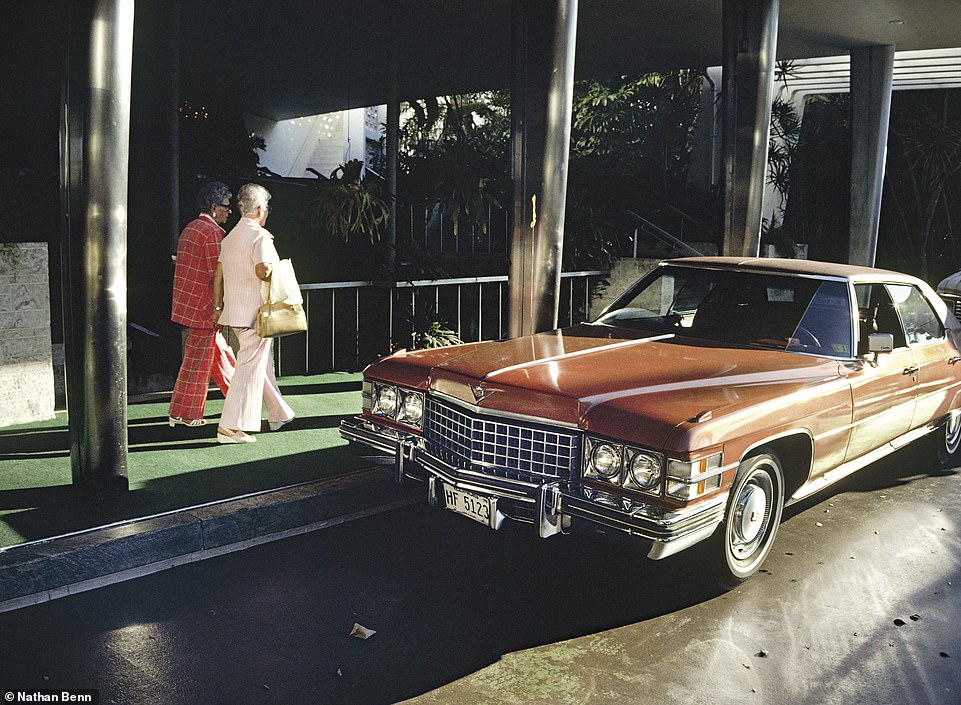 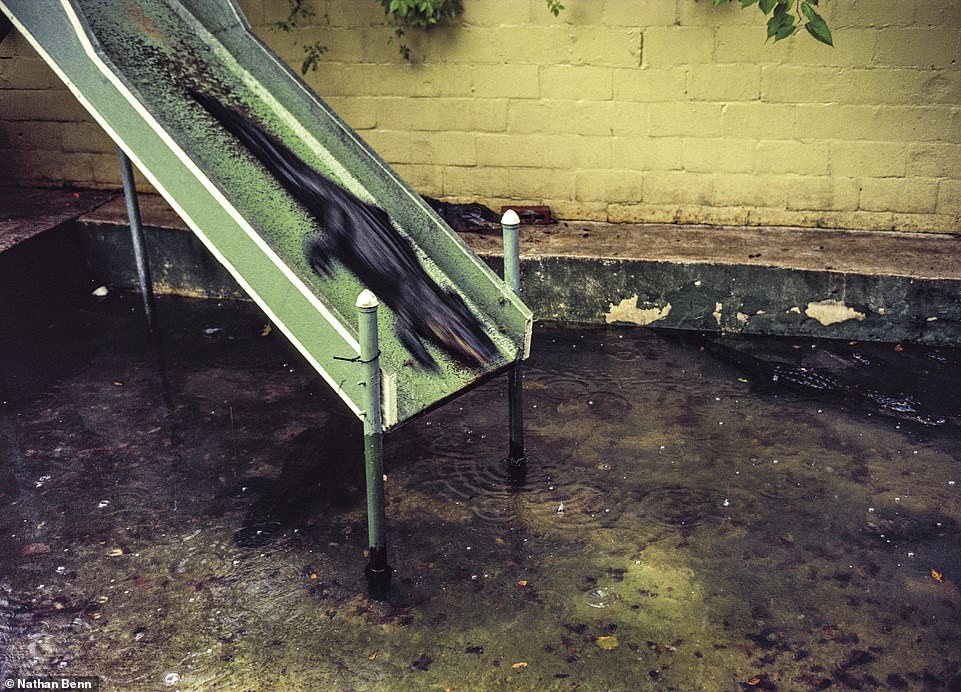 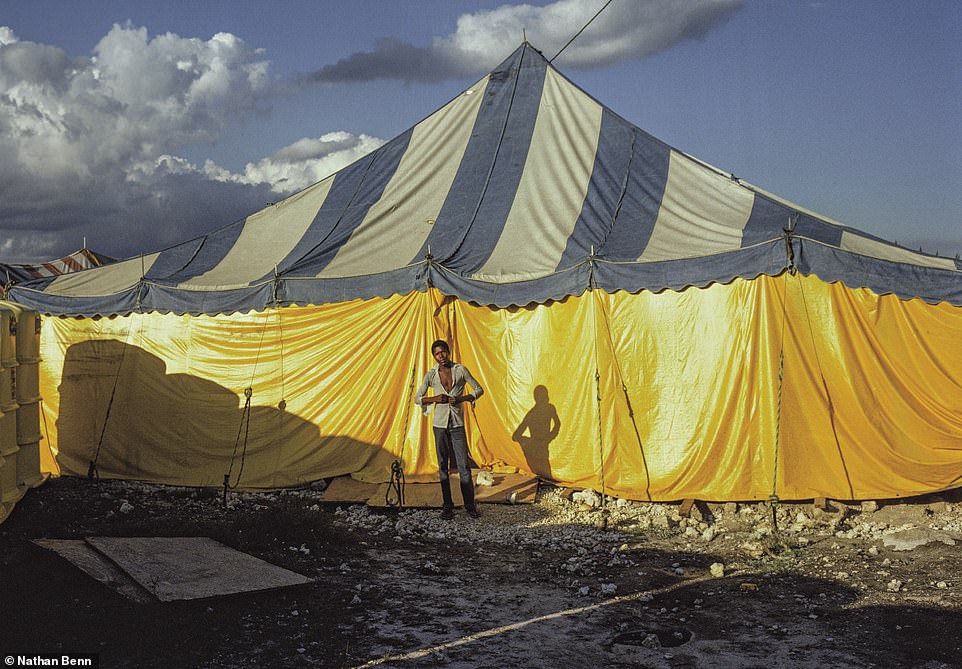 Haitian refugee in front of a tent that serves as temporary housing for immigrants at the Krome Avenue North Immigration Detention Facility in West Miami, Florida. The tent looks like a circus tent (1981) 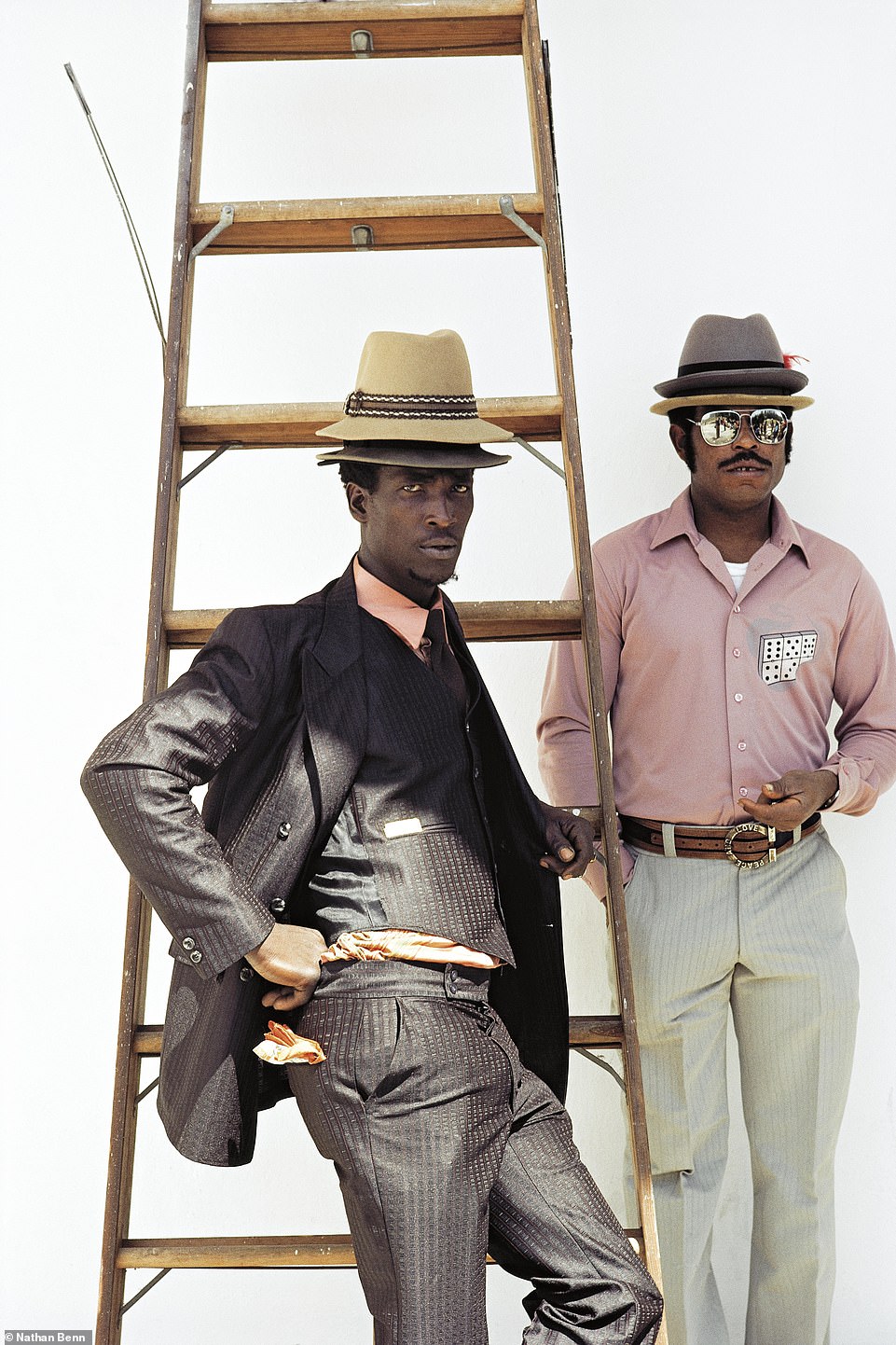 1981: Workers from Jamaica wait at Miami airport for the airplane that will take them home after the sugarcane-cutting season in Florida 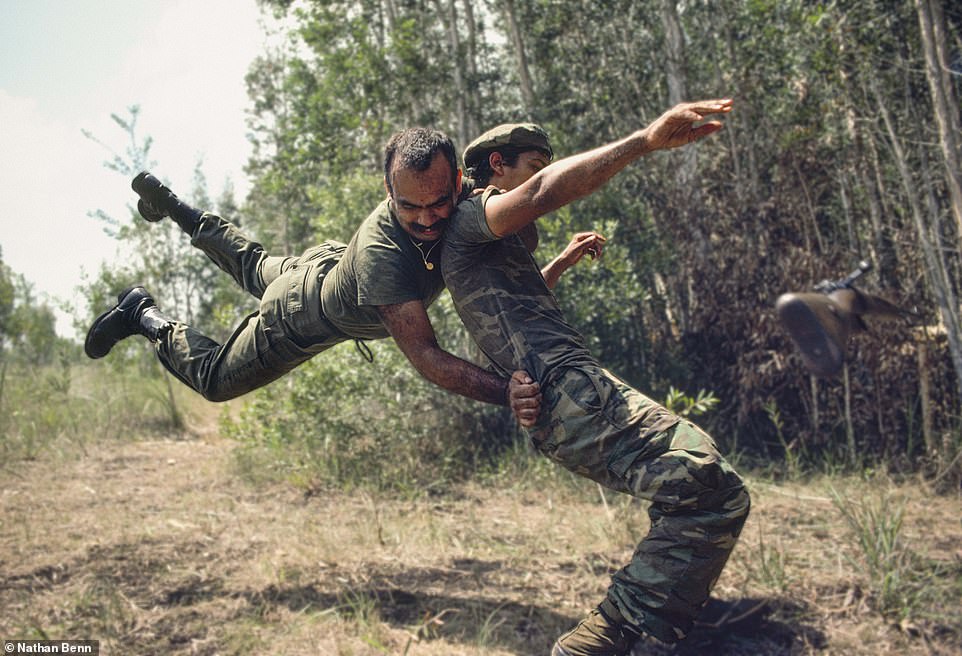 Cuban born members of exile paramilitary group Alpha 66 combat training at a camp west of Miami, Florida. They are training in preparation for infiltration into Cuba for sabotage and assassination to overthrow Fidel Castro (1981) 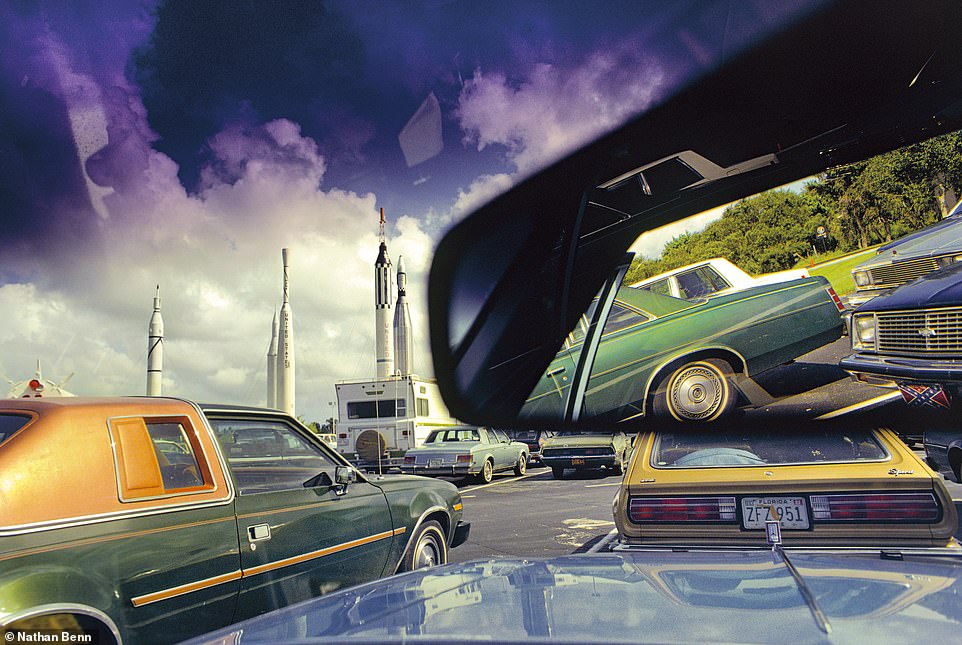 Some of the amazing imagery captured is Palm Beach at the Mar-a-Lago club before Trump purchased it.

Jorge Zamanillo, HistoryMiami’s executive director, told South Florida, ‘through these carefully curated images, you will be intrigued by the issues that were tackled here 37 years ago and those that remain hot button issues today.’

The exhibit coincides with the release of a 200-page book of the same name.