End of an era: Ford Motor Company says it is killing off 82-year-old historic Lincoln Continental

The Lincoln Continental, the four-door sedan that was once the preferred car of US presidents and celebrities like Elvis Presley, Jackie Kennedy, and Clark Gable, will be no more.

The Ford Motor Company confirmed that it will cease all production of the Continental at the end of this year.

Ford said the declining sales of full-size premium sedans and the rising popularity of SUVs persuaded it to kill off the Continental for good.

The company said it will offer China a 2021 model of the car before it is eventually discontinued altogether. 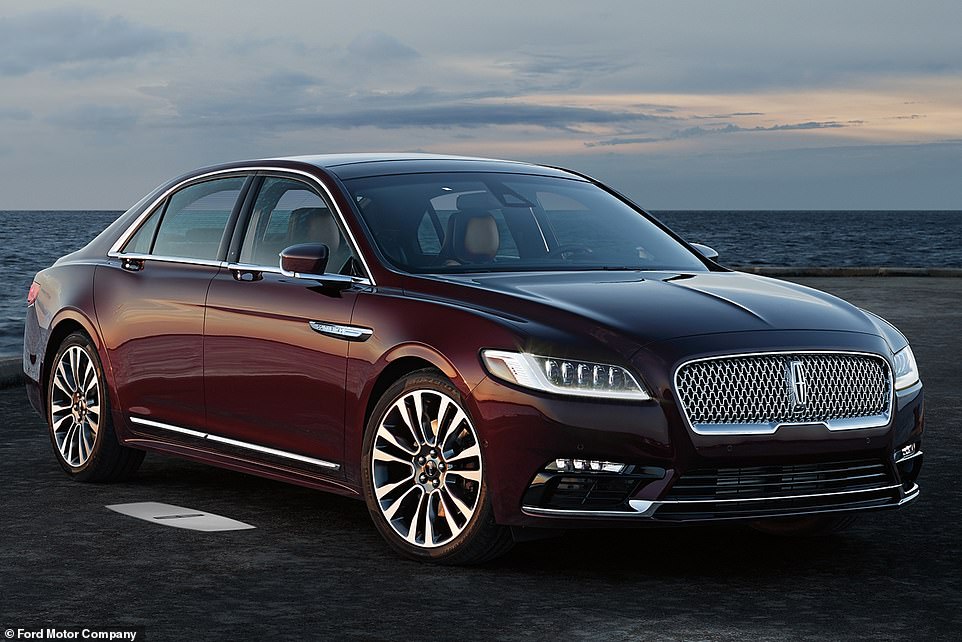 Ford will instead focus its manufacturing on models that have higher profit margins, including its crossovers and SUVs. A 2020 Lincoln Continental is seen above 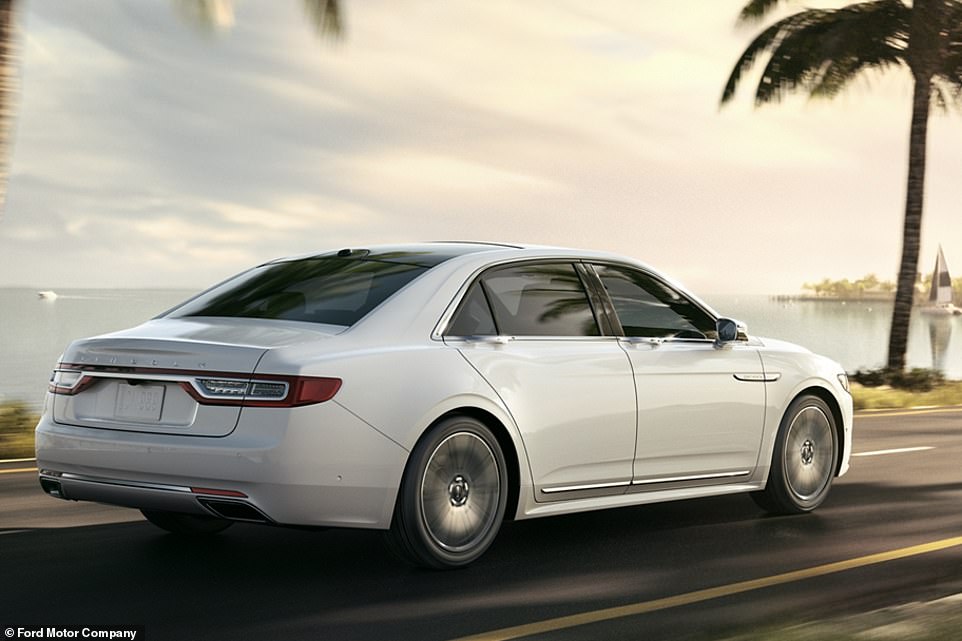 Ford said that it will offer a 2021 version of the Continental to its Chinese customers before it will discontinue manufacturing. A 2020 Lincoln Continental is seen above

‘It will end for both China and the US at the end of the year,’ Lincoln spokesperson Angie Kozleski told the Detroit Free Press.

‘Production is done at the end of this year. The name will go back into the vault.

‘It has a long and rich history. But production for this vehicle will be ending at the end of this year.’

The Lincoln Continental is currently assembled in Ford’s Flat Rock Assembly Plant just outside of Detroit.

‘Lincoln is investing in growth segments and the brand will feature a full portfolio of SUVs, including a fully electric vehicle in the future,’ the automaker said in a statement.

‘Lincoln will continue to keep its newest SUVs fresh and we will have more news to share later this year; however, as the full-size premium sedan segment continues to decline in the US, we plan to end production of the Lincoln Continental at the end of this year.’

The Continental was born in 1938, when Henry Ford’s son Edsel commissioned a convertible he could use on his spring vacation.

Thrilled by the reception he got as he drove the elegant sedan around Palm Beach, Edsel made the Continental part of Lincoln’s lineup.

The Continental soon became the pinnacle of American luxury. Warner Brothers gave Elizabeth Taylor a 1956 Continental with a custom paint color to match her eyes. 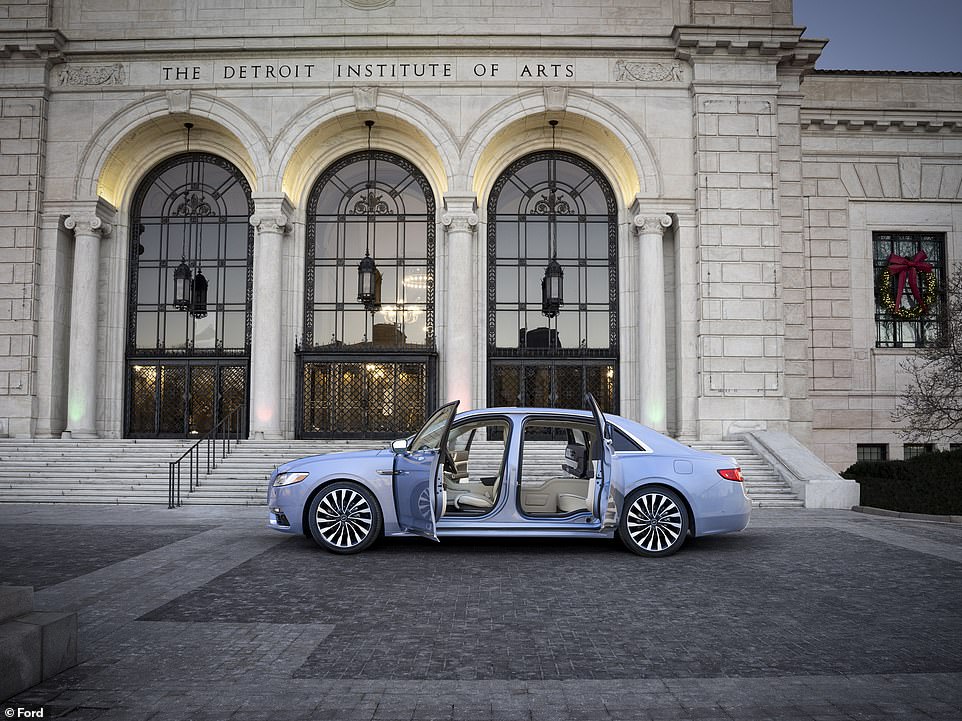 In 2018, Lincoln brought back so-called ‘suicide doors’ on limited-edition Continentals. After producing just 80 of these, the unique collector’s item sold out with each car costing more than $100,000

A darker historical note: John F. Kennedy was riding in the back of a 1961 Continental convertible when he was assassinated in Dallas.

Continental sales peaked in 1990 at 62,732. But after that, Lincoln’s sales began slipping.

Ford had acquired other luxury brands such as Jaguar and Volvo.

Lincoln’s designs got dull and failed to stand out from lower-priced Fords.

The Continental was also squeezed by competition from the midsize Lincoln LS, which debuted in 2000, and the bigger Town Car.

Ford also underestimated the threat posed by German rivals, who were expanding their lineups, and newer Japanese luxury brands. By 2000, Lexus was the top-selling luxury brand in the United States. 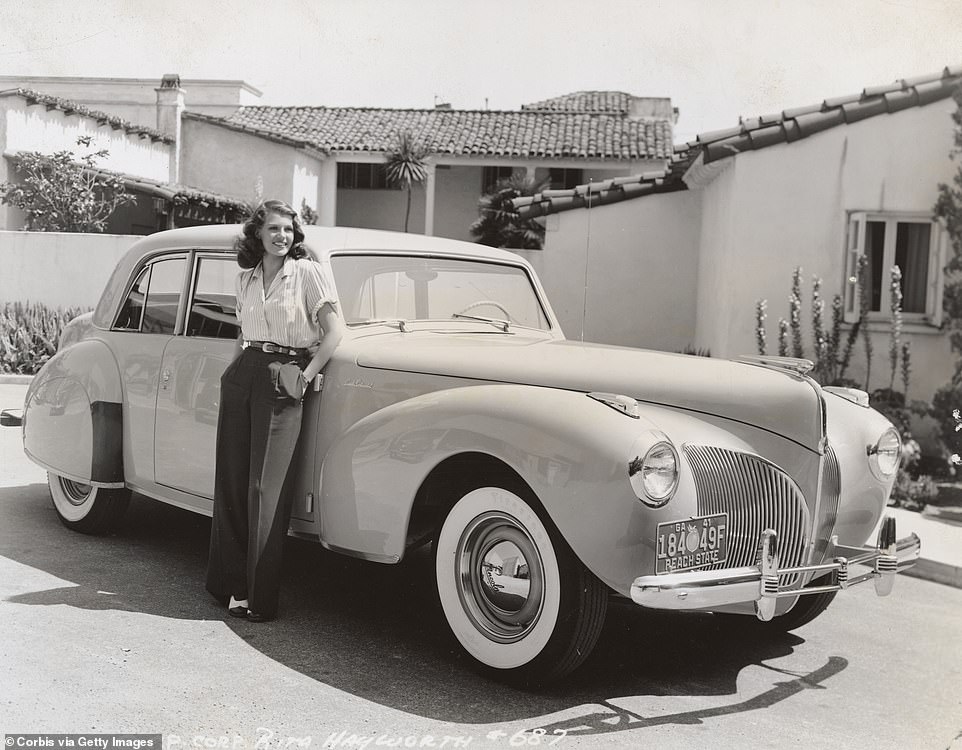 Rita Hayworth is photographed leaning against her new Continental in front of her bungalow, which she occupied while appearing in Columbia Pictures’ You’ll Never Get Rich in 1941 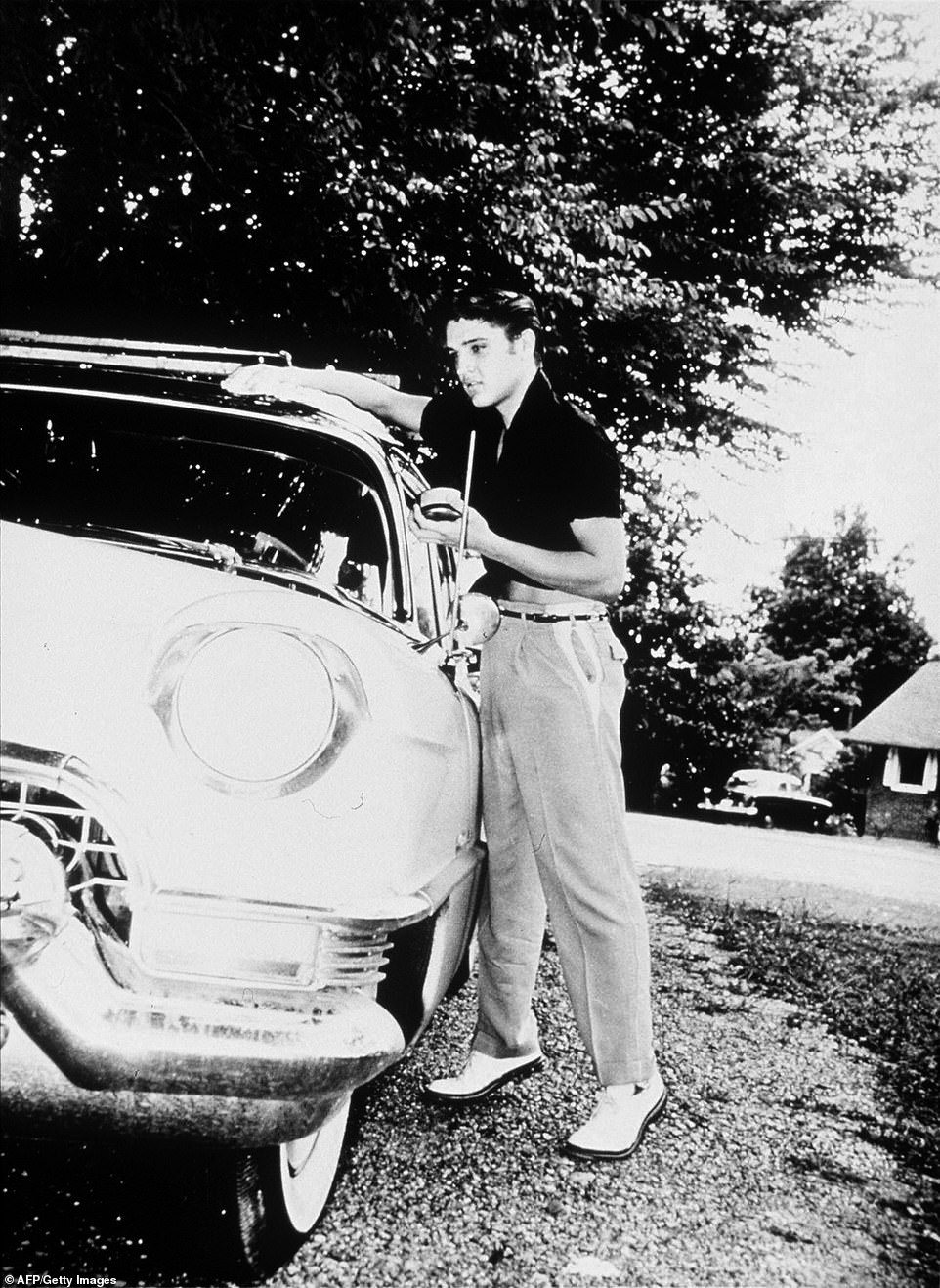 King of rock ‘n roll Elvis Presley owned a 1956 Lincoln Continental, which was much valued for its elegance 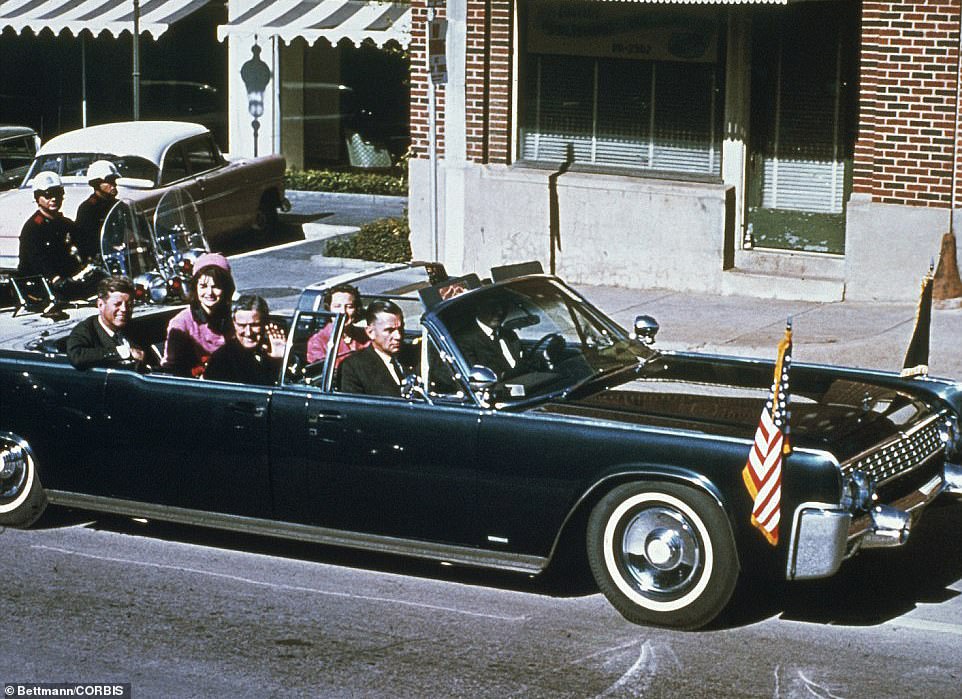 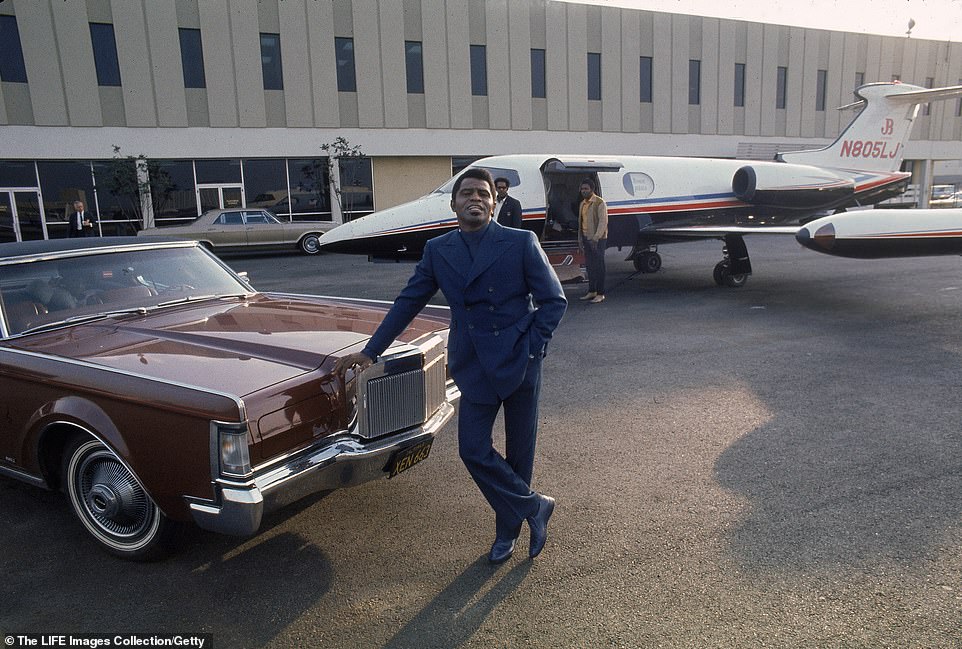 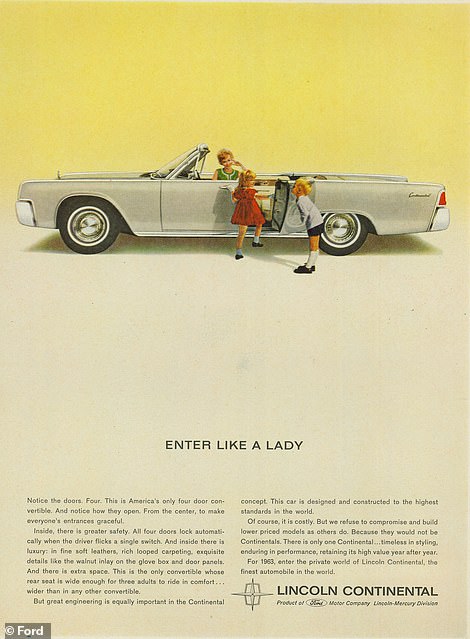 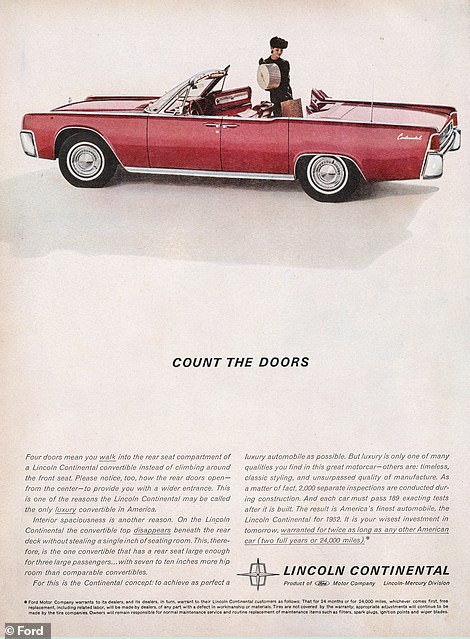 The announcement about the demise of the Continental comes just months after Lincoln announced it would no longer produce another luxury sedan, the MKZ.

The Ford Motor Company has eliminated its entire fleet of four-door sedans with the exception of the Mustang.

It will now focus on its more profitable and popular makes and models, including the Lincoln Aviator and Navigator as well as the Ford F-Series, the Escape, and the Explorer.

Last year, Ford discontinued two of its models, the Focus and Fusion.

In 2015, it revived the Continental after a 13-year hiatus that was prompted by the popularity of European and Asian luxury car brands.

But the rechristened brand never managed to capture the imagination of the American car buyer.

Last year, Lincoln did record a success as it sold out its limited edition of a ‘coach door’ Continental model that was specially manufactured to celebrate the 80th anniversary of the brand.

Each vehicle has a special door sill plate featuring its number in the series.

In late April, Ford posted a $2billion first-quarter net loss, blaming nearly all of it on the impact of the coronavirus outbreak.

The automaker said that its revenue from January through March fell nearly 15 per cent to $34.3billion as most of its factories were shut down for the final week of the quarter.

Chief Financial Officer Tim Stone told reporters in April that the company had about $35billion in cash as of April 24, enough to sustain operations through the end of the year even if U.S. factories aren’t restarted.

He said Ford is working with the United Auto Workers union to get factories back up and running, although he wouldn’t give a date.

Before taxes, Ford lost $632million for the quarter, and Stone said if it weren’t for the virus it would have posted a pretax profit of $1.4billion or more.

That, he said, was on track or better than the company’s guidance issued in February.

Ford earlier withdrew its full-year guidance for 2020, and Stone said the situation is too uncertain to make any predictions for the year. But he said the company expects a pretax loss of $5billion in the second quarter. 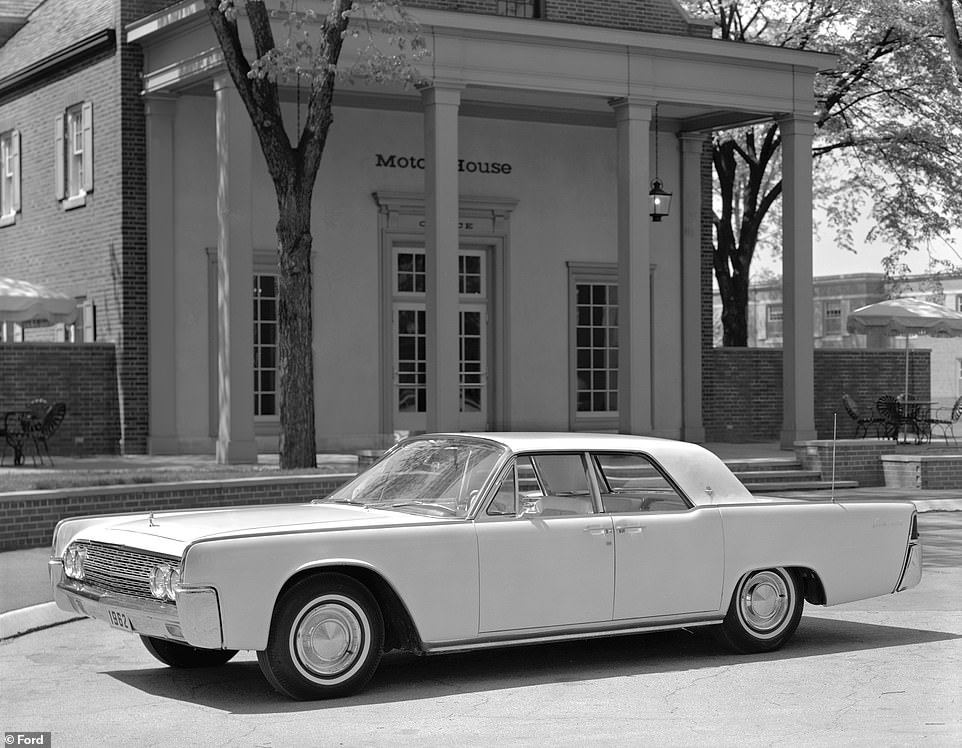 Lincoln pulled the plug on the Continental in 2002, but reintroduced it to the marker in 2016. The above image shows the 1962 Lincoln Continental 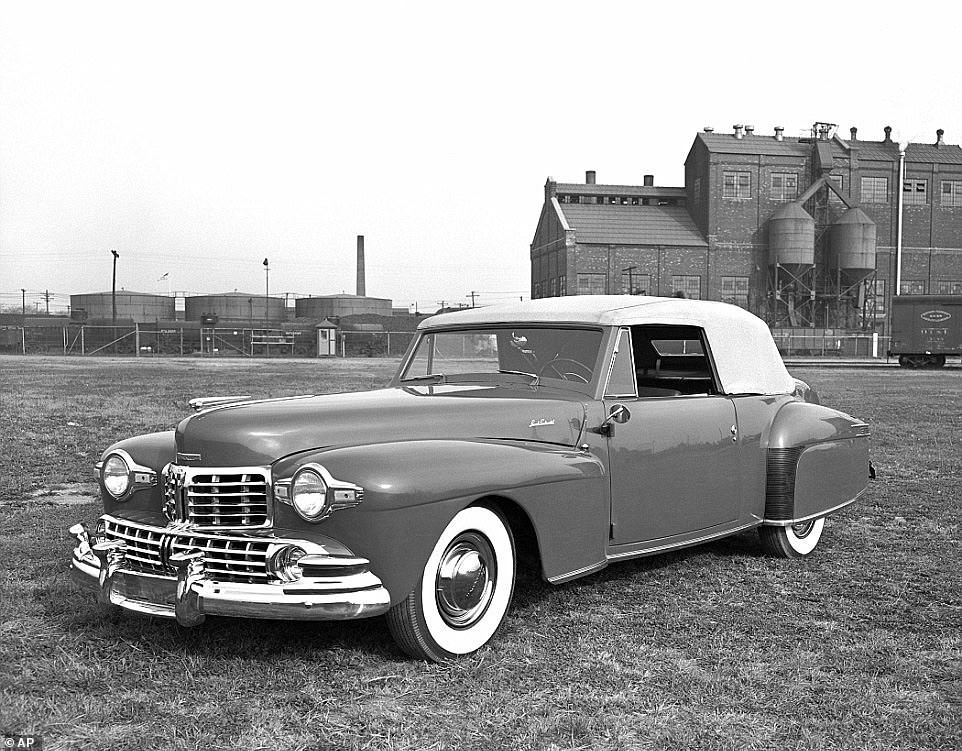 Style: The 1948 Lincoln Continental Cabriolet V12 is seen here. In 2015, it revived the Continental after a 13-year hiatus that was prompted by the popularity of European and Asian luxury car brands 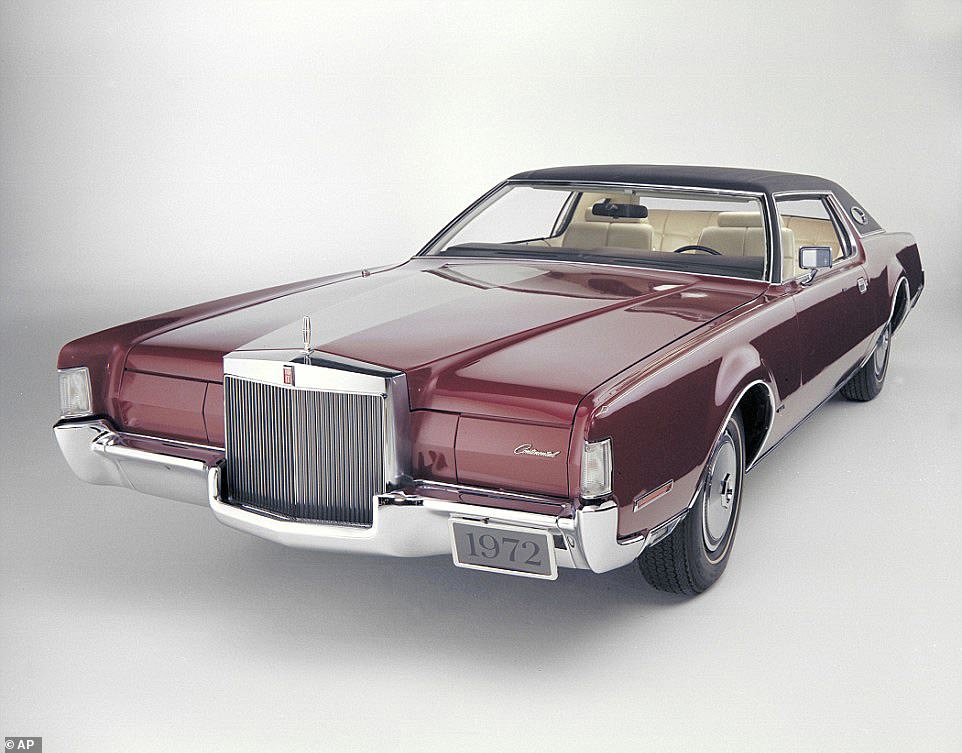 The above image shows a 1972 Lincoln Continental sedan. The Ford Motor Company has eliminated its entire fleet of four-door sedans with the exception of the Mustang 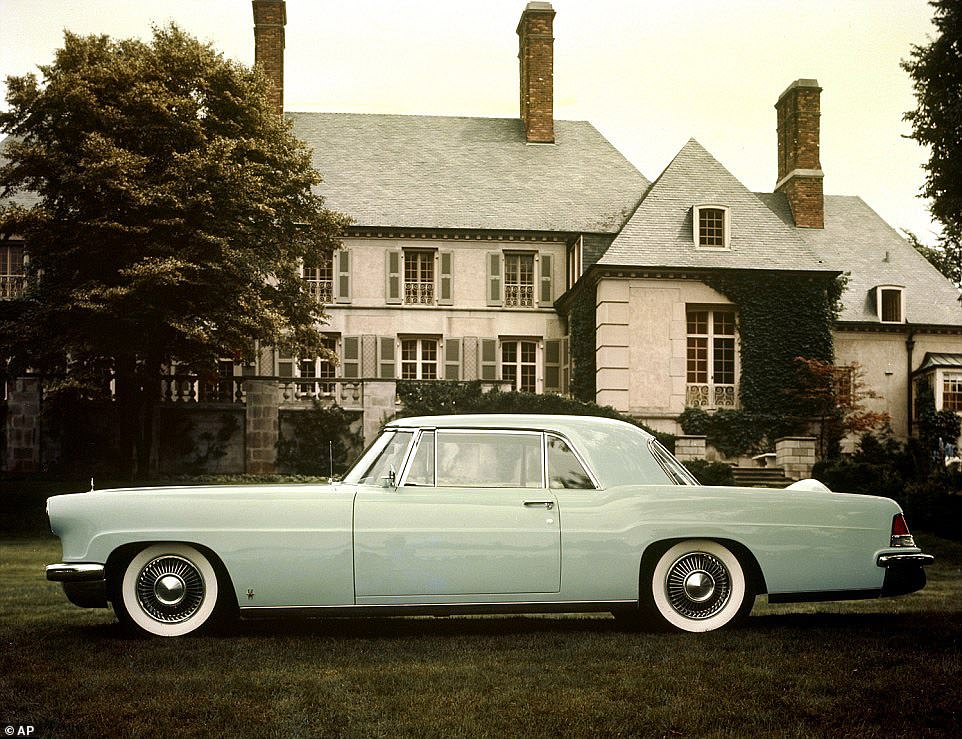 Ford is continuing with its $11billion restructuring plan despite the virus, Stone said.

Ford has borrowed $15billion from existing credit lines, deferred executive salaries and cut its dividend in an effort to conserve cash due to the crisis.

Earlier this month the Dearborn, Michigan, company floated $8billion in bonds at interest rates ranging from 8.5 per cent per year to 9.625 per cent in an effort to prepare for the downturn.

North American factories at Ford and other automakers have been shut down since late March, cutting off the companies’ main source of revenue.

Some companies have announced plans to restart factories but Ford, General Motors and Fiat Chrysler still are negotiating a date with the United Auto Workers union.