A new class of drugs could transform the lives of millions of women going through the menopause, cutting hot flushes within days (stock)

A new class of drugs could transform the lives of millions of women going through the menopause, cutting hot flushes within days.

The breakthrough paves the way for the first new treatments for the menopause since the development of HRT in the 1960s.

The trial, led by scientists at Imperial College London and backed by the research arm of the NHS, found that women taking the drug, called MLE4901, also saw their sleep and concentration significantly improve.

The study, an in-depth analysis of data collected from a clinical trial that was published last year, showed that the benefits can be seen incredibly quickly.

Study leader Professor Waljit Dhillo said last night: ‘We knew this compound could be a game-changer for menopausal women, and get rid of three-quarters of their hot flushes in four weeks. But this analysis confirms the beneficial effect is obtained very quickly – within just three days.’

He said that on the back of Imperial’s early work, two major companies are developing improved forms of the drug.

These versions have fewer side effects than MLE4901, so the treatment Imperial has tested is not going to be taken into further trials. 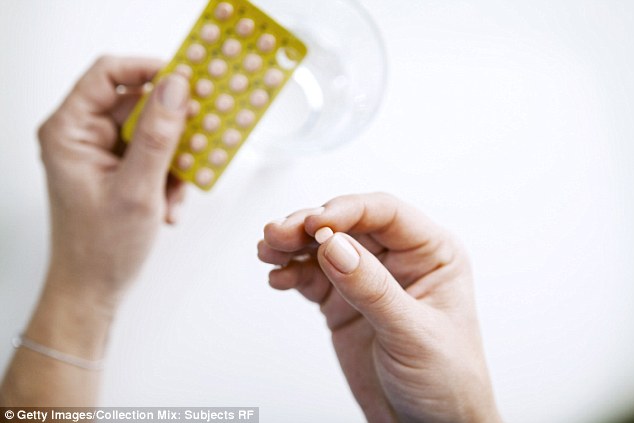 The trial, led by scientists at Imperial College London and backed by the research arm of the NHS, found that women taking the drug, called MLE4901, also saw their sleep and concentration significantly improve

The menopause occurs when oestrogen levels fall, typically at 45 to 55 years of age, which leads to periods stopping, the inability to have children naturally and a number of physical changes, including hot flushes and sweating.

For many women, these hot flushes may be little more than an uncomfortable inconvenience.

But for some, frequent severe episodes can leave clothes and bed sheets drenched in sweat, as well as causing sleepless nights, which has an impact on their working, social and home lives.

The new treatment, which was initially developed as a drug for schizophrenia, works by blocking a receptor in the brain called NKB, which is linked to hot flushes.

At last, help for my night sweats

Elaine Barker was advised not to take HRT

When the menopause hit Elaine Barker, she had to get through it without medical treatment.

The retired mother-of-two had suffered a suspected blood clot, so was advised not to take hormone replacement therapy (HRT) as it can cause further clotting.

She suffered awful hot flushes every day, and her sleep was broken by searing night sweats.

So when she heard about the MLE4901 trial at Imperial College London she leapt at the chance to join it.

Mrs Barker, 62, from Princes Risborough in Buckinghamshire, said: ‘My hot flushes noticeably reduced and the quality of my sleep improved.

‘It was important to me to contribute to finding a new treatment for menopausal women.’

This means it works for only the one symptom of the menopause, rather than the broad approach of HRT – but because hot flushes are the most common symptom, experts say it could benefit many women.

Crucially, the treatment works in a completely different way to hormone replacement therapy, which many women avoid due to fears over its cancer risk.

The trial, which involved 37 menopausal women, showed users experienced an 82 per cent decrease in the frequency of hot flushes interrupting their sleep, and a 77 per cent reduction in interruption to concentration.

Researcher Dr Julia Prague said: ‘As NKB has many targets of action within the brain, the potential to really improve many of the symptoms of the menopause, such as hot flushes, difficulty sleeping, weight gain and poor concentration, is huge. To see the lives of our participants change so dramatically and so quickly was so exciting, and suggests great promise for the future of this type of treatment.’

The study was funded by the National Institute for Health Research and the Medical Research Council.