Energy customer, 67, wins £6,000 after an eight-year battle with British Gas, Npower and SSE

For Mr Payling, 67, has forced British Gas, Npower and SSE to cough up more than £6,000 in eight years for poor customer service.

The photographer, pictured, said the power giants will often fail to defend cases if taken to a small claims court.

He most recently collected about £1,100 in compensation and costs from SSE after the firm failed to send out an engineer to connect his home to the electricity supply.

Barry Payling, 67, (pictured) was at the receiving end of a number of mistakes by energy firm Npower

As a result, two contractors he had lined up could not complete their work on the day so charged him £800.

Mr Payling, of Elgin in northern Scotland, said: ‘I told SSE that they should pay me the money back, but they just refused.’

He lodged a formal claim with the small claims court in Elgin, which cost around £100, and when SSE failed to give a defence, he was awarded just under £1,100.

The money was only handed over after sheriffs went to SSE’s office to demand payment.

The consumer champion has also forced British Gas to pay £2,108 in 2010 on the basis that, as a self-employed person, he had to waste valuable working time in a dispute over inaccurate bills.

And in 2014, he took Npower to court for chasing him over a £490 gas bill run up by tenants in his late mother’s home.

He won £450 for the trouble and £2,390 in compensation for harassment after Npower continued to chase him. 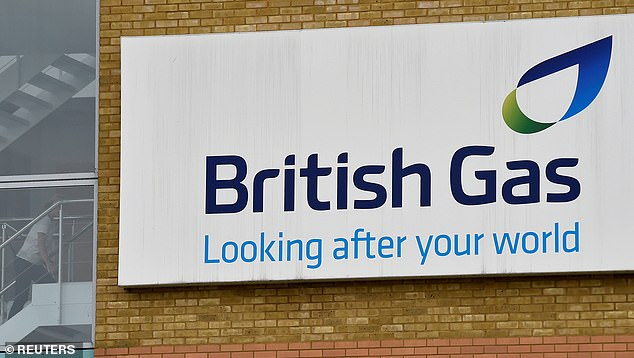 The consumer champion has also forced British Gas to pay £2,108 in 2010 on the basis that, as a self-employed person, he had to waste valuable working time in a dispute over inaccurate bills (file image)

Mr Payling insists other customers should follow his lead.

He said: ‘Someone said they believe I am the world’s number one man in taking energy companies to court, and I probably am.

‘But the point is that there are lots of people who are let down by their energy companies every day of the week.’

SSE has apologised to Mr Payling, adding: ‘Our customers are at the heart of everything we do and we are committed to resolving any issues regarding energy service to our customers.’