The engineer who was driving a train when it fatally derailed on a new faster route between Seattle and Portland is suing Amtrak.

In a lawsuit, Steven Brown alleges that he did not receive adequate training and that the vital life-saving technology that could have prevented the disaster, which killed three and injured countless more in 2017, was not installed.

The lawsuit alleges: ‘[The] Plaintiff suffered physical and emotional injuries as a result of the derailment.’

An Amtrak train derailed near DuPont, Washington in 2017 – causing multiple injuries and fatalities 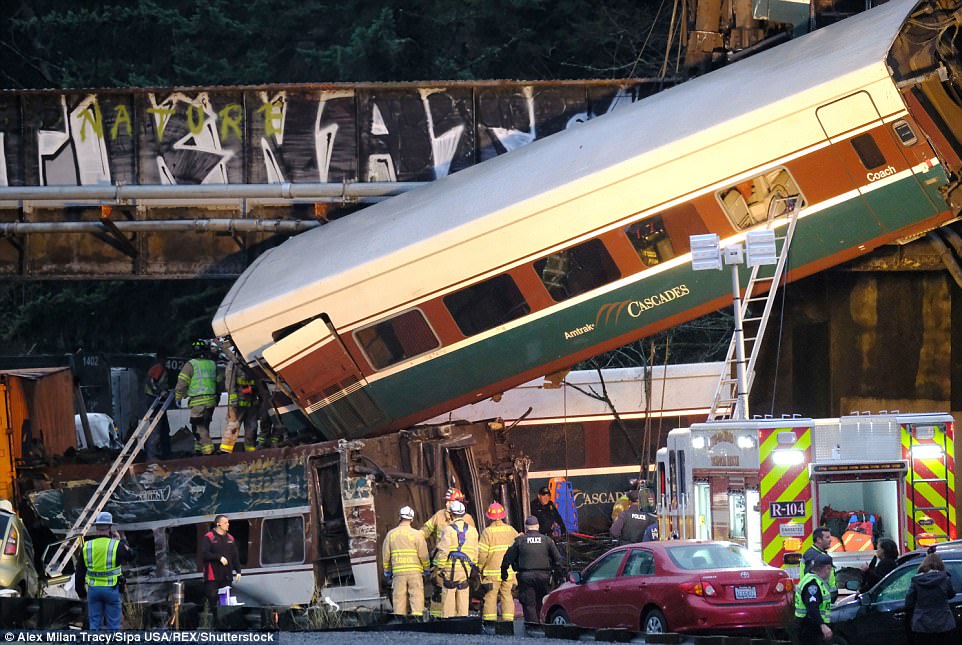 The train derailed while crossing a bridge over Interstate 5, causing at least one car to crash onto the freeway below

The lawsuit alleges that Brown, who joined the company in 2003 but was promoted to engineer in 2013, was unaware of how to properly use the controls of the locomotive.

In 2018, investigators discovered the train, which derailed during its first-ever run along a faster new route between Seattle and Portland, was travelling at 81 mph on a curve with a 30 mph speed limit.

It was not clear how fast the train was moving at the precise moment when it derailed. 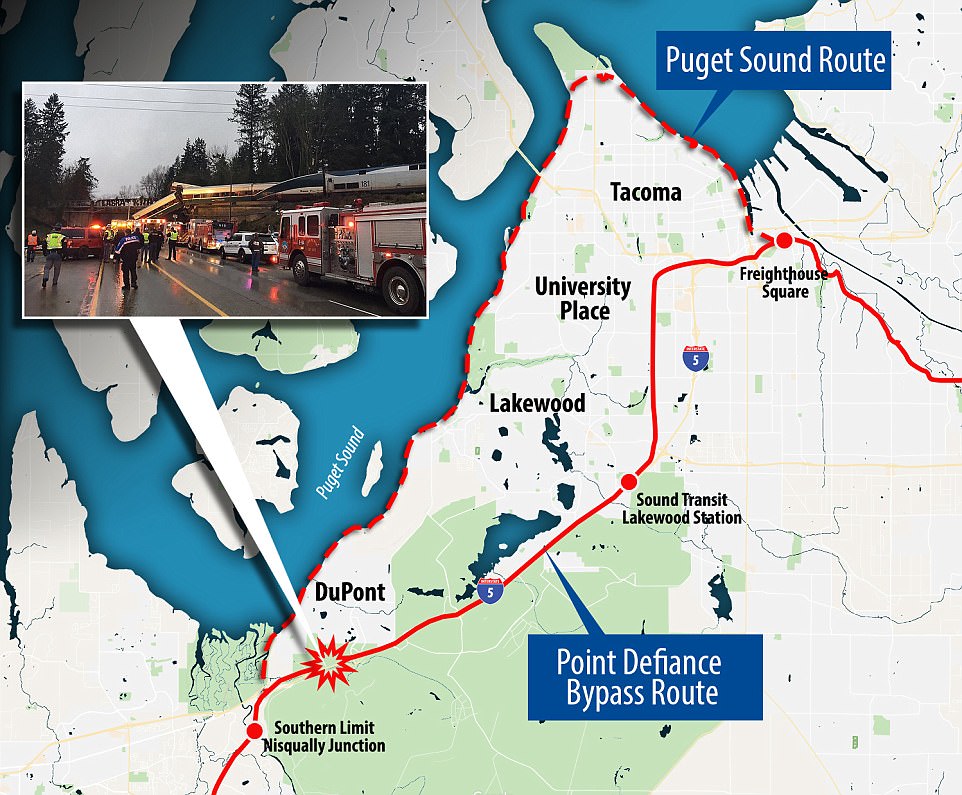 The solid route is the updated line that opened on the day of the crash. Because it’s straighter than the old Puget Sound route, trains could go faster 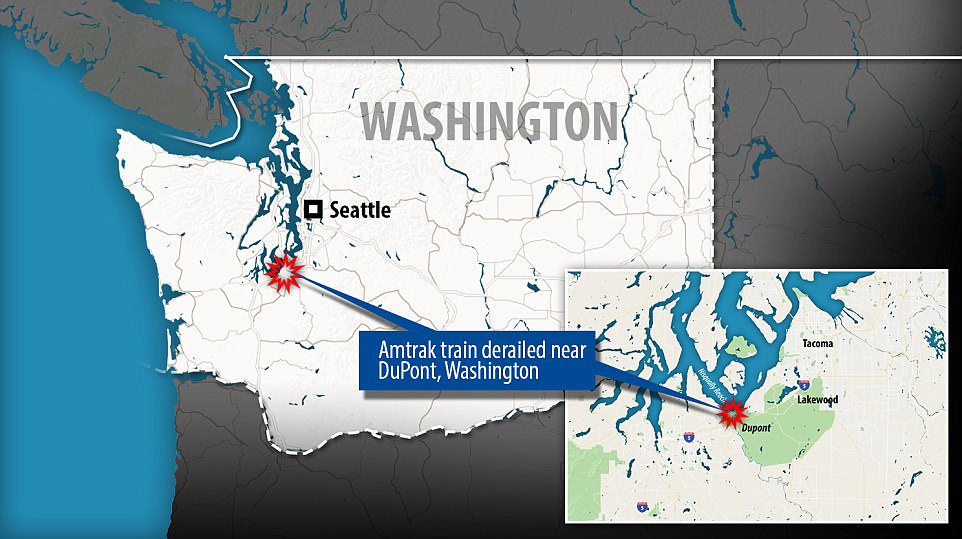 The disaster near DuPont in Pierce County in 2017 could have been prevented if Positive Train Control, a piece of technology that slows trains down when they’re going to fast, was installed.

According to Brown’s lawyer, Fred Bemseth, the engineer is ‘as much of a victim as anybody else’.

‘He’s a great engineer, a great human being,’ Bemseth added, according to the seattletimes.

According to the newspaper, a report last year found that Brown was travelling double the speed limit and had lost track of where he was.

The report also decided that Brown had not been sufficiently trained to drive the train.

Many of the injured passengers and staff on the train filed lawsuits in the years after the crash, with a jury awarding almost $77 million to a number of plaintiffs in a single case last year.