The Olympic football tournament starts in a fraction fewer than 100 days and this last chance to assess the England side which will form the core of Team GB suggests that there is a mountain to climb to clinch any kind of medal in Tokyo.

The positive to take from a second defeat in five days was 22-year-old Georgia Stanway, whose blend of the combative and creative at the back of England’s midfield suggests one of the hotly contested midfield berths for Tokyo must be hers.

Her young Manchester City team-mate Lauren Hemp must also be on the plane, demonstrating the supreme confidence of youth as she impressed in wide left winger’s role, even though the quality of her delivery did not always match up. 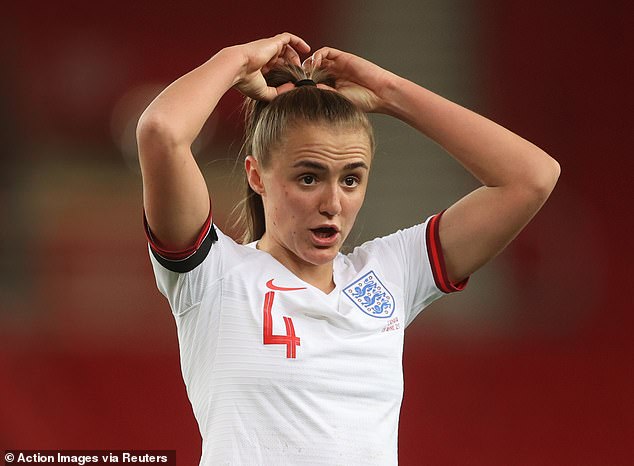 But the struggle for supremacy in midfield, against a side ranked two places below them, meant that England’s most naturally creative player, Fran Kirby, was isolated and Nikita Parris was unable to bring any threat. No England attacking player could hold a candle to Canada’s impressive wing back Ashley Lawrence.

It didn’t help England’s poise that they were a goal behind inside three minutes after Demi Stokes, only fit enough for half an hour’s football, propelled a through ball from Janine Beckie on into the path of Evelyne Viens, who scored. A poor error after Beckie had bullied her way into possession.

A Jordan Nobbs free kick was touched onto the bar but England otherwise struggled to trouble Stephanie Labbe in a first half which Canada shaded. The midfielder who goes only by her surname, Quinn, brought the best out of Carly Telford, who tipped her long range effort over.

Manchester United’s Ella Toone added more urgency after arriving for Kirby and a late 30-yard burst on goal by Hemp brought a superb recovering challenge from Vanessa Gilles. But Beth England did not attack the six-yard box anywhere near enough.

At the other end, England continued to look vulnerable to the high ball and Canada wrapped things up with another poor defensive error four minutes from time. Substitute keeper Karen Bardsley took a ponderous touch on Millie Bright’s back pass and Nichelle Prince to burgle a goal.

England’s director of women’s football Sue Campbell has said that fitness and positional versatility will dictate selection for Japan, which means that Rachel Daly, currently on loan at West Ham, pressed her own claim from right back.

But overall it was a night which can only have given encouragement to the Scottish attacking midfield trip who are competing for a place in the GB team: Erin Cuthbert, Kim Little and Caroline Weir.

Phil Neville had his critics before leaving the manager’s position and results were poor after the World Cup semi-final defeat to the USA. But the hunger and spirit be brought to the side at that tournament have vanished and the world’s sixth-ranked nation are no longer the threat they were. The best these islands can look to for, on this evidence, is a strong showing in the home European Championships., a full year from now.