England won the Under-17 World Cup in stunning fashion, staging an improbable fightback from two goals down to stun Spain and lift the trophy for the first time amid delirious scenes.

It completes an unprecedented year of success for English youth sides, with Steve Cooper’s under 17s joining the under 20s in standing on top of the world during 2017.

When you add in the under 20 second string retaining the Toulon Tournament and the under 19 side being crowned European champions, there is very definite evidence now that the future is bright for the national team. Or should be. 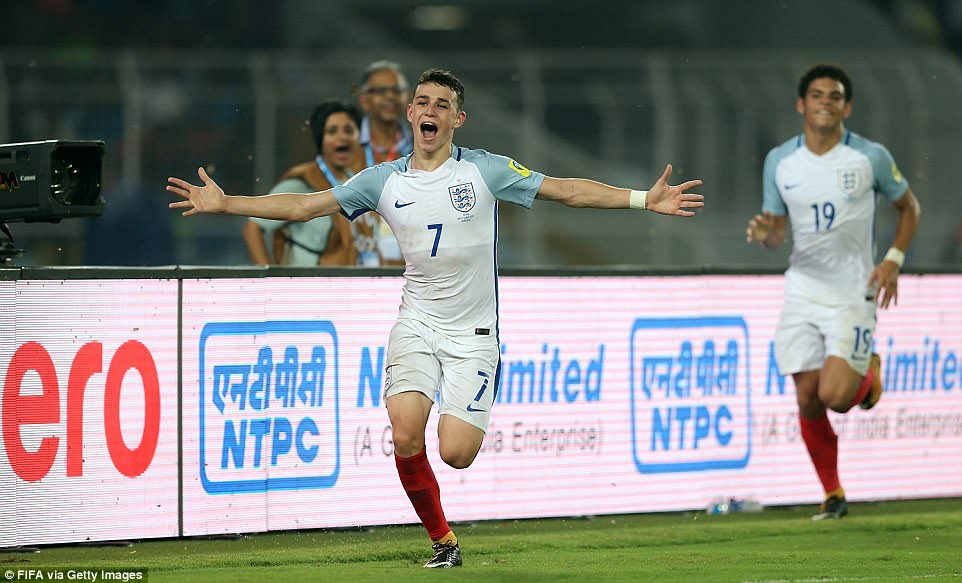 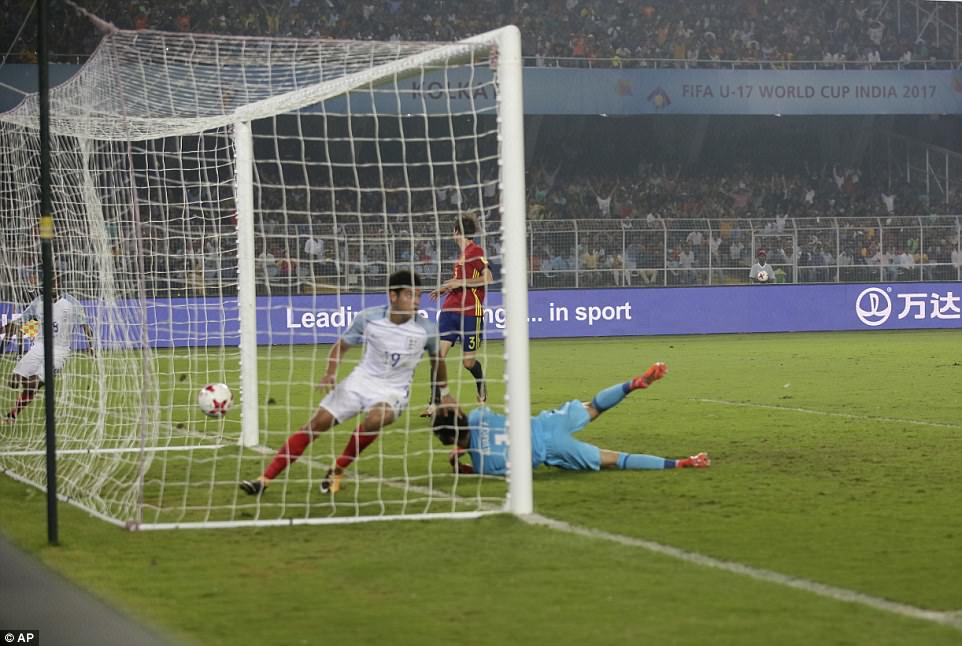 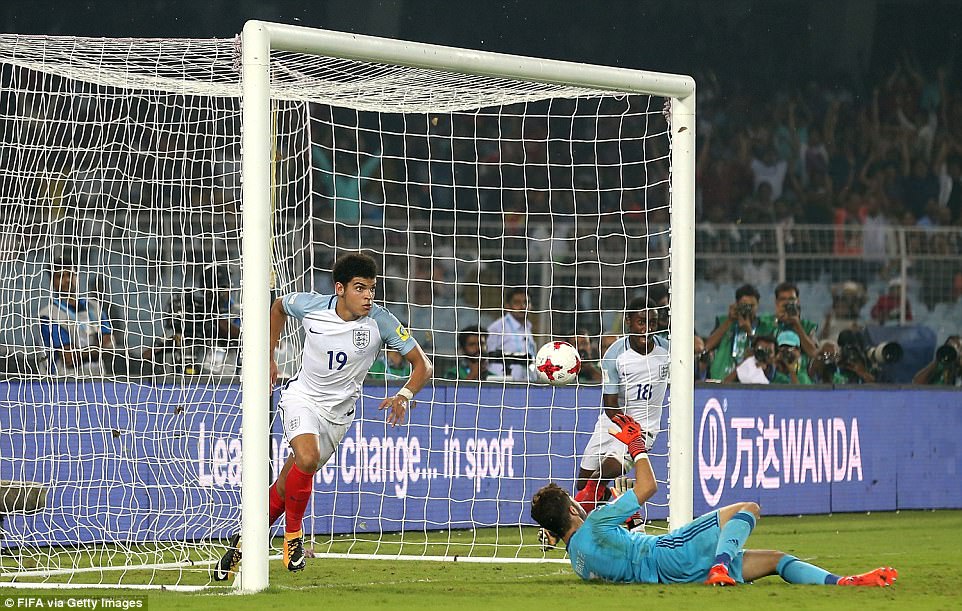 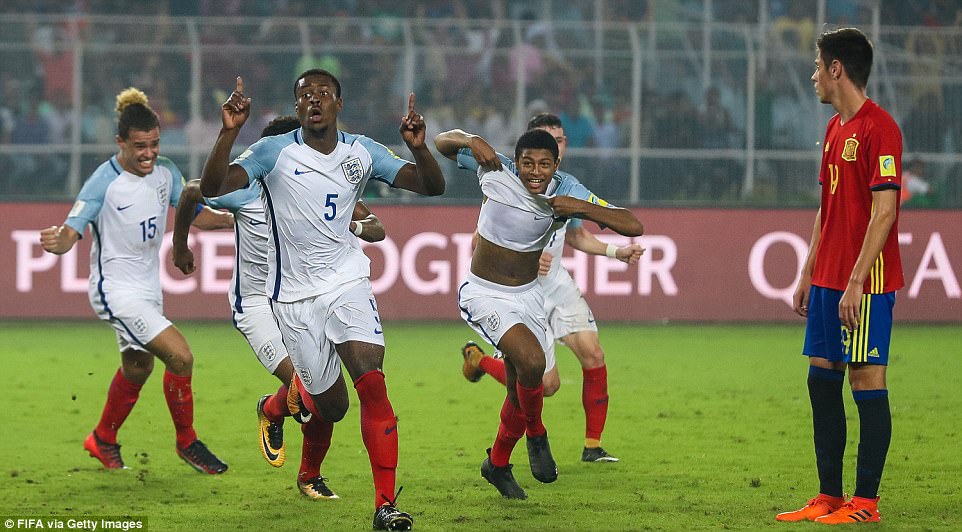 This was the most astonishing performance of the lot. Trailing to two Sergio Gomez strikes in the first-half, England’s Young Lions showed a monumental strength of character to pick themselves off the floor.

Rhian Brewster – who is crowned the tournament’s Golden Boot winner – scored his eighth of the competition to offer hope just before half-time.

Morgan Gibbs White equalised early in the second-half to shift the momentum before Phil Foden fired England into a lead that had seemed impossible after half-an-hour.

Marc Guehi added a fourth late on and Foden scored again in the closing minutes to make absolutely sure of a famous victory in Kolkata, India.

As well as another trophy on the youth scene, this was also revenge for an England side beaten in agonising circumstances by Spain in the European final back in May.

Foden was outstanding throughout, his silky left foot carrying England forward on countless occasions and his two goals were taken superbly.

Sessegnon was also on top form, delivering crosses that were almost impossible to deal with. 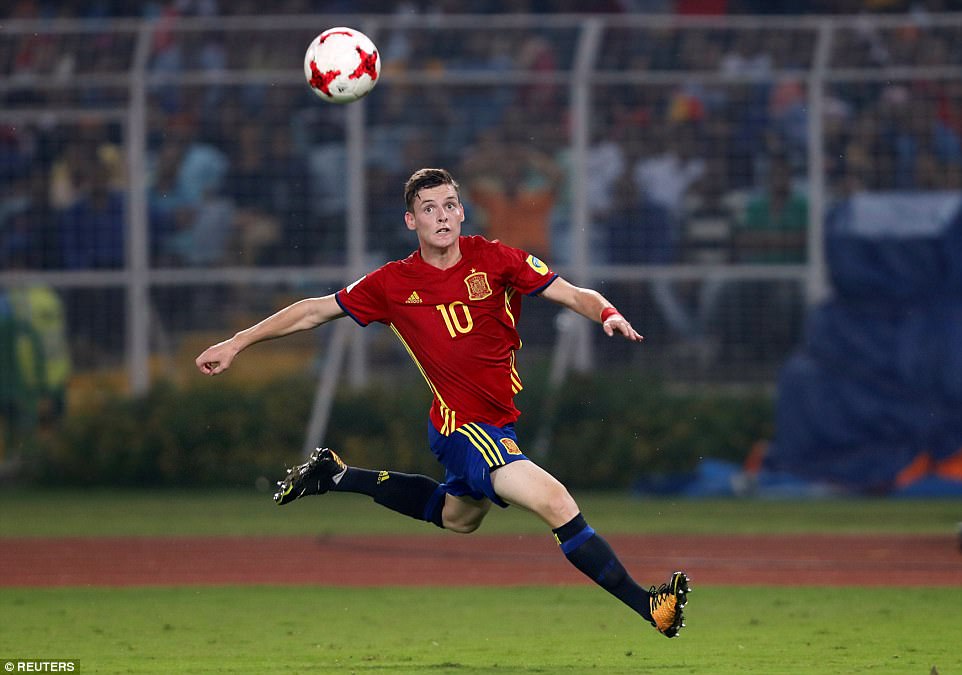 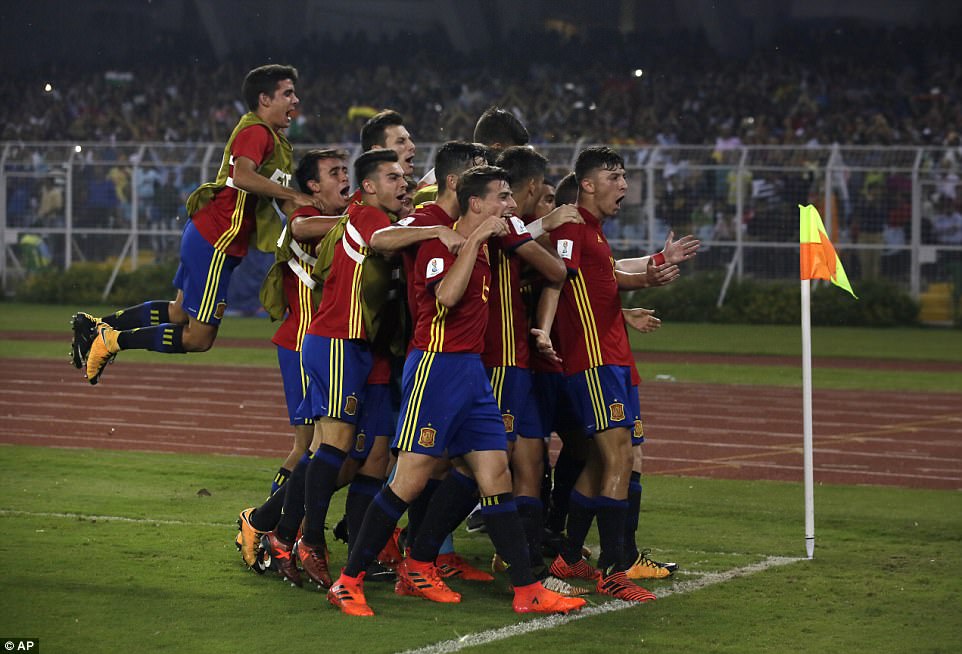 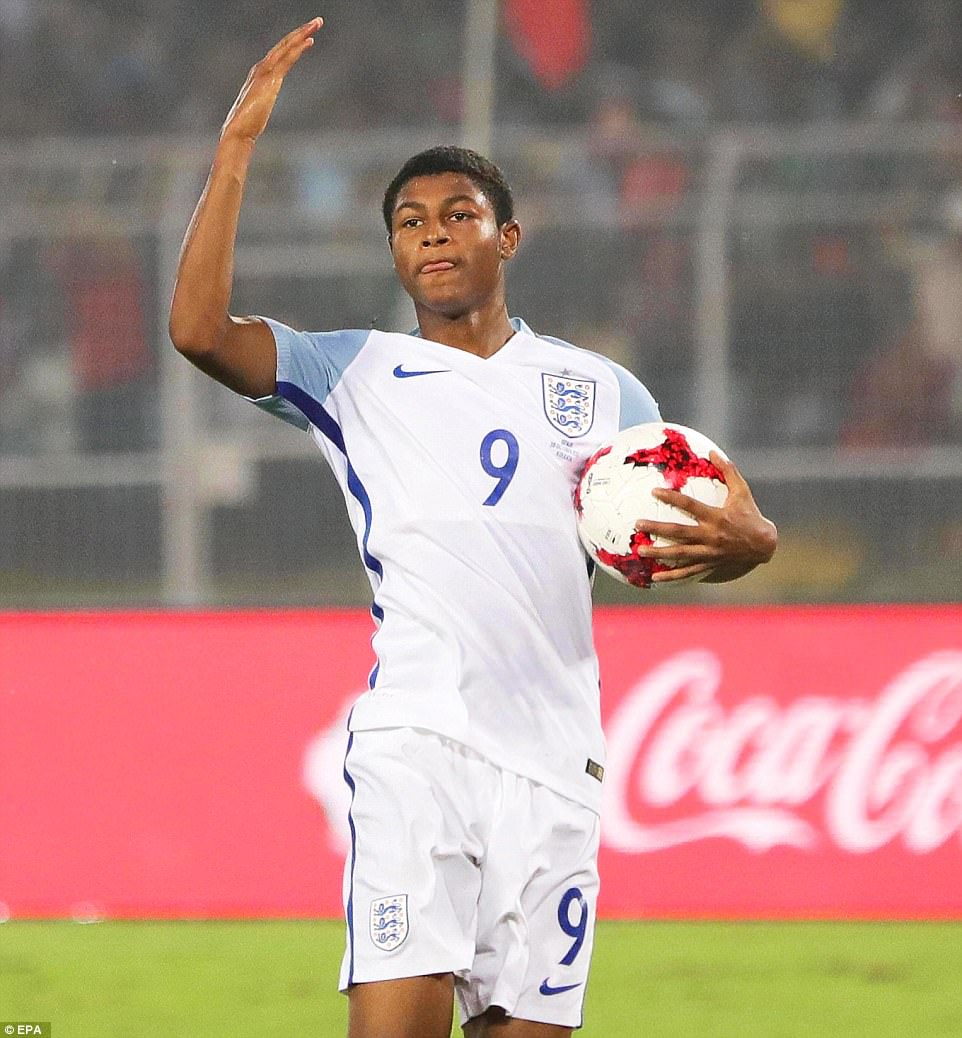 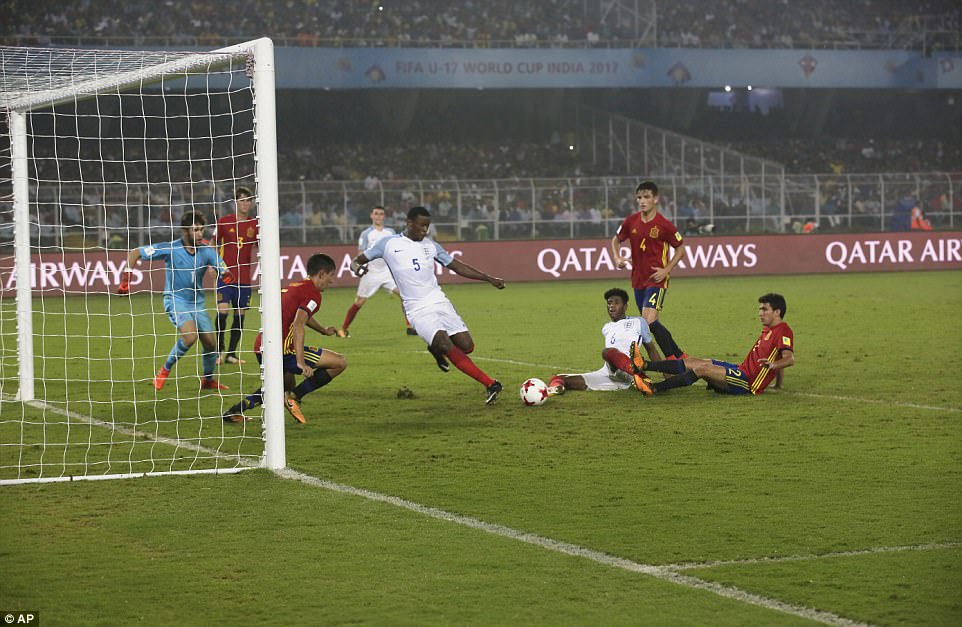 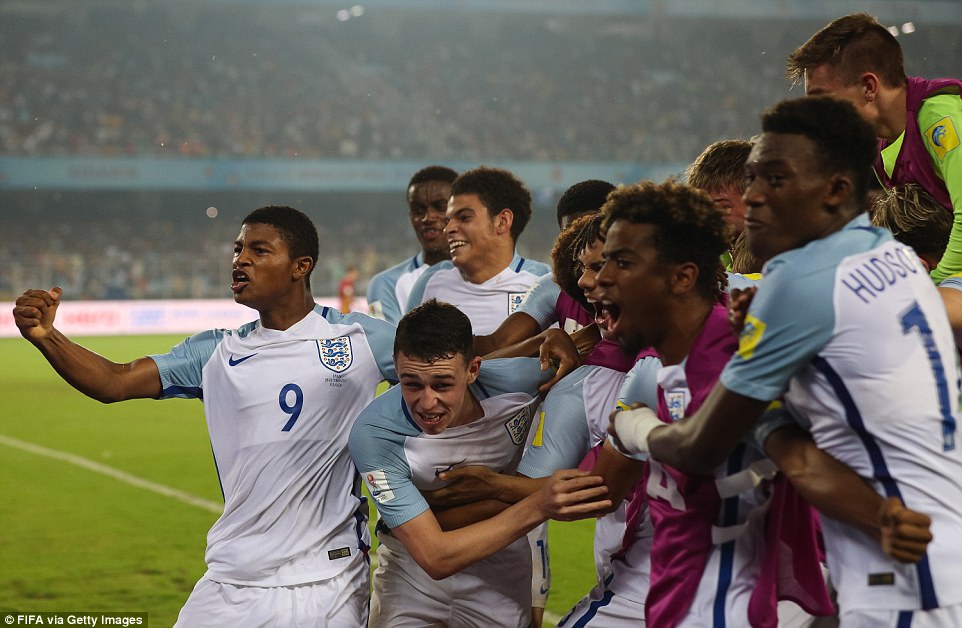 A sell-out crowd of over 66,000 enthusiastic fans in the Salt Lake Stadium gave this occasion the sprinkling of stardust these young players deserved.

And as soon as the first whistle blew, those spectators were treated to an open, entertaining and end-to-end contest as both teams set their stall out.

It was England, appearing in their first World Cup final at under-17 level, who started the brighter and Spain goalkeeper Alvaro Fernandez needed to push out a Morgan Gibbs White strike inside the first minute.

Seconds later, the Young Lions found more joy down the right, with Steven Sessegnon bursting forward into the box but opting unwisely to shoot high and wide with better options available.

But England’s ascendancy didn’t last long and Spain, from their first real chance of the contest, opened the scoring on 10 minutes.

Cesar Gelabert turned a cross towards goal under pressure but the final touch came off the boot of Gomez, who sprinted away to celebrate with gusto on the touchline.

England’s defenders looked across at the linesman for an offside flag that never came, the replays showing that Gomez had been played onside by Sessegnon as the Fulham man tried to stop the initial cross.

The confidence was flowing through Spain and they could easily have added a second when an England corner suddenly transformed into Mohamed Moukhliss bursting over the half-way line, leaving white-shirted defenders in his wake.

Goalkeeper Curtis Anderson was alert and raced from his line, taking advantage of a heavy touch by the Real Madrid man to save at his feet. It was an enormous let-off for England.

But the reprieve didn’t last long. Spain doubled their lead just after the half-hour and it was Gomez once again who inflicted the damage.

Also again it was the result of a quick counter led by Abel Ruiz down the right. He was allowed to cross and the ball broke through to Gomez, who used the shield of two defenders to fire clinically across Anderson and into the far corner. 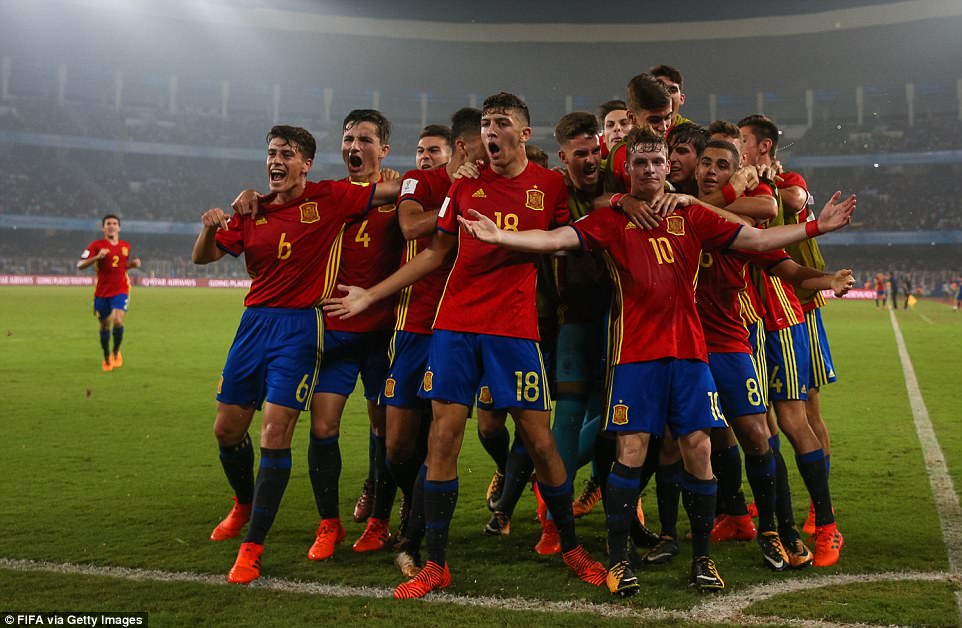 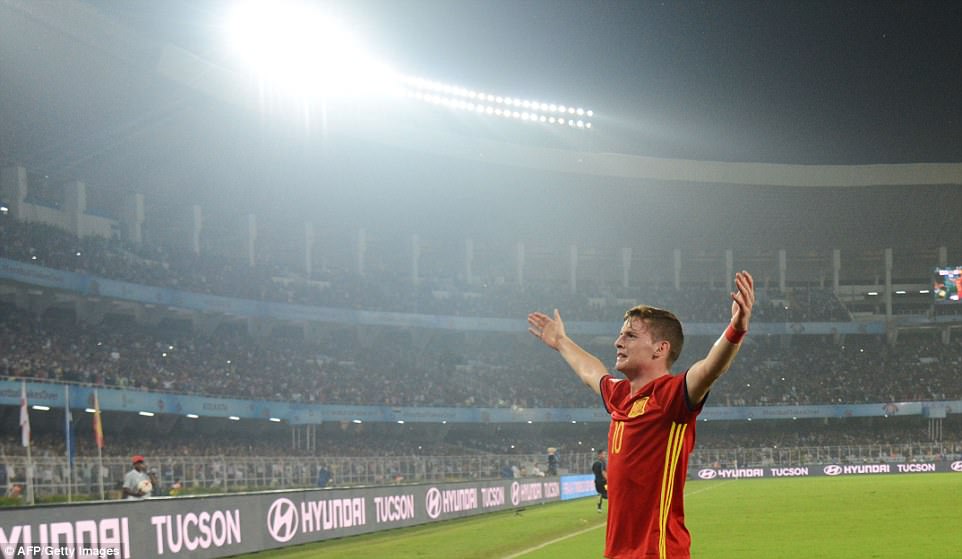 Gomez celebrates in front of a sell-out 66,000-strong crowd at the Salt Lake Stadium in Kolkata, India

It was a lovely strike and once again Gomez made for the corner flag, where the Spain bench had emptied and almost all of the substitutes sprinted down the touchline to celebrate with him.

England were rattled and had to roll with the punches as Spain committed more men forward in an effort to kill off the contest.

But this played into England’s hands and they began to find pockets of space in behind once again. Phil Foden headed wide at the back post amid suspicions that Hugo Guillamon was tugging his shirt.

Then Callum Hudson-Odoi found space down the left, cut inside and curled a shot onto the far post.

England were knocking at the door and it opened a minute before the break. Sessegnon found half a yard of space down the right and crossed nicely. In the middle, Brewster ghosted in between two defenders to head home from six yards. 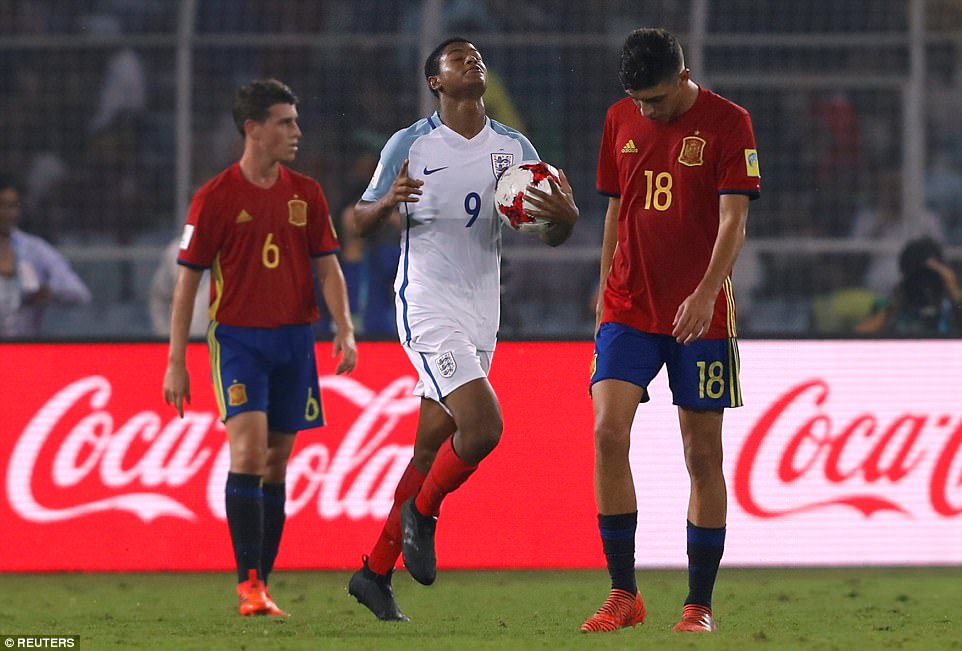 It was his eighth goal of the tournament and, as he retrieved the ball from the net, England were very much still alive and kicking.

Unsurprisingly, England started the second period with renewed purpose and Foden started to become increasingly influential. He saw a shot deflected wide and then played a big hand in England’s equaliser on 58 minutes.

It was the City man’s disguised pass that sprung the overlapping Sessegnon down the right and the Fulham man’s cross was inch-perfect to find Gibbs White steaming in down the middle. The Wolves forward finished easily from just a few yards.

The momentum had certainly shifted, with Hudson-Odoi’s energy running the Spanish defenders ragged. So it came as little surprise that the Chelsea man was the architect of the goal that completed England’s turnaround.

We awaited the Spanish storm and there was almost an equaliser when Victor Churst headed towards goal, only for the alert Sessegnon to clear off the line.

Incredibly though, it was England who moved further ahead with a fourth goal. A free-kick was swung into the back post, where the tall Joel Latibeaudiere knocked it down and his fellow defender Guehi spun to fire home.

And there was even time for a fifth in the closing minutes. The irrespressible Hudson-Odoi pinged a cross-field ball to Foden, who fired home first time and ran straight to the crowd to celebrate.

When the final whistle sounded, there was an explosion of joy. England were on top of the world. And the manner in which they had achieved it was truly epic.