England aiming to be the world’s best Test team, says Chris Woakes ahead of series against Pakistan

England aiming to be the world’s best Test team, says Chris Woakes ahead of three-match series against Pakistan… after last topping the rankings in 2012

Chris Woakes has revealed England’s ambitions of becoming the No 1 Test team once more as they prepare for Wednesday’s three-match series against Pakistan.

It is eight years since they last topped the rankings, though they currently sit fourth, some way behind leaders Australia, New Zealand and India.

But Woakes admitted: ‘We have spoken about it, and we’ve spoken about how we’re going to do it. As an international team, you want to aim for the top. There’s no point aiming to be third, is there? 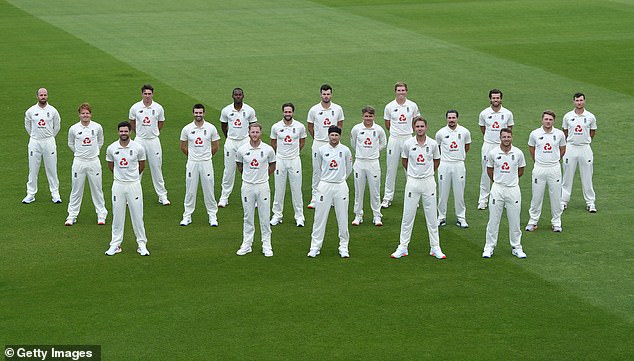 ‘We want to get to the top if we can – but it’s not an easy route. We’ve definitely spoken about how we go about our business, and how we’re trying to evolve and change as a Test team.

‘We’re going to have the odd speed bump along the way, but I definitely feel there’s the quality in the dressing-room and the squad.’

England’s most recent journey to the top, culminating in a 4-0 win over India in 2011 under coach Andy Flower and captain Andrew Strauss, resulted in a film, The Edge, which was broadcast once more on Sunday night on the BBC. But their reign lasted only a year before they were replaced by South Africa. 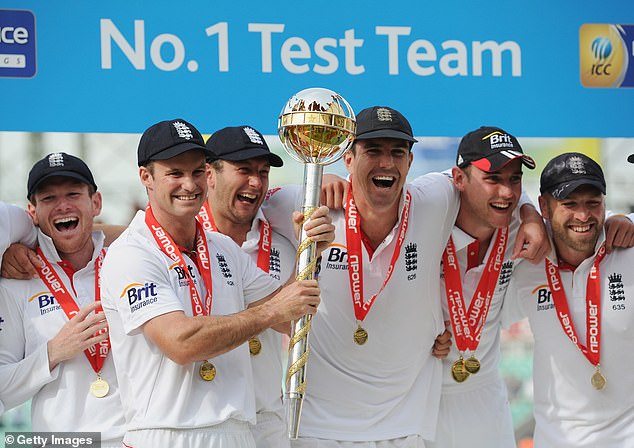 England last topped the rankings in 2011 after beating India, but their reigned last only a year

The ICC rankings are separate from the new Test championship, in which the top two will advance to the final to determine the World Test champions. England are third, behind India and Australia, and desperately need the 120 points they would get by beating Pakistan 3-0.

Woakes will feature in the trickiest selection debate ahead of the first Test at Emirates Old Trafford, after Ben Stokes emerged unscathed from a few overs in the nets. Stokes was unable to bowl in the third Test against West Indies because of a thigh injury, but if he is fit to take his part in a five-man attack against Pakistan, Woakes could miss out.

That would be harsh on a player who picked up 11 wickets at just 16 apiece against West Indies, and bowled England to victory on the last day of the series with figures of five for 50 – taking his overall record in home Tests to 81 at an average of 22. 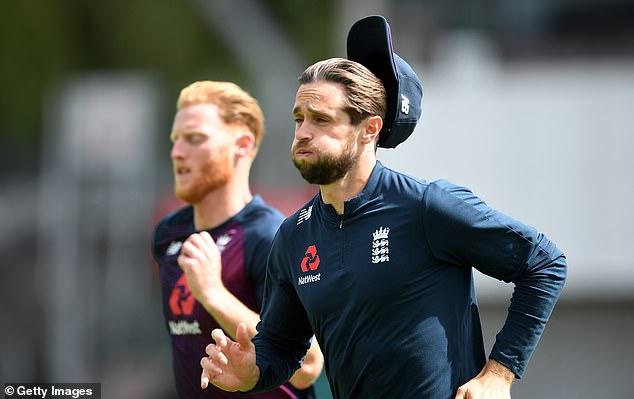 ‘I hope I’ve done enough to be in that starting XI,’ he said. ‘But competition is high at the minute. We’ve got still two of England’s greats charging in and taking wickets every time they play, and we’ve got exciting fast bowlers as well. It’s not an easy team to be cemented in.

‘My record in England is brilliant, and I’m obviously pleased with that, but I want to keep getting better, improving myself.