‘I’m desperate to win something here’: England back Anthony Watson urges Bath to seize their chance of glory in Premiership play-offs

Anthony Watson wants Bath to make up for lost time in the Premiership play-offs, having himself taken for granted his only semi-final appearance to date.

The England back, 26, was part of the side who made the domestic final in 2015 — only to be beaten by Saracens.

And ever since, Bath have been locked out of the top four, until now, this year benefiting from Sale’s Covid outbreak which saw the Sharks forfeit their final match of the season.

So now back in the big time, Watson is ready to rumble. ‘One of my biggest regrets is having lost some of these must-win games,’ he said ahead of Satuday’s semi-final against Exeter. ‘I’m desperate to win something here and now we have the best opportunity we’ve had in five years.

‘I remember that 2015 semi-final we got to, Kyle Eastmond said to me in the car, “We won’t get a better chance to win it for a while”.

‘I remember thinking naively, at 21, “What’s he on about? Our team is on fire. We’ve come second in the Prem and are flying. We’ll be back next year and the year after”.

‘You see how quickly things change, it makes you appreciate when you get to these positions you must make the most of them. I’m massively excited to get out there, win and have another crack at a final.’ 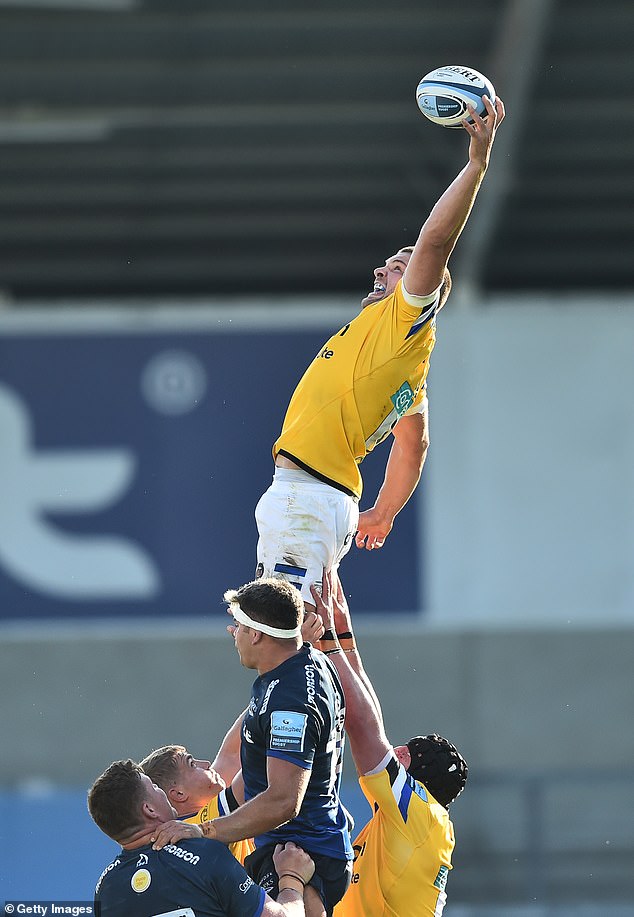 Bath have won seven out of nine, with one draw, since lockdown to propel them from sixth place.

‘Lockdown helped us,’ said Watson. ‘A lot of the boys’ focus narrowed around what they wanted to get out of rugby, and the opportunities we’d missed.

‘(Head coach) Neal Hatley has had more time to have an influence and had a big impact, while (scrum-half) Ben Spencer has been world class.’

Bath skipper Charlie Ewels agreed, saying minds were focused by the enforced break. ‘Previously, adversity for us was if breakfast was five minutes late at our training ground,’ he said.

‘Then together as a group we went through genuine real-life adversity. There were guys with worries about mortgages, pay, the health of family members. You realise the things you got hung up on before aren’t that important. ‘When everything is taken away you realise how important it is to win at the weekend.’

Bath will have to defy the odds to win at Exeter, who have made every Premiership final since 2016 and have never lost a play-off semi-final. However, with Joe Cokanasiga recently back after a long injury lay-off, Watson believes they have the firepower to do it.

‘Give him too much space and he will make something out of nothing,’ Watson said of Cokanasiga.