Gareth Southgate believes his improving team were robbed of victory against Italy on Tuesday night following the latest VAR controversy.

The spot-kick was awarded after referee Deniz Aytekin used VAR to give Italy the opportunity to equalise after a collision between James Tarkowski and Federico Chiesa in the area. 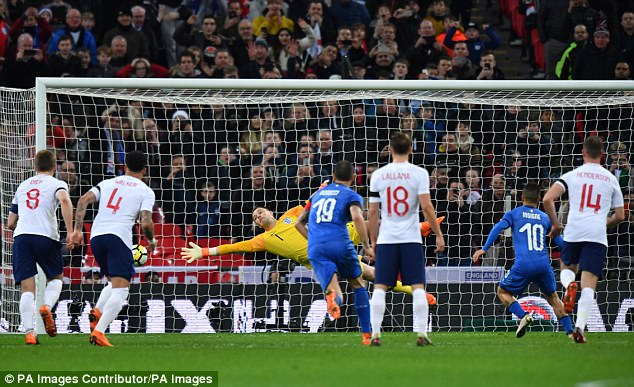 He said: ‘I’m glad it’s not the World Cup just yet. I think the ruling is “clear and obvious” and it’s not. It’s one you can debate all day.

‘It looks like James Tarkowski stands on him but it’s during the running process and he’s going down anyway.

‘I think the referee had a good view already. I don’t think with incidents like that VAR will clear things up. An obvious handball and stuff like that then maybe. But we have to get on with it.’ 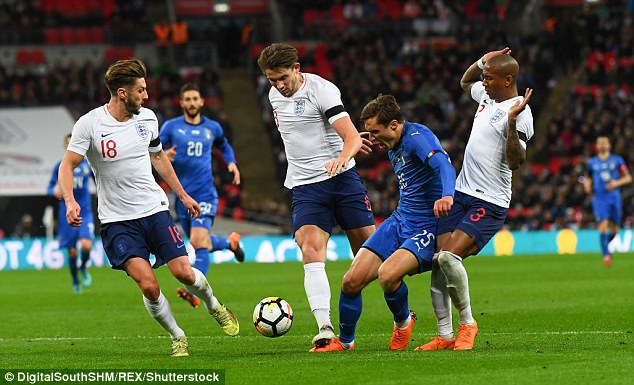 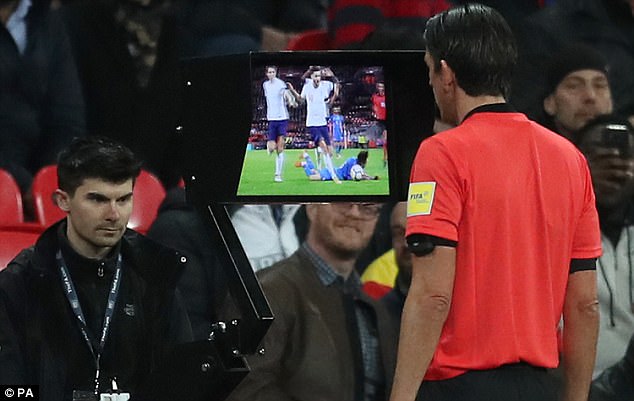 On the incident, Tarkowski added: ‘I stood on his foot but I didn’t think a lot of it. It is what it is – I’m not going to complain. It’s been a great experience this week.

‘It’s never a penalty. It would have been nice to have two wins but I think there’s a lot of positives to take. We look forward to the World Cup now.’

Italy’s late goal meant a disappointing end to an otherwise positive night for Southgate and his players.

England dominated the Italians for much of the game; Raheem Sterling in particular catching the eye at Wembley.

‘In the first five minutes we were very sloppy and gave the ball away in our penalty area but then we settled down and created more chances,’ added Southgate. 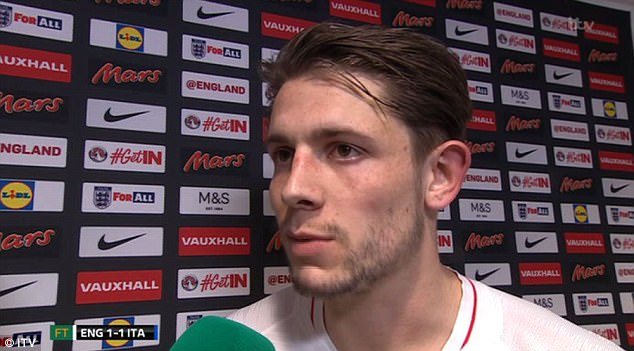 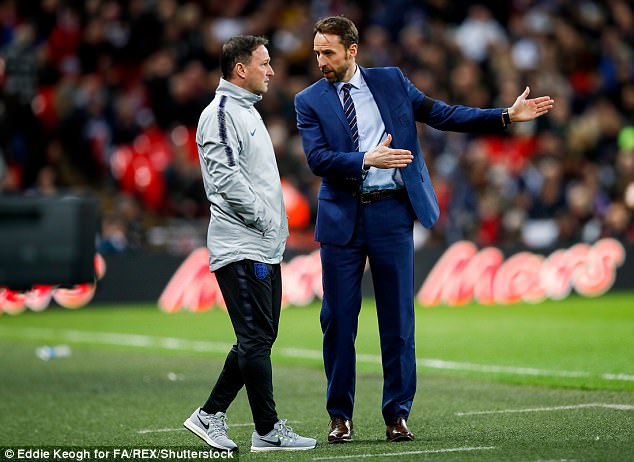 Southgate (right, with assistant Steve Holland) insisted the incident was not ‘clear and obvious’

Kyle Walker continued in an unfamiliar role at centre back, having started in the role in Friday’s win over Holland.

Nevertheless, the right back looked more than comfortable in a back three and is now emerging as a genuine contender to play as a centre half at the World Cup this summer.

And the Manchester City star said: ‘Centre back is a new position for me but I am confident playing there. I do virtually the same for Manchester City.

‘I played there for England Under 19 and a bit for Sheffield United. The manager said early on he wanted to see me there, as long as I’m on the plane, that’s all that matters.’

England goalscorer Vardy added: ‘We started off strongly in the first half and created lots but in the second half Italy started pushing on and had a few chances themselves so all-in-all I think it was a fair result.

‘The game showed that we could defend as a unit and we had chances in attack which will take care of itself. We will see how far we can go [in the World Cup.]’ 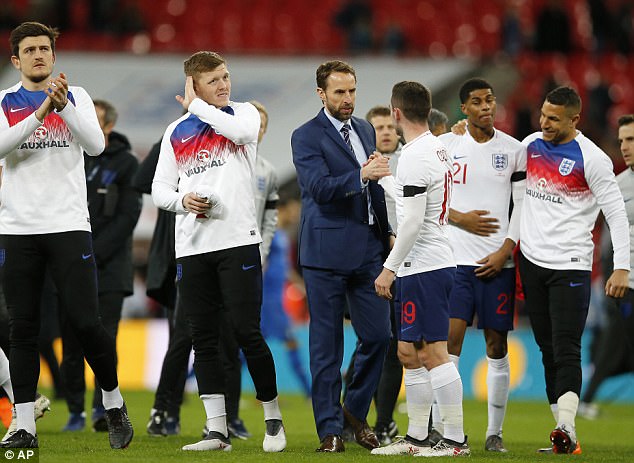