Eddie Jones was forced to make a grovelling apology last night after video footage emerged of him calling the Irish ‘scummy’ and Wales a ‘s*** little place’.

The England head coach made the highly derogatory comments in July while conducting a talk for Fuso, the Japanese sister company to key RFU sponsor Mitsubishi.

The video, still available on the company’s website and YouTube last night, has surfaced in the build-up to England’s NatWest 6 Nations clash with Ireland on Saturday. 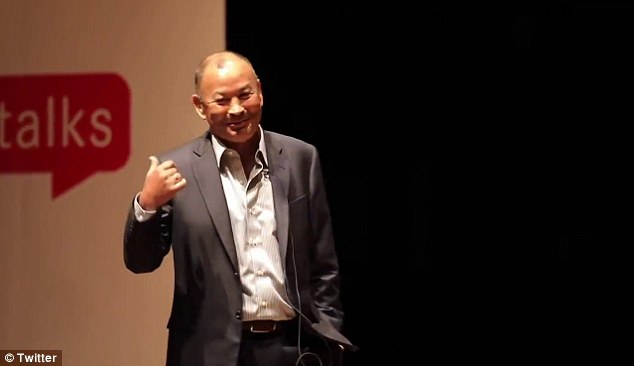 When talking about his England record last summer, the 58-year-old Australian told the audience: ‘We have played 23 Tests and have only lost once to the scummy Irish.

‘I am still dirty about that game. We’ll get that back, don’t worry. We are playing them in the Six Nations at home next year so we’ll get them back.’

The England boss caused further offence to Wales. While talking about the challenges he faced when taking over the Japanese national team in 2012, Jones told a story of the Under 20s team losing 125-0 to their Welsh counterparts.

‘The gap between where Japan was and the Tier One countries was enormous,’ he said. ‘I took over and within three months the Japan Under 20s team played the Wales Under 20s team.

‘So Japan is the size of this table (pointing to a coffee table), and that is Wales (pointing at a glass of water).’ 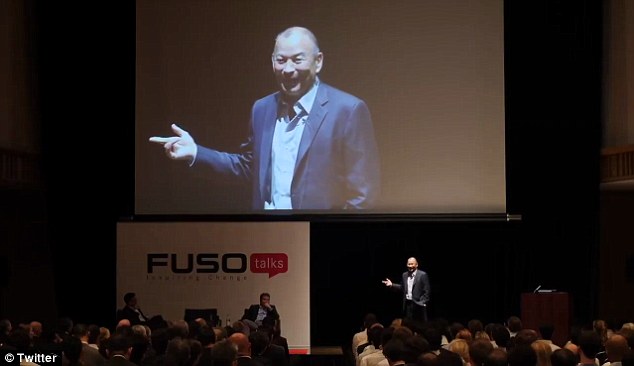 He was speaking at the Fuso talks, held by the parent company of England sponsors Mitsubishi

“We’ve only lost one test to the scummy Irish…we’ll get em back” – Eddie Jones, 2017. Our scummy hands are just going to leave this here?.

After the footage was circulated online, Jones swiftly retracted his incendiary comments.

The England boss said in a statement: ‘I apologise unreservedly for any offence caused. No excuses and I shouldn’t have said what I did. I am very sorry.’

An RFU spokeswoman said: ‘Eddie has apologised for his inappropriate remarks and the RFU is also very sorry for any offence caused and will apologise to the IRFU and WRU.’

The video had been originally posted online in July but was circulated on Wednesday on Twitter, causing widespread outrage. That prompted the rapid response from both the head coach and the Union.

Jones gave the talk on leadership as part of a private commercial appearance with Fuso — a truck manufacturing company which is part owned by Mitsubishi — in Japan. Mitsubishi became an official England sponsor at the start of the 2016-17 season. 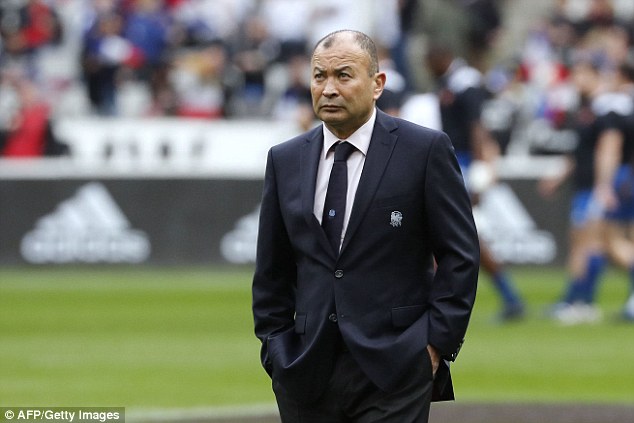 Aside from creating intense embarrassment at the RFU, possibly straining relationships with sponsors and causing a social media storm, the comments are likely to motivate the Irish as they head to Twickenham on Saturday bidding to win the Grand Slam.

It completes a difficult couple of weeks for Jones as England have suffered successive Six Nations defeats away to Scotland and France and he was abused by Scottish fans on a train after last month’s defeat at Murrayfield.

Jones has delayed his team announcement for Saturday’s game against Ireland due to ongoing fitness concerns over Dylan Hartley and Elliot Daly. 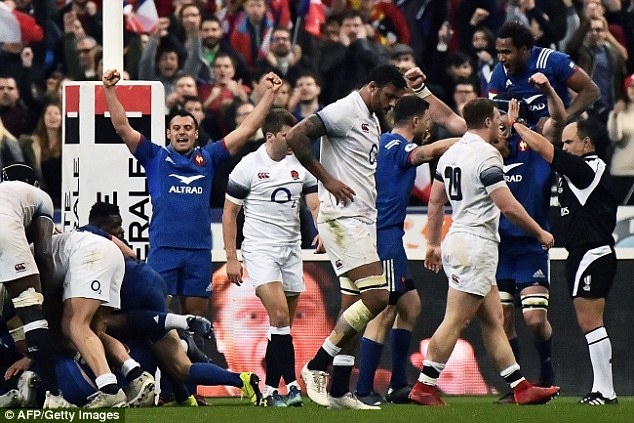 Both players returned to training yesterday before medical staff deemed it necessary to wait 24 hours to make a call on their availability.

Jones was scheduled to trim down his squad last night, but instead retained 29 players ahead of Saturday’s Six Nations finale.

Hartley has been recovering from a calf strain suffered in training last week, and Daly was sent for scans on a foot injury sustained in the defeat by France.

Should Hartley fail to recover, Jamie George will start at hooker, with Owen Farrell likely to retain the captaincy. 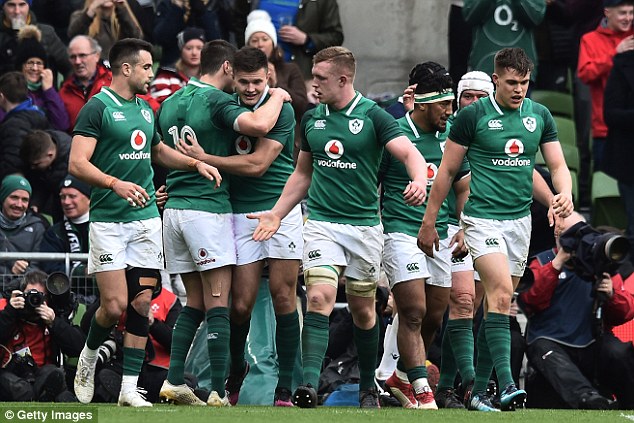 ‘Owen is an exceptional character,’ said England assistant coach Paul Gustard. ‘We are fortunate we have someone like Owen, just as we are with Dylan.

‘In terms of leadership qualities, we are very fortunate we have two guys who on and off the field contribute so much.’

Farrell could lead England against his father Andy, Ireland’s defence coach. Should Daly fail to recover, veteran full back Mike Brown could return to the starting XV, with Anthony Watson playing on the wing.

England were already suffering from an injury crisis after Courtney Lawes and Nathan Hughes were ruled out for the season. Jones has subsequently been forced into a back-row rethink, with Don Armand, James Haskell and Sam Simmonds all pushing to start.