Let’s say au revoir to France! Pubs will be packed, big TV’s are selling out, Brazil are gone AND it’s Saturday… It’s time to roar on the Three Lions

Whether we end up drowning our sorrows or toasting victory, there’s going to be one certain winner tonight: pub landlords.

Boozers are set for their busiest day in three years as fans roar on England in the World Cup quarter-final.

Some 28million pints will be sunk nationwide – with another 50million to be supped at home – as millions watch the battle with France at the biggest gatherings since before lockdown. And in Qatar, hundreds of fans were dashing for last-minute tickets for a match that’s been dubbed Le Crunch as some tried to cash in by demanding £9,000 for seats.

Some 23million people are set to watch the 7pm game on ITV, the biggest TV sport audience since the Euro 2020 final last year. 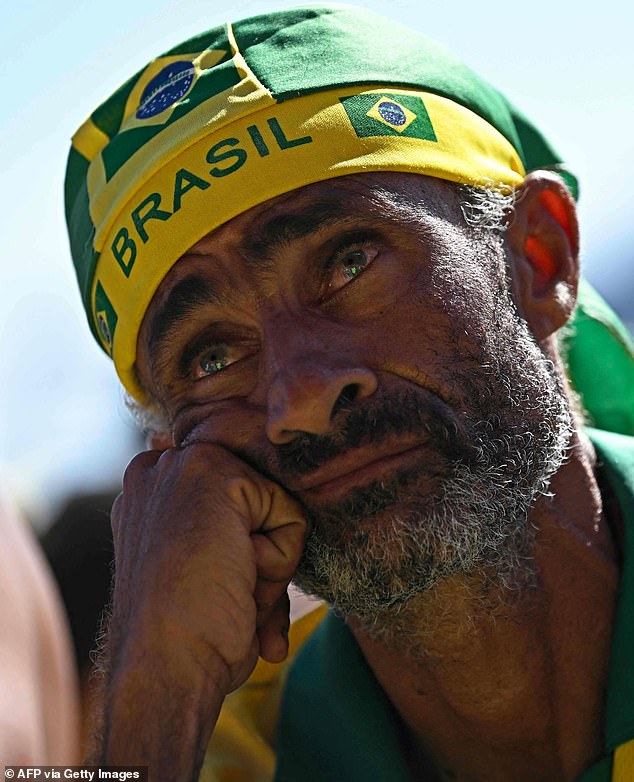 John Lewis said sales of large 60 to 69-inch TVs more than doubled last Monday, compared with the same day a week before.

Giant screens showing the big match have been set up at warehouse-size venues in London, Manchester, Birmingham and Newcastle, but many are already fully booked.

Extra police are being deployed in London, with the Met saying it expects venues to be ‘extremely busy’ tonight. Emma McClarkin, British Beer and Pub Association chief executive, estimated 28 million pints would be sold today – six million more than usual – in a £26million boost to the sector.

She said: ‘Pubs need this, as they continue to weather what was already set to be a difficult winter.’ As anticipation levels reached fever pitch, English and French fans both said they were feeling confident of glory.

They included I’m A Celebrity winner Jill Scott, one of the team of Lionesses who won Euro 2022, who said she was convinced Gareth Southgate’s stars would beat the reigning world champions because ‘player for player I think that we’re better than them…100 per cent’. But a scramble for tickets means they were sold out at the main sales point in Doha. Touts were asking for around £1,000 for a ticket originally costing £200. The online resale website Ticombo had £350 seats going for £2,500. 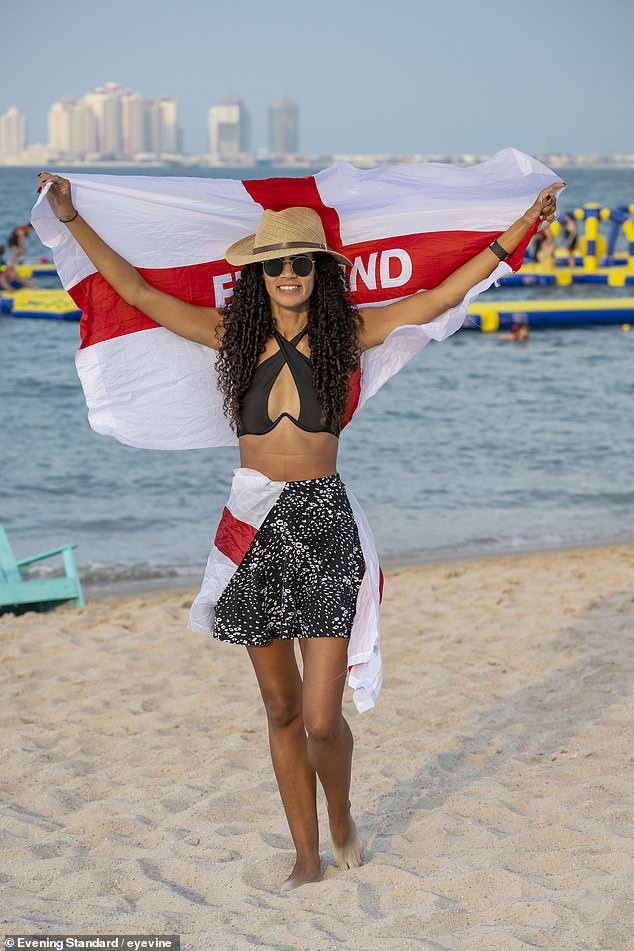 Another website, Live Football Tickets, was selling hospitality packages for £7,000, plus a £2,000 fee. Among the lucky ones with tickets were England supporters Neal Weekes, 57, and Fil Sollof, 57. Mr Weekes, an auctioneer, from Greenwich, south-east London, said: ‘We wouldn’t miss this quarter-final match against France for the world.’ His friend, a property services owner from Loughton, Essex, added: ‘It’s been pretty tiring but worth it.’

For fans of Brazil, however, it was an early flight home after their team – the favourites – were sensationally dumped out of the World Cup by Croatia, leaving the vanquished players in tears.