England land in Perth ahead of Ashes series with Australia

England’s Test cricketers touched down in Perth on Sunday ahead their Ashes series against rivals Australia.

Alastair Cook, Jimmy Anderson and Gary Ballance posed for photos with fans at the airport while Jonny Bairstow and captain Joe Root were seen signing autographs.

The squad then travelled to their hotel, where Root addressed the media. 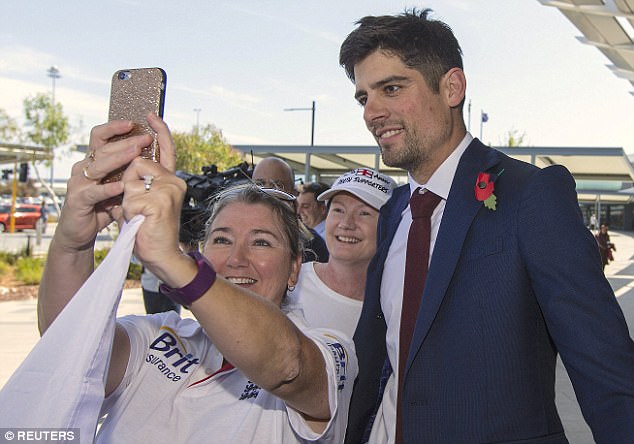 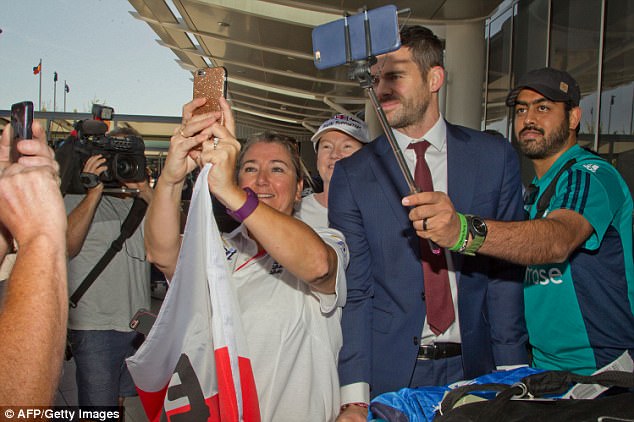 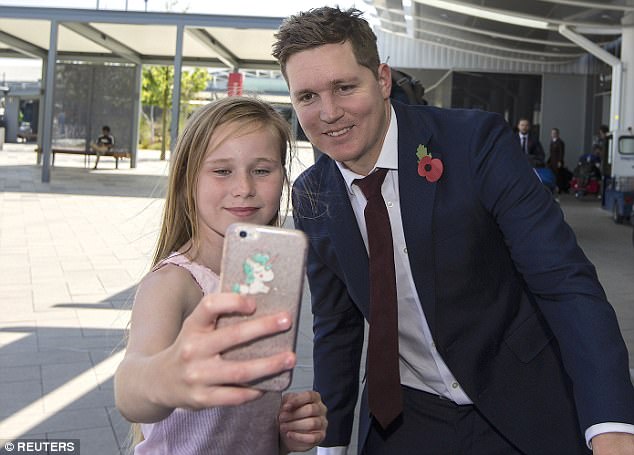 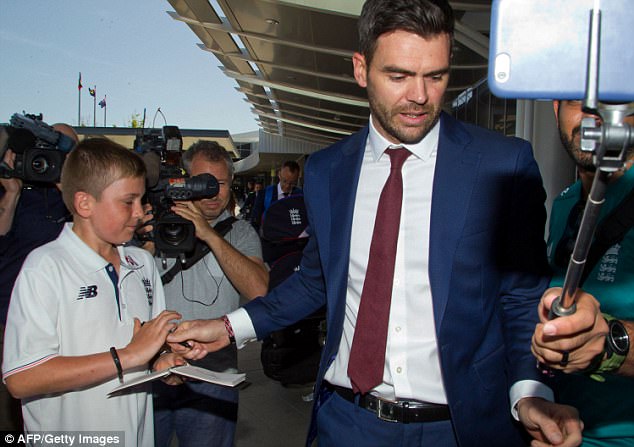 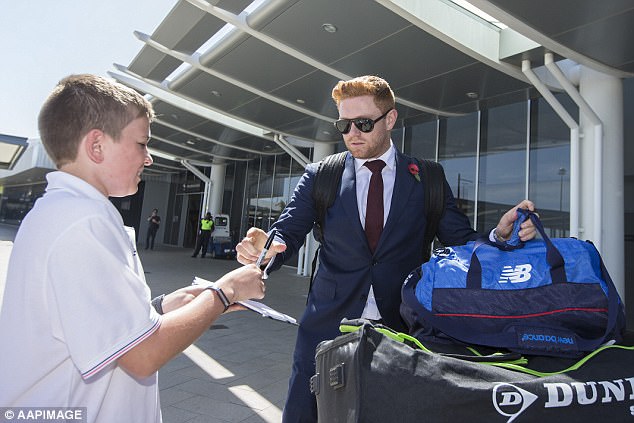 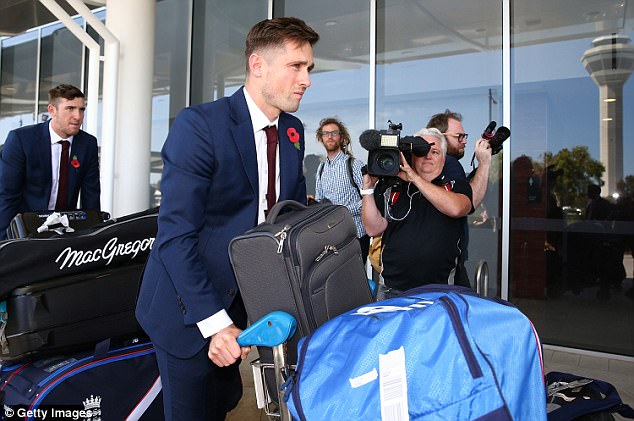 Root was asked about all-rounder Ben Stokes, who has not travelled Down Under as he remains under investigation by Avon & Somerset Police, despite being released without any charge as yet following a street fight last month.

Two gay men claimed in a recent interview with The Sun that Stokes was defending them from homophobic abuse when he was arrested on suspicion of causing actual bodily harm after a disorder outside a Bristol nightclub on September 25.

Billy O’Connell and Kai Barry described Stokes, respectively, as a ‘hero’ and a ‘gentleman’ for helping them.

Despite this twist, Stokes is still current missing from England’s plans for their current tour, but Root is wishing his absent team-mate well.

‘But the reality of it all is we’ve all got to wait and see… we’ve got to plan as if he’s not going to be here.

‘In terms of the criminal investigation, we have to let the police get on with that.

‘(Then) there’ll be an internal investigation that follows. We’re completely in the dark as to what’s going to happen.’ 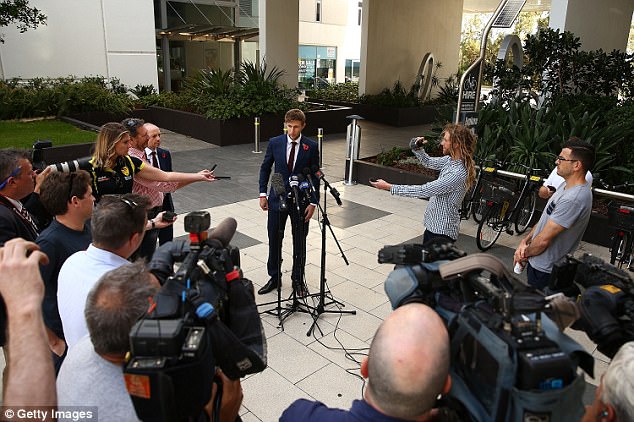 After leaving the airport, the squad travelled to their hotel, where Root addressed the media 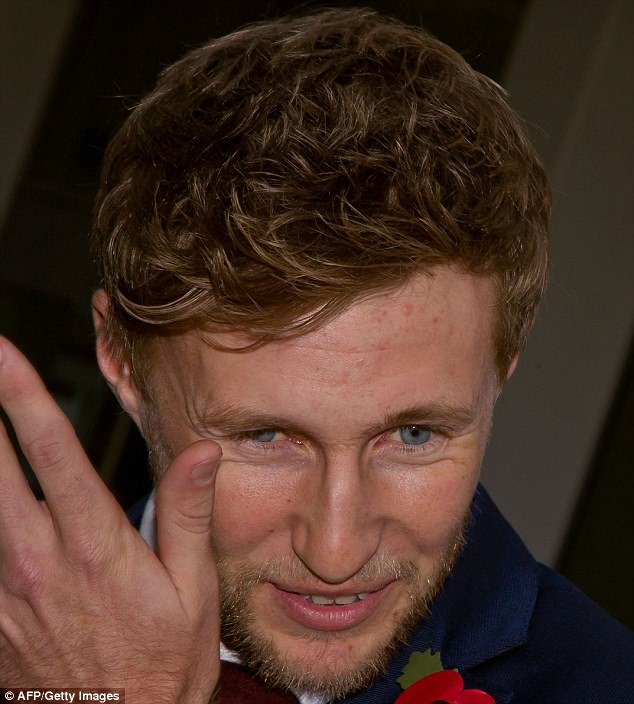 Root was asked about Ben Stokes, who is still in England after last month’s trouble with the law 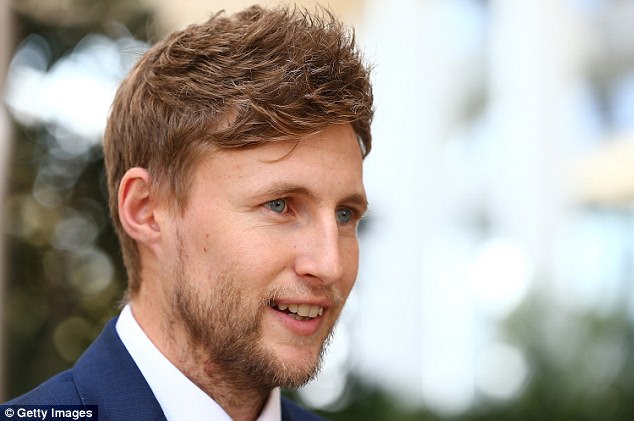 ‘We’ve all got to wait and see… we’ve got to plan as if he’s not going to be here,’ Root said 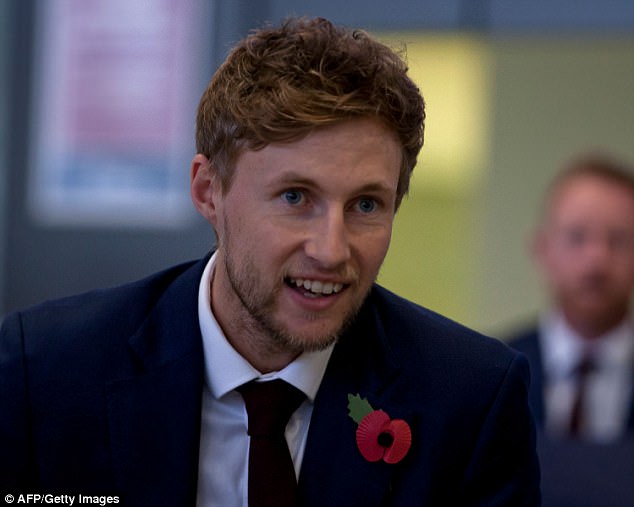 Root added: ‘We’re completely in the dark as to what’s going to happen’ 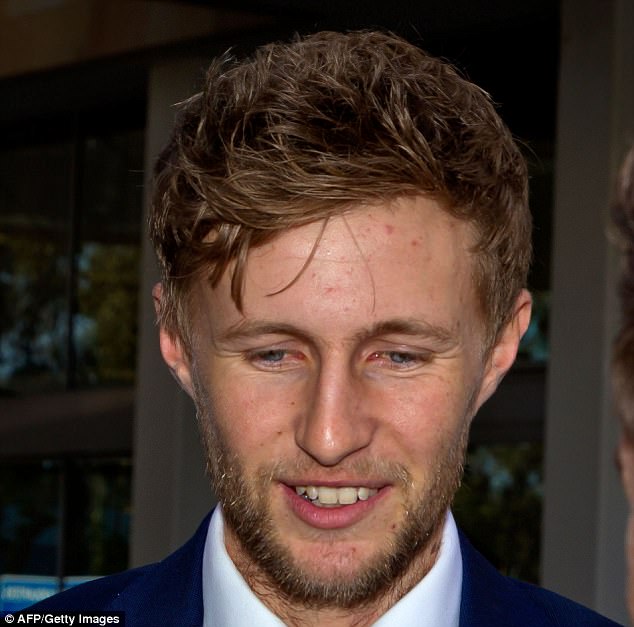 Root also responded to comments from Australia batsman David Warner, who had told England to prepare for ‘war’ and that the hosts would be motivated by their ‘hatred’ for the tourists.

‘I saw them (the comments). It’s not for me, but everyone is different,’ Root explained.

‘He has his own views on the way he wants to go about it, but I don’t think I would ever put cricket and war in the same bracket.’

The first Test starts at The Gabba in Brisbane on November 23. 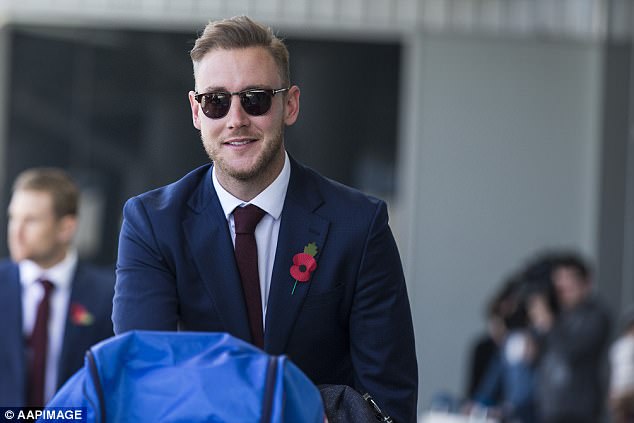 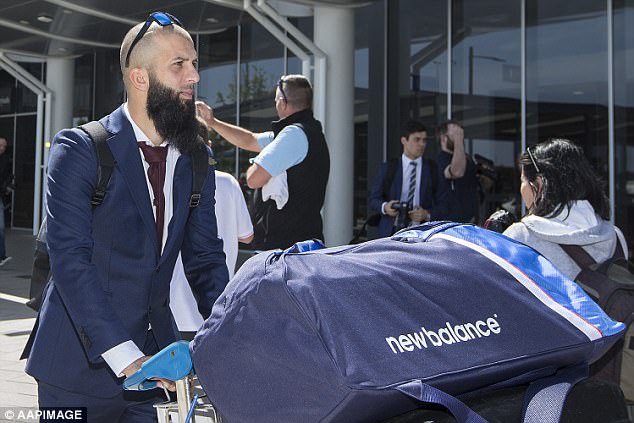 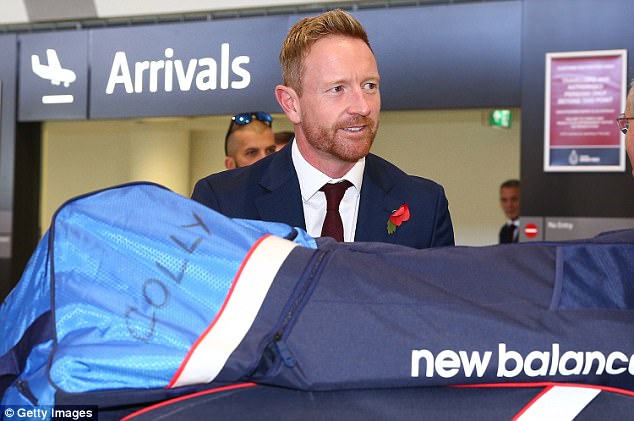