England must put in a super-human performance to beat France, otherwise things could turn ugly

What is this mission for England now that their title hopes have turned to dust?

Senior players have talked about spoiling France’s Grand Slam party, but Eddie Jones disputed that view. ‘It’s about creating our own party,’ he said.

There should be no festivities for finishing third in this Six Nations, which is the best return the national team can muster. Fourth place is more likely and fifth — the same dire outcome as last year — is still a possibility.

But if the visitors somehow beat France, it would partially salvage another come-down campaign and, in the circumstances, England would be justified in letting the party run all week.

It is hard to imagine such a shock. In truth, this has the look of a damage-limitation exercise. Unless all rugby logic is turned upside-down, England can do no more than save face by making a game of it, just as they did against the Irish last weekend.

This match is likely to expose how much ground Jones’s side have lost to Europe’s other heavyweight oval-ball nation.

The last time these cross-Channel rivals collided in Paris, England were the northern hemisphere kingpins after their impressive charge to the World Cup final. 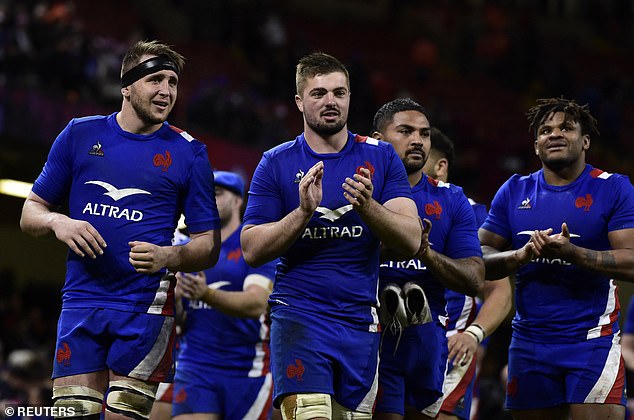 How times have changed. In that 2020 instalment of Le Crunch, new, untried, unproven France beat an established, familiar England line-up and their respective graphs have been moving in different directions ever since.

Jones repeatedly argues that progress at Test level is ‘not linear’, but it has been for France under Fabien Galthie. He brought in a raft of young players, backed them and stuck with them.

There have been a few tweaks along the way, but the same core group has developed well, thanks to high-class coaching from a settled management team.

They have added players in a logical way. How very un-French. It is almost as if these teams have swapped historical identities.

Two years ago, France won that landmark game and they went on to finish second in the championship. They finished second again last year and now they stand on the verge of a clean sweep, for the first time in a dozen years.

French experimentation has taken place away from the confines of this annual showpiece. They won a Test in Australia, having gone Down Under with a mixture of second and third-choice players, and they so nearly upset England at Twickenham in the final of the Autumn Nations Cup in 2020, without the majority of their leading lights. 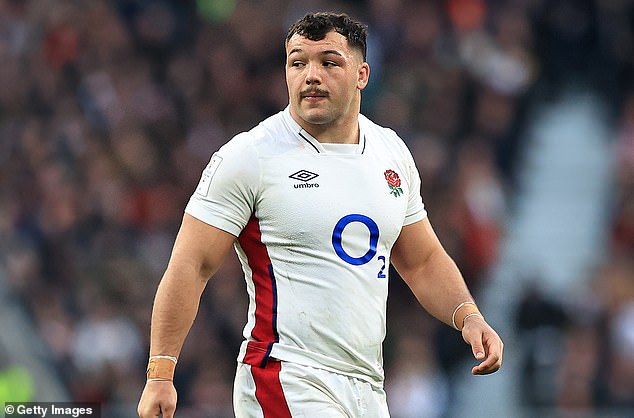 The climax of this Six Nations could serve as another tribute to the work of Shaun Edwards — the English master in the French camp, who the RFU have been inexplicably reluctant to hire.

He is the one who got away, again and again, and there’s every chance that he will add another medal on Saturday to his astonishing cross-code haul.

Last Saturday, with 14 men for 78 minutes, England were defiant against Ireland.

They fought the good fight to take that game to the wire, but there must be grave doubts that even a super-human asset such as Maro Itoje or a fired-up Ellis Genge can scale the same peaks seven days after that herculean effort. If they can’t do so, England are in trouble.

In fact, there is trouble written all over this fixture, even if those two fine forwards do rise to another grand occasion.

There is no area where England have an advantage. None. So what they have done is gear up to follow Wales’ lead by targeting Cameron Woki at the lineout and seeking to gain a return from launching high kicks in the direction of the hosts’ back three. 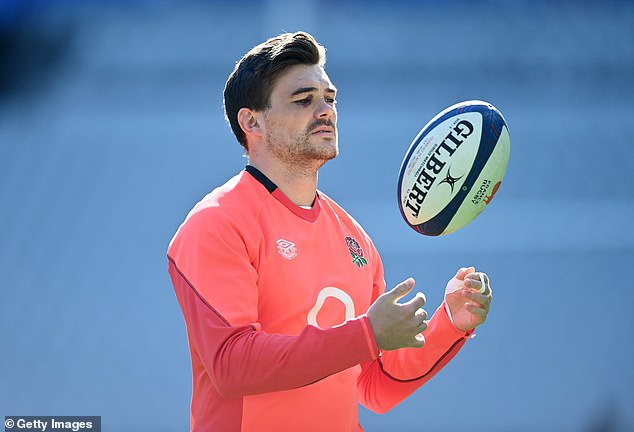 The latter plan is why Freddie Steward has been switched to the wing, for a little-and-large aerial tussle with Gabin Villiere.

But that ploy removes a reliable figure from the back, where George Furbank has been reinstated to confront the ghosts of his uncomfortable Test debut in the same arena two years ago.

France hold all the trump cards. Their captain, Antoine Dupont, is the world’s best player. Gael Fickou is an outstanding defensive leader, while Damian Penaud is back to wreak havoc out wide.

They have a titan at No 8 in Gregory Alldritt. Woki and the mighty Paul Willemse are a formidable lock alliance. 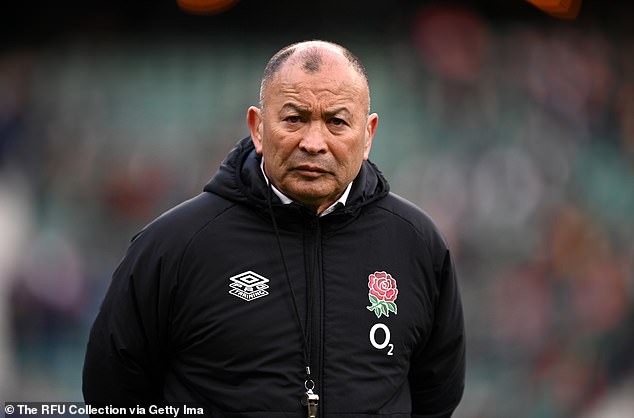 And in the front row, the monstrous Uini Atonio and the multi-purpose Cyril Baille bring clout to the home scrum and France’s effective close-quarters carrying game.

For England, the best-case result appears to be honourable defeat — again — while the doomsday scenario involves a total collapse, which would leave the whole regime in danger of a similar fate.

Captain Courtney Lawes has branded calls for Jones to be sacked as ‘ridiculous’ but there is little doubt the head coach is under renewed pressure to deliver something on Saturday.