England, Nigeria and Canada join the chase for undecided Chelsea defender Fikayo Tomori: ‘I’m a citizen of all three countries so we’ll have to see.’

England, Nigeria and Canada are in a three-way tussle for the services of Fikayo Tomori, with the Chelsea centre-half’s impressive displays putting him on Gareth Southgate’s radar.

Tomori, who was born in Canada to Nigerian parents, but the family moved to Gravesend when he was a baby, had played for Canada’s Under 20 team and for England’s Under 20 and Under 21 teams.

But as with Tammy Abraham, Nigeria are pressing hard to recruit two of Chelsea’s progress. Abraham has played for the England senior team but has yet to play in a competitive match and so can switch nationalities under FIFA rules,

WANTED MAN: Chelsea defender Fikayo Tomori is yet to decide on his international future

Tomori is non-committal at present and said: ‘I’m a citizen of all three [countries] so we’ll see. I was born in Canada and lived there about seven or eight months old. My family is Nigerian, obviously I live in England. It’s nice to have that. I can’t play Under-21 football anymore so the last international break I didn’t get called up to anyone. Next one maybe we’ll see.’

His manager Frank Lampard has tipped him to be good enough to make the cut for England but insists he won’t try to influence his decision.

Lampard said: ‘It’s his choice. I wouldn’t tell him where to play internationally. But he’s played for [England] Under21s and if he continues with his form and keeps improving then of course I would expect there to be potential for England if Gareth chooses to select him.

‘He shouldn’t worry about it at the minute. He should just worry about how he’s playing every game or how he trains every day and That will be a nice problem for him, hopefully, if he’s eligible for three. He can chose which one he wants.’ 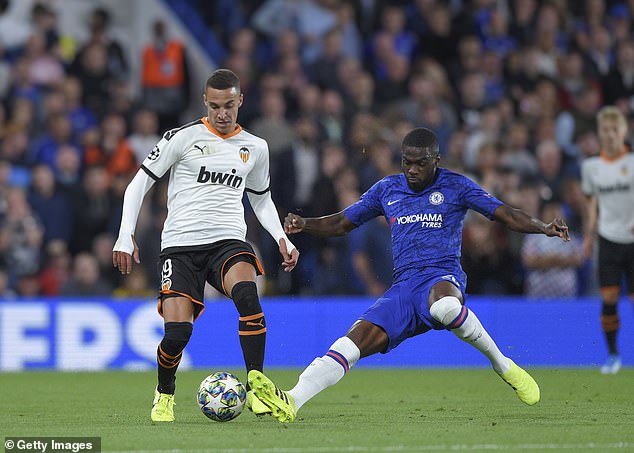 England, Nigeria and Canada are in a three-way tussle for the 21-year-old