Writing in his Mail on Sunday column last week, Springbok director of rugby Erasmus called for set-piece experts to help reduce confusion around the scrum.

‘It can be such a minefield for the referees these days,’ said Marler, speaking on his own podcast. 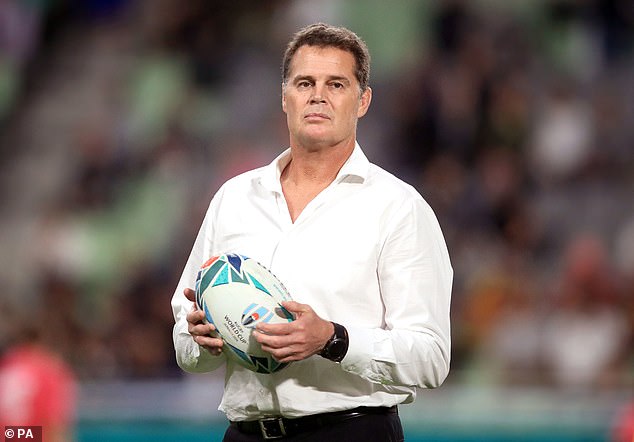 ‘It would be so good. If you were a scrum ref, we could make it proper WWE style with entrance music. I like that he’s coming up with different ideas.’

But prop Dan Cole added: ‘I don’t know if bringing on a scrum referee would help but it’s good he’s trying to bring solutions to the game.’

Last week, Erasmus said: ‘For international rugby, why not form a group of world-class scrummaging experts — former players or coaches — to serve as specialist scrummaging referees? 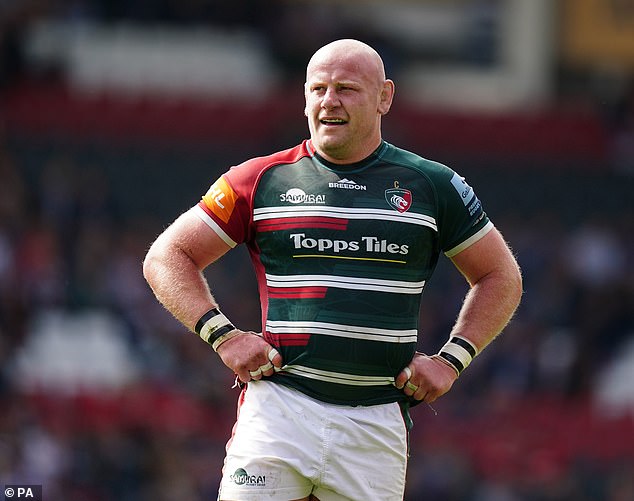 ‘These guys could roam along the touchline, as close as possible to the action and the moment a scrum is called they sprint on to officiate it. Get them in the gym so they are on and off the pitch quickly. It would be their only job, so they would have no impact on the rest of the game.

‘There are about 20 scrums a match so you could even put a microphone on them and link them up to the TV commentary team so the viewers understand what’s going on.

‘According to the law book, a team must be ready to form a scrum within 30 seconds of the referee’s mark. A scrum referee could police this. If you go back to the Nineties, a scrum would be formed 20 seconds from the knock on. It was so much quicker. Why are they becoming a nightmare?’