England’s debut dozen will be challenged to rip up Eddie Jones’ 2023 World Cup plans, like Tom Curry did four years ago, when they play the USA today.

And having discovered a teenage Curry on tour to Argentina the last time the Lions were away, Jones wants a handful of those to keep established names out when the full England squad reconvenes this autumn.

‘I spoke to the leadership group and said: “this isn’t a temporary team, this is England playing USA on Sunday”‘,’ said Jones.

‘Everyone who wears the shirt has the chance to own that shirt, and it’ll all dependent on performance.

‘I need to keep a completely open mind about how many of these players will come through. We had no idea – I can tell you – that Tom Curry would be at the 2019 World Cup as one of the best back-rowers in the world.

‘There’s no reason why three, four or five of these guys can’t do the same thing. That’s the message. Don’t be satisfied where you’re at, keep driving to be better.

‘If we can get four or five out of this group who can go on to be the best in their positions, it’ll be a fantastic position for us.’ 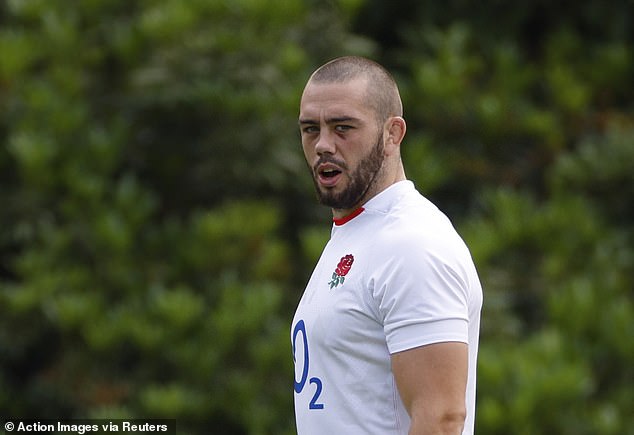 Flanker Lewis Ludlow is captaining the side to face the USA on Sunday, on his England debut

Meanwhile new captain Ludlow has been tapping into the knowledge of former England skipper, and Gloucester legend, Phil Vickery.

‘I have had a lot of chats to him at Gloucester,’ said the Cherry & Whites flanker.

‘The biggest thing he said is enjoy it and be yourself. It gives me a lift to hear from him, and makes me think I’m on the right path.’