With two tries in ten minutes on Saturday, Henry Slade secured his status as England’s new rugby hero thanks to his strength, speed, sure hands… and jelly babies.

The 25-year-old star of the Six Nations victory over defending champions Ireland was diagnosed with Type 1 diabetes when he was 18, and keeps a pot of the sweets in the dressing room for half-time.

The condition leaves sufferers unable to control the blood sugars in their body because they are unable to produce insulin, which controls blood glucose. Unlike Type 2 diabetes, Type 1 is not linked with age or being overweight.

Henry Slade of England pictured with, from left, his father John, his mother Jayne and his girlfriend Megan 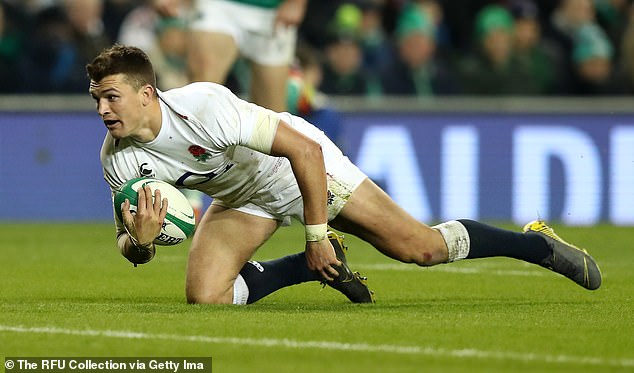 The 25-year-old star of the Six Nations victory over defending champions Ireland was diagnosed with Type 1 diabetes when he was 18. He is pictured diving over for his second try during the Guinness Six Nations match between Ireland and England 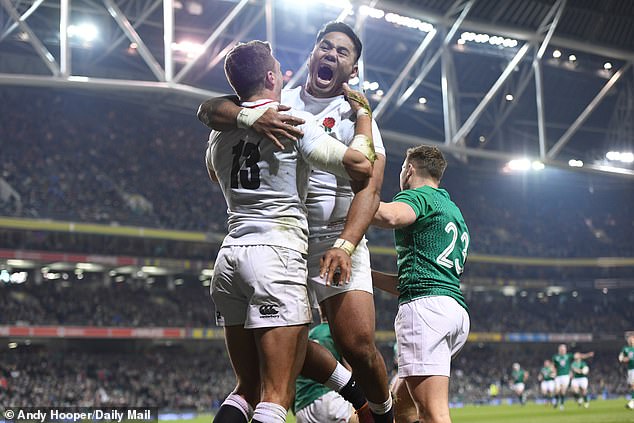 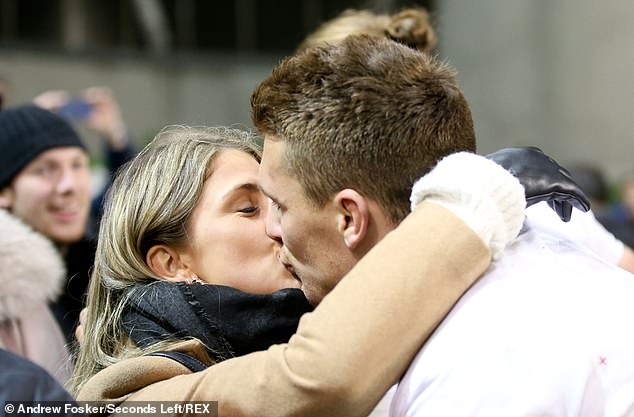 In an interview on England Rugby’s website, 6ft 3in Slade said: ‘My pancreas doesn’t produce insulin so if I eat something then I have to inject insulin into myself – it’s all about balance. If it gets too low, I’ll have some food, if it gets too high, I’ll have a jab.

‘It took a bit of getting used to, especially as my rugby career progressed. I had a couple of little lows and had to get used to how my body would change in training and games. In training my blood sugars would drop so before the session I’d have a couple of sweets just to make sure I’m at the right level. Games were harder to control.

‘In my early games I would test myself at half-time and see my blood sugars were through the roof. We did some trial-and-error testing during several matches just to get it right and found out that the adrenaline would make my levels spike, so it’s all about keeping it in that middle range.’ Slade, who was educated at Plymouth College in Devon where boarding costs up to £31,000 a year, celebrated with girlfriend Megan and his parents John, 56, a surveyor, and Jayne, 50, following the 32-20 victory in Dublin.

He has said diabetes does not affect his game, and is ‘just an extra thing to think about at halftime which would take 30-60 seconds to sort out’. He added: ‘I always have a little pot of jelly babies on my [dressing room] spot. It’s nice to have a couple of sweets every now and again even if I don’t need them – but don’t tell anyone!’ 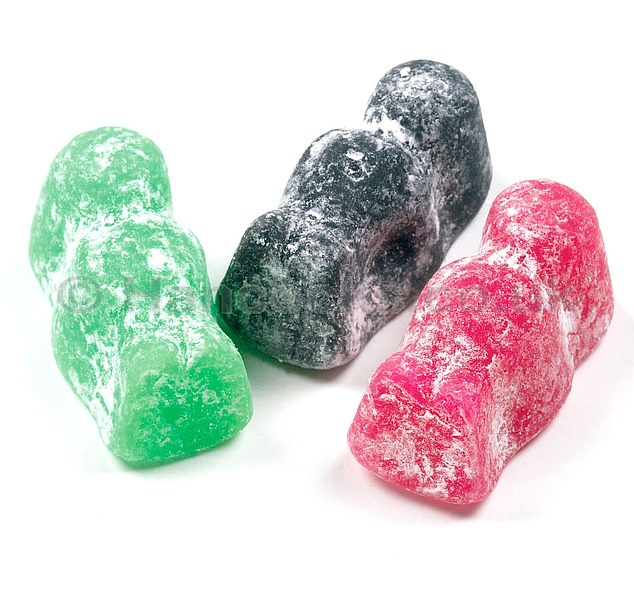 Slade, who plays his club rugby for Exeter Chiefs, has also had a chip inserted into his arm which constantly tests his blood and transmits updates on his blood sugar levels to his mobile phone via an app. He has been vocal in spreading the message that diabetes should not be a barrier to sporting success, helping to inspire youngsters who also have the condition.

‘It’s not something that makes you run slower or lift less weight,’ he said. ‘Don’t ever think, “I’ve got diabetes, I can’t run this race, I can’t lift this weight, I can’t play that match”, because it shouldn’t affect anything to do with your capabilities.’