Twickenham will stage a farcical final on Sunday as France will be without at least 25 of their leading players for the Autumn Nations Cup decider against England.

When Fabien Galthie, the French head coach, announced his 31-man squad on Sunday, there was official confirmation that the showpiece would be undermined by club versus country politics.

Instead of 2,000 fans being allowed into HQ to watch a titanic showdown, they are likely to witness England’s first-choice side claiming a hollow victory against third-choice opposition.

The Covid pandemic has created the need for some uncomfortable compromises, but this is too much. None of the France players who started in Paris when they beat England back in February will be on duty.

Eddie Jones’ side will not have to contend with either of the brilliant Gallic half-backs, Antoine Dupont and Romain Ntamack, or their rampaging Fiji-born centre, Virimi Vakatawa — not to mention captain Charles Ollivon or influential No 8 Gregory Alldritt.

When this extended autumn window was authorised by World Rugby, it was rejected by the powerful French clubs, who went to war with their own union.

An arbitration process initially found in favour of the FFR (French federation), but the clubs appealed again and a settlement was reached, meaning that no player could appear in more than three of France’s five autumn Tests. 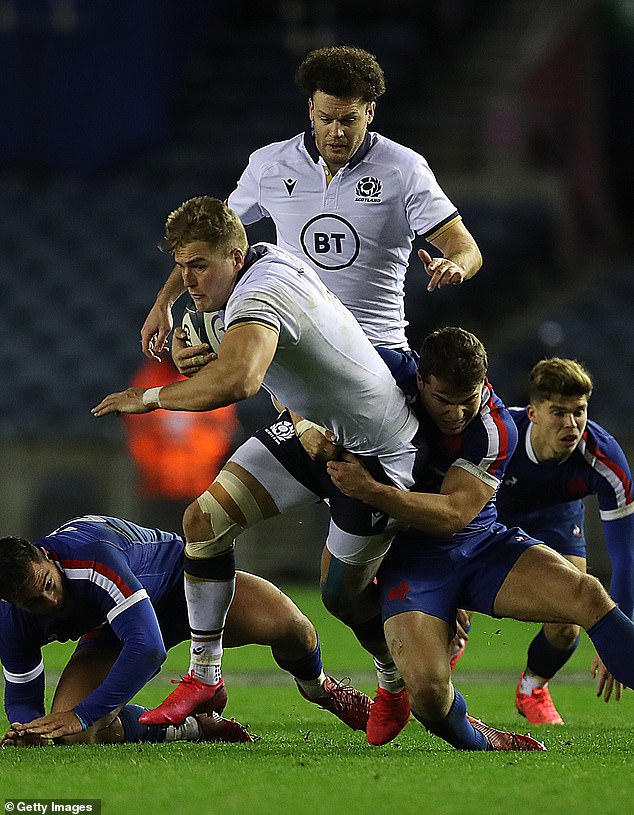 The Autumn Nations Cup has been a drab event — with a succession of arm-wrestle contests in front of empty stands and Fiji’s Covid outbreak denying the public a box-office treat.

Now there will be no thunderous finale.

Speaking on Sunday, England scrum-half Ben Youngs said: ‘It wasn’t something I was aware of until after the result (France’s 36-5 win over Italy) came in. I think it’s something they’re trying to sort out.’

Youngs went on to admit that this was wishful thinking — and it soon became apparent there was no hope of a late U-turn.

England will be wary of the threat posed by France’s reshuffled squad, thanks in large part to the presence of a renowned Englishman in Galthie’s set-up. 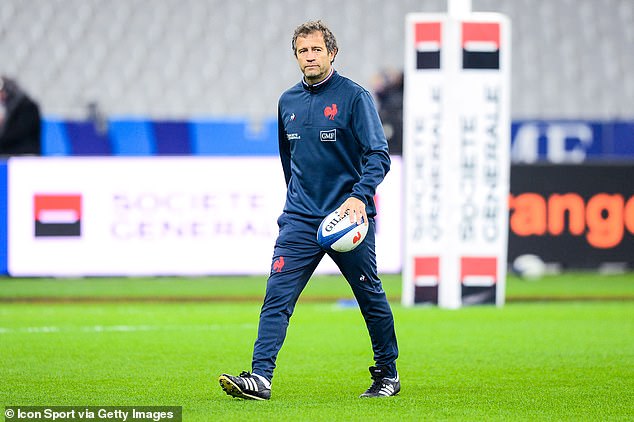 ‘Whichever French team takes the field will be ferocious,’ said Youngs. ‘With Shaun Edwards as their defence coach, there will be no lack of physicality or organisation. His record speaks for itself.

‘The one thing he’s going to bring which they haven’t had previously is complete clarity about what they’re doing. They’ve always had great athletes and big, physical men, so now they’re organised they’ll take some breaking down.

‘They’re probably the most improved team over the last 12 months. We fully respect what’s coming.’

Youngs welcomed the fact that France are a force again, adding: ‘I think it’s very important, if you look at their playing pool and quality. For too long, they probably haven’t been where they’d like to be, but they certainly are now.

‘They’re only going to continue to improve. I can’t highlight enough what a big game it is for us.’

Sadly, it is not quite as big as it should be.

The best of England versus the best of France would be looming as a classic fixture. Instead, a classic example of rugby’s trademark political turmoil threatens another damp squib.

This will do little to lift the sport out of its rut.