This whole week has been extremely tough and to spend five days in isolation has given me a lot of thinking time on where I am at.

To be stuck in a hotel room in Manchester was hard. You know you cannot focus on the game being played on the other side of the bedroom curtains and it was frustrating not being able make an impact on the field. I found I was struggling for motivation in the circumstances when it came to returning to bowling in the nets.

When I walked outside of my room for the first time since being placed into self-isolation for breaking the Covid-19 protocols, I heard the cameras clicking with every single step I took. The whole spectacle made me feel uneasy. I know what I did was an error of judgement and I have suffered the consequences of that. I haven’t committed a crime and I want to start feeling myself again. 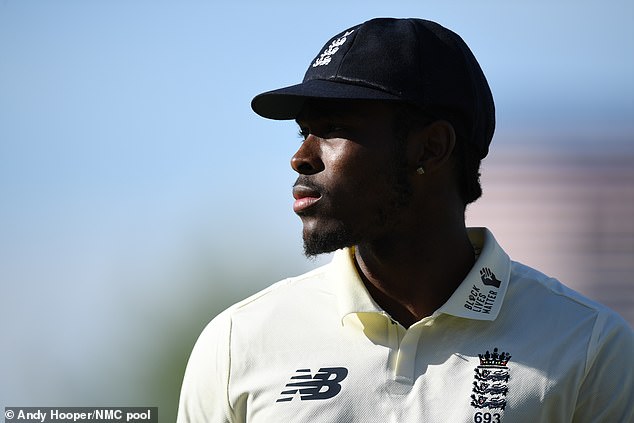 I spoke briefly to the doctor about how I’m feeling and also to Ben Stokes on Monday night. Ben tried to advise me on how to deal with being in the spotlight of international sport. He vowed to back me and support me. Now, I need to be 100 per cent mentally right so that I can throw myself into my cricket this week.

There is a series to win, and after the win in the second match it’s there for the taking. We have got amazing depth in the squad, especially now no one is injured, so many options and therefore to do justice to myself and the rest of my team-mates I have to be ready when called upon. We have the firepower to win the match and achieve what we set out to.

I give 100 per cent every time I go out there and I don’t want to go out on the field unless I can guarantee doing that. 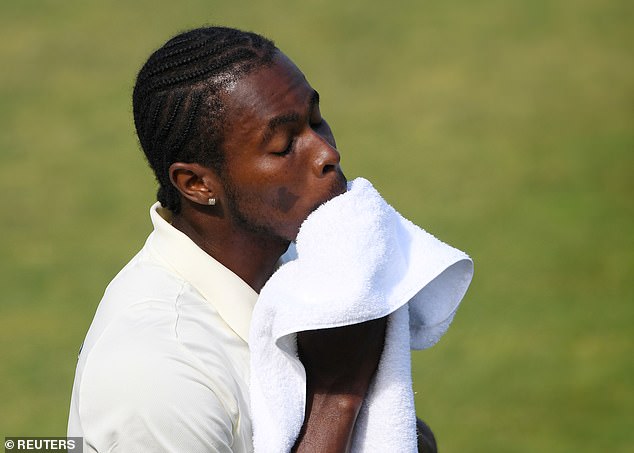 I have witnessed the expectations recently placed on Marcus Rashford. He is a wonderful, wonderful man. He leads talks with the government, gets hungry school kids fed and gets the rightful praise for that. Yet he has a bad few minutes on the football field and it’s forgotten, and everyone is on him. Next time he pulls on an England shirt, no one will care about his efforts to do good.

The second innings in Southampton showed me how fickle cricket is. In the first innings, I hear I am this and that – over-rated. Then, the second innings comes, I do well and it’s all ‘he’s a great player.’ That’s cricket. Some days are good, some are bad. No one is going to be amazing all the time. Sometimes I feel it’s not a fair world – really and truly.

I think Ben used to suffer the same thing. That time has gone now because he has been so amazing for the last year to 18 months, so no one is going to have anything to say.

I don’t know how he gets by without telling everyone off. He must have been so strong mentally to resist doing so. 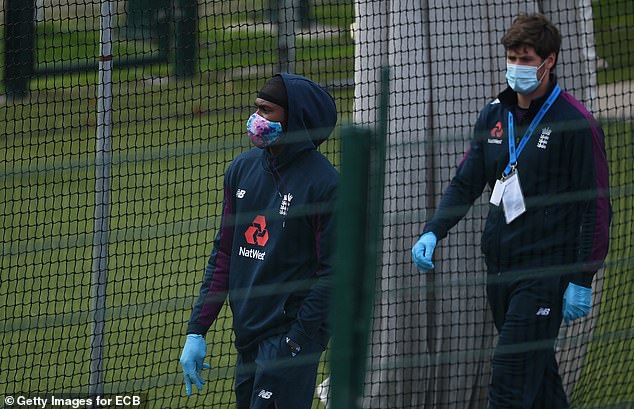 When you are watching from a hotel room balcony it doesn’t give you a particularly good perspective of what has happened, so because the coverage is always a ball or so delayed, I caught back up with it effectively in real time. Then, I would turn straight back off.

This week has showed me that whatever I do will be a focus of attention. If I sneeze too hard it’s going to be headlines.

And I sense a lot of negativity. Whenever something cricket related is posted, the reaction tends to be: he’s over-rated. It gets huge reactions from people. I have played eight Test matches. How can someone be over-rated that has played just eight games?

Over the last few days, I have unfollowed and muted a lot of social media profiles to get away from it. I won’t be going back on it. I find it unnecessary noise. Take two wickets and everyone is back on the bandwagon again. It’s a fickle, fickle world we live in.

Some of the abuse I have taken over the past few days on Instagram has been racist and I have decided that enough is enough. Since Wilfried Zaha, the Crystal Palace footballer, was abused by a 12-year-old online I drew a line and I will not allow anything to pass, so I have forwarded on my complaints to the ECB and that will go through the correct process. 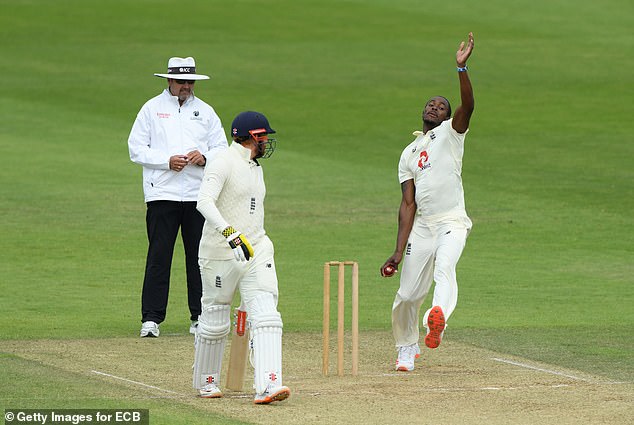 Yes, I made a mistake in not driving to Old Trafford directly from Southampton between matches. But people make mistakes.

Between Test matches, I spoke to a member of the support staff about what I had done, not knowing whether it was the right thing to do. I understood that had to be escalated to senior management.

We knew we had to go to Manchester via certain points. I didn’t. To me, home is home. A safe place. I picked some stuff up, dropped some stuff off. It was no big deal.

I accept that I put the other guys at risk. I did not follow the advice and therefore apologised to my team-mates, to the West Indies team and to everyone involved in the series. 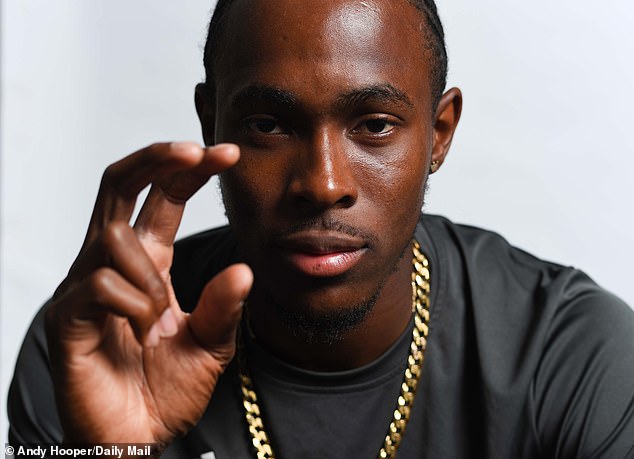 Now I have done my time, it’s over, and I am trying to move on. I accepted my punishment of a match fee fine at the disciplinary hearing on Friday evening and it was pretty painless.

The only people that have amplified things are outside the bubble on social media. I could not believe what I was reading in one newspaper. Someone said they saw me on a scooter. My scooter stopped working in December. It’s been flat for seven months now. That was utter foolishness to suggest such a thing.

It wasn’t a pleasant experience to be confined to my hotel room for five days even though I had my Xbox and workout stuff with me so I could make the most of a bad situation.

But most of my team-mates showed their support by getting in touch. I played Call of Duty with several of them and Joe Root checked in on me with a call daily. I thank those that have stuck by me. 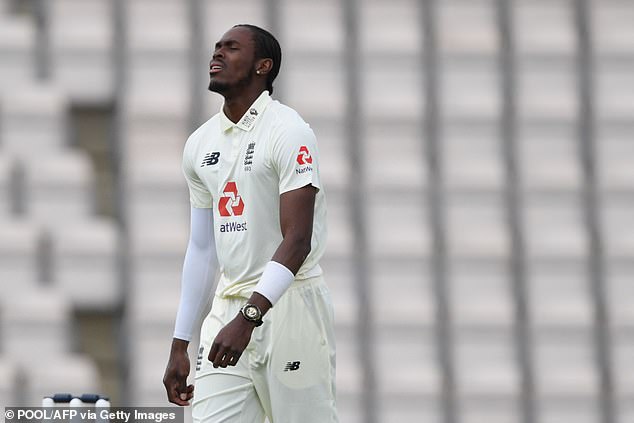 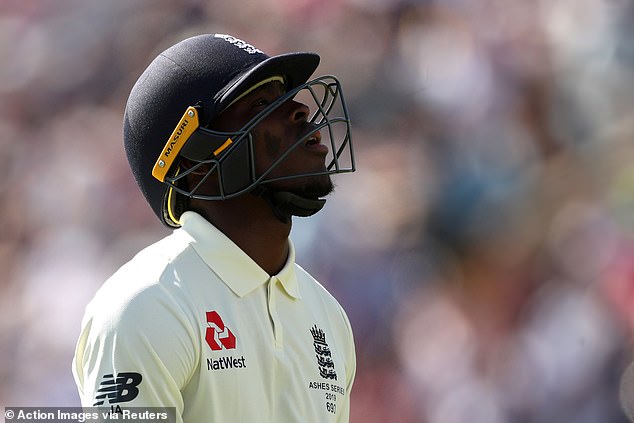