The 25-year-old announced on social media earlier this month that she was leaving Manchester City.

And in an interview with Sky Sports at Lyon’s Groupama Stadium broadcast on Tuesday, Parris said: ‘Ultimately, when Olympique Lyon come in for you, it’s not a team you turn down.

‘After five years the moment has come, to call time on my career as a Manchester City Women’s player…

‘Thanks to the fans for their support over the last 5 years, I’ve given this club everything & won everything trophy domestically possible to win. I knew if I was to turn it down it would be a massive regret.

‘So I’m here, I’ve signed, I’m ready to compete and I know it’s going to be a great journey for me.

‘I’m so excited. It’s the biggest club team in the world for women’s football, and there’s no better way to really kick on my career than to play for this team. 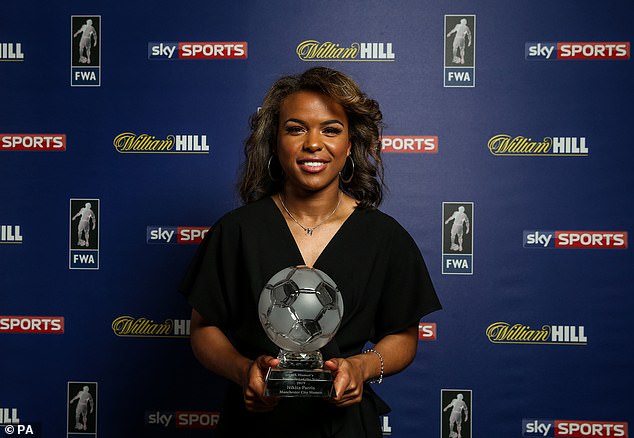 Parris, the 2018-19 FWA Women’s Footballer of the Year, scored 19 goals in the Women’s Super League during the season for a City outfit who finished second in the table behind Arsenal.

City claimed a domestic trophy double, winning the Women’s FA Cup and Continental League Cup, but were knocked out of the Champions League in the last 32 by Atletico Madrid.

‘I’m so excited to play with some of the best players in the world and really show what I can do.’

Lyon’s 4-1 victory over Barcelona in the final saw them crowned European champions for a fourth successive year and sixth time in total.

Parris had been with City since January 2015, initially on loan from Everton. She has scored 11 goals in 32 appearances for England. 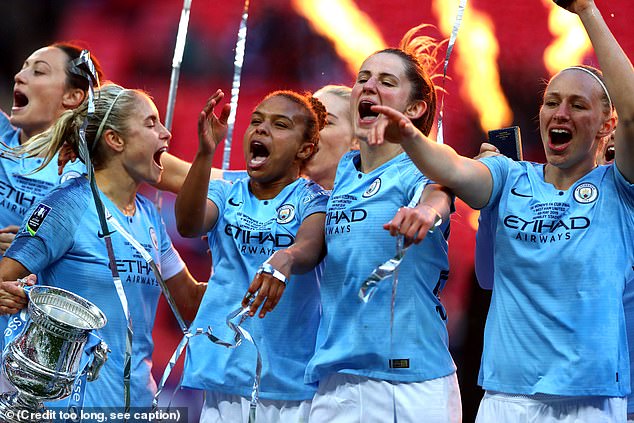