It COULD become a question in years to come: ‘Which Welshman coached England to victory in a World Cup final?’

If all goes to plan in Kolkata on Saturday the answer will be Steve Cooper, a 37-year-old native of Pontypridd whose modest achievements as a player stretched to stints with The New Saints, Rhyl and Bangor City.

Cooper has masterminded England’s dazzling progress to the Under 17 final in India, wooing the local fans with a thrilling brand of football.

They are the most prolific team in the tournament, having scored 18 goals in six games, and when Brazil coach Carlos Amadeu purred: ‘We couldn’t live with them. In terms of quality England were miles ahead of us,’ you know he was talking about something special.

All that stands between England and a first world crown at this level is the same Spain team who beat England in May’s European Championship final in Croatia — albeit on penalties. 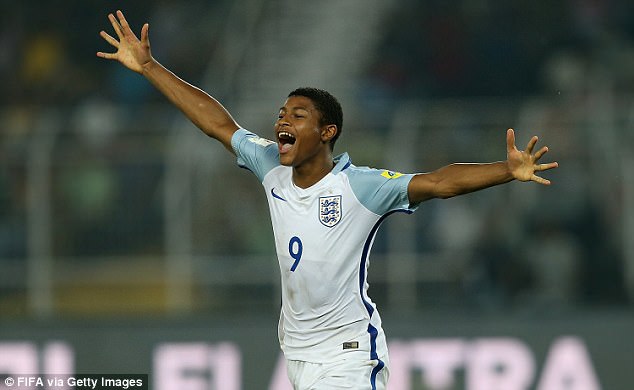 Now why does that sound familiar ?

Another nice little twist of trivia will see Joel Latibeaudiere, born in Armthorpe, Doncaster lead out England, just as a certain Kevin Keegan, also a native of Armthorpe, did at the 1982 World Cup finals in Spain.

‘It’s a tremendous honour, but there will be no nerves,’ said Latibeaudiere. ‘This team really believes in one another, we do everything together as a group, and the whole World Cup experience in India has been amazing.’

Cooper never singles out individuals but knows that Latibeaudiere’s Manchester City colleague Phil Foden has been hailed player of the tournament by many observers. 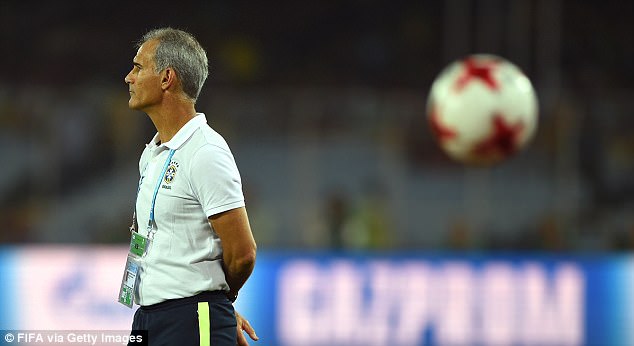 Pep Guardiola was lavish in his praise of the young winger after a senior debut against Manchester United in pre-season.

Rhian Brewster, of Liverpool, has grabbed the headlines with consecutive hat-tricks. Spain’s answer to Brewster is captain Abel Ruiz, top scorer at the Euros and with six goals here, second only to the Englishman’s seven.

His coach, former Spain defender Santi Denia, says: ‘This final won’t just be about those two. There are other great players everywhere on the pitch and England have improved every aspect of their game since the Euros.’

Cooper’s take is: ‘We were fantastic at the Euros and got so close but we don’t look back, only forward. This is a World Cup final. We are excited, we are focused on our own performance, we have technically gifted players and we believe we can win.’ 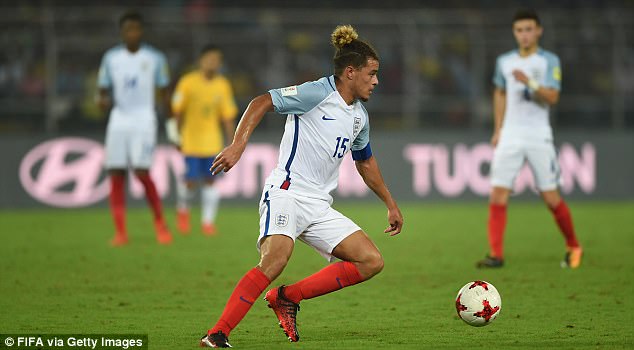