England train for Holland friendly as they prepare for World Cup

Jack Wilshere, Jamie Vardy and Marcus Rashford were among the England stars to train at St George’s Park on Wednesday ahead of their friendly clash with Holland.

The Three Lions face Ronald Koeman’s side in Amsterdam on Friday before a clash with Italy next week.

The friendly fixtures are the latest chance for players to impress ahead of the World Cup finals in Russia – where England face Panama, Tunisia and Belgium in the Group Stages. 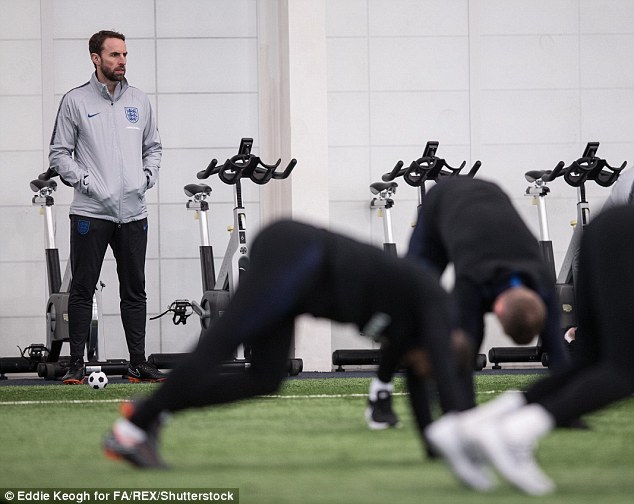 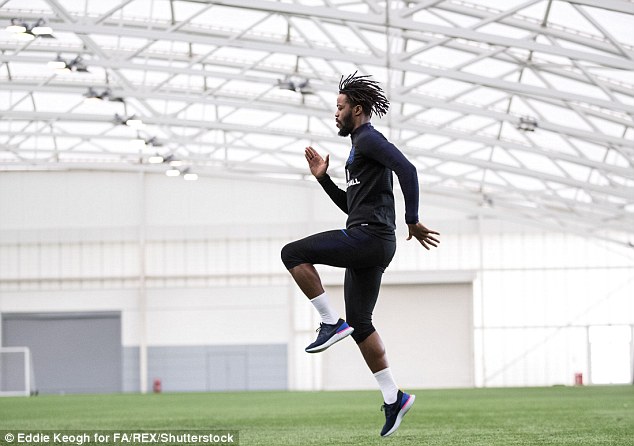 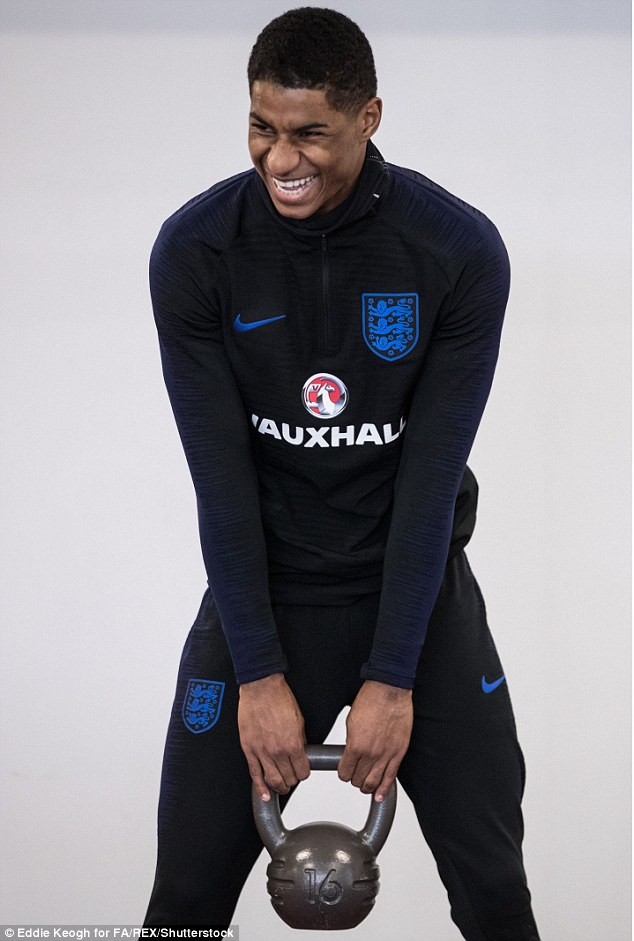 The 23-year-old is believed to have been invited by Southgate as he continues his rehabilitation from a serious knee injury.

The former England Under-21 international suffered the knock shortly after going away with the senior side for the first time.

P.S. The freshly-cleaned boots of England’s stars were laid out at St George’s Park, with most of Southgate’s squad opting for Nike.

This photo also shows the players’ personalised and colourful array of shinpads laid along a bench in the changing room. Among those visible are Jordan Henderson’s (second from right) and Danny Welbeck’s (right). 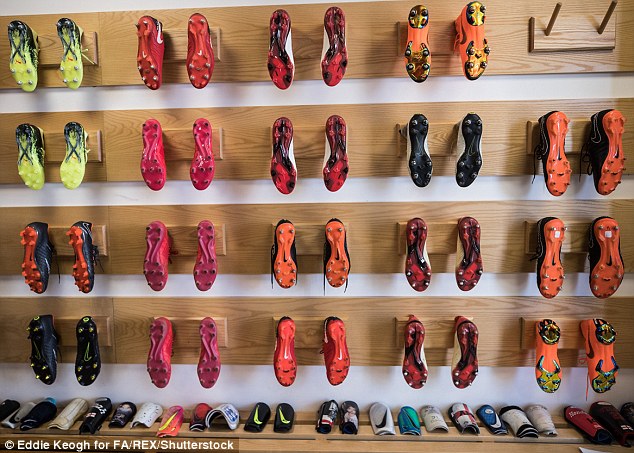