Alex Lees will try to channel his inner Matthew Hayden to make the big score he desperately needs to prove he belongs at the highest level.

Lees has been an obdurate but limited presence at the top of the England order for the last four Tests but, with Brendon McCullum’s new broom of positivity sweeping through the dressing room, he knows he must expand his game to survive.

And he will go back to his youth for an example of how he can play and balance a more attacking approach with the defence that has seen him get starts in all but his first two Test innings without yet going past 31. 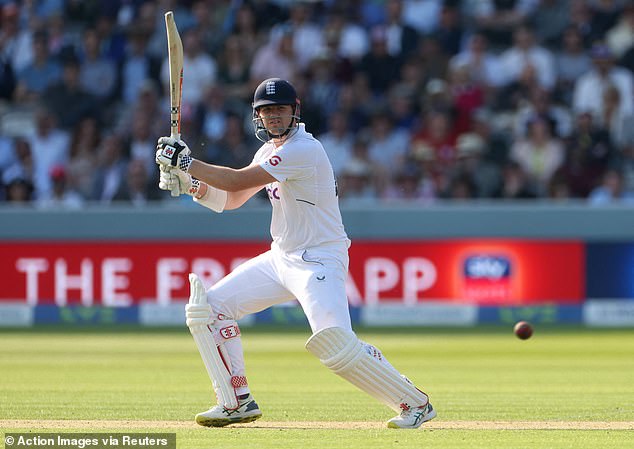 ‘Early on at Yorkshire I played in one gear which was ‘attack’ attack, attack’,’ said Durham’s Lees at Trent Bridge on Wednesday as England trained ahead of Friday’s second Test. ‘But the older you get the wiser you become and you approach things differently.

‘I’ve probably absorbed the pressure more than I used to over the last few years and then some innings when pitches are good I’ve tried to play more aggressively. It’s about, particularly up top, assessing conditions and trying to play accordingly.’

So aggressive was Lees, now 29, when he first made an impact at Headingley that the then Yorkshire coach Jason Gillespie gave him the nickname ‘Haydos’ after his hero Hayden. ‘I’m not sure there are too many similarities to be honest,’ smiled Lees. 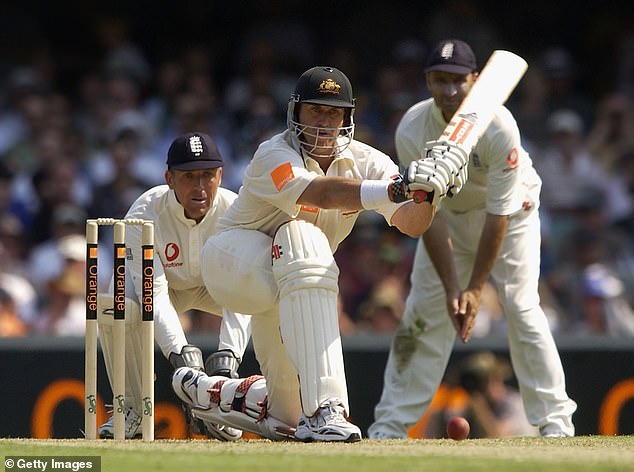 ‘But when I started watching cricket I used to love watching Hayden bat and also Marcus Trescothick. Those powerful left-handed batters who took the game to attacks. I’ve been called a lot worse! I’ll take it..’

The perfect example of the approach Lees is trying to take came in the second innings of the first Test victory over New Zealand at Lord’s when he raced to 20 but then gave it away leaving a ball from Kyle Jamieson that took the top of his off-stump.

‘It was probably the most fluent innings I’ve had to date but I keep getting in and out which is frustrating,’ he said. ‘It was bitter sweet to be praised for getting 20 but I have to take that now and turn it into a substantial innings.

‘You always need to show some worth otherwise you’re not going to keep on getting selected. But the bigger picture for me is playing the way Ben and Brendon want us to do as a team and buy into that ethos. 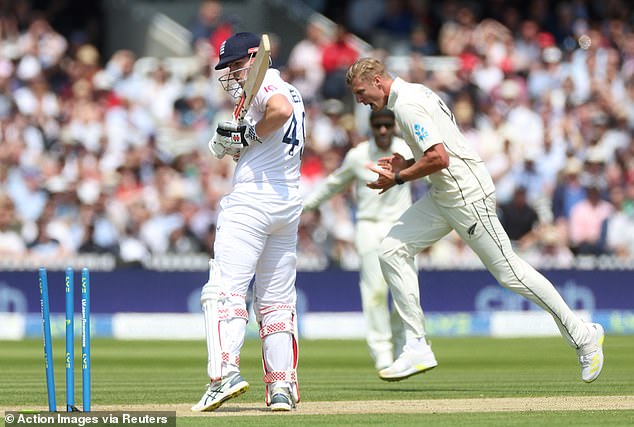 ‘Sometimes it’s about having the courage to go out and do what you want to do. I love playing for England and want to do it for a long time. If I prepare well and do the right things I’m confident it will come good. There’s no reason why I can’t get a big score over the next two games.’

Jack Leach, who suffered a concussion on the first morning of the first Test, played a limited part in training on Wednesday and England will assess on Thursday if he is ready for Friday.

His replacement Matt Parkinson remains with the squad while both the green looking pitch on Wednesday and the history of Trent Bridge means England will consider an all-seam attack. 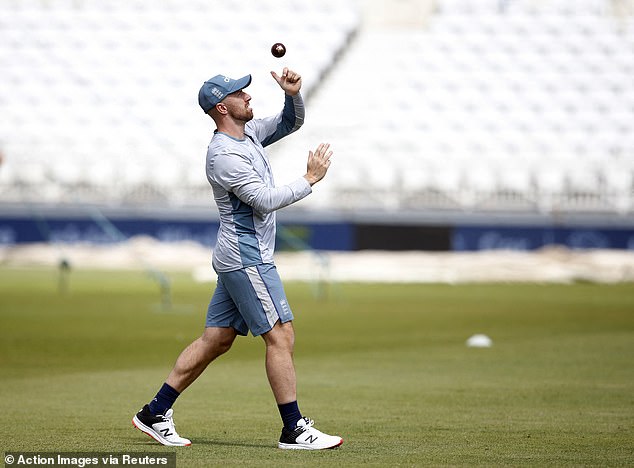 Spinner Jack Leach, who suffered a concussion in the first Test, played a limited part in training