England have made only one change for Friday morning’s second Test against Pakistan at Multan, bringing in fast bowler Mark Wood for the injured Liam Livingstone. It means Ollie Pope keeps the gloves ahead of Ben Foakes after an impressive display behind the stumps at Rawalpindi.

The move weakens the batting, with Ollie Robinson due to come in as high as No 8, but gives Ben Stokes an extra option with the ball, after England at times felt a seamer light during the first Test.

And though Livingstone was unable to bowl his both-ways spin at all in Rawalpindi after picking up a tour-ending knee injury in the field, it means Jack Leach will only be backed up by the part-time off-breaks of Will Jacks – who took six wickets on his Test debut in Pakistan’s first innings – and Joe Root. 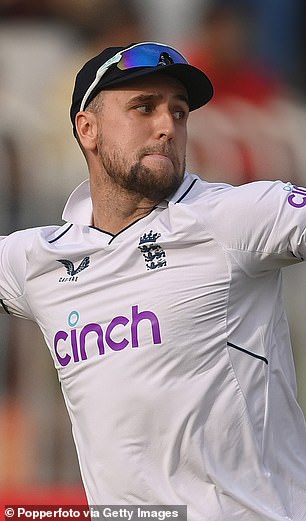 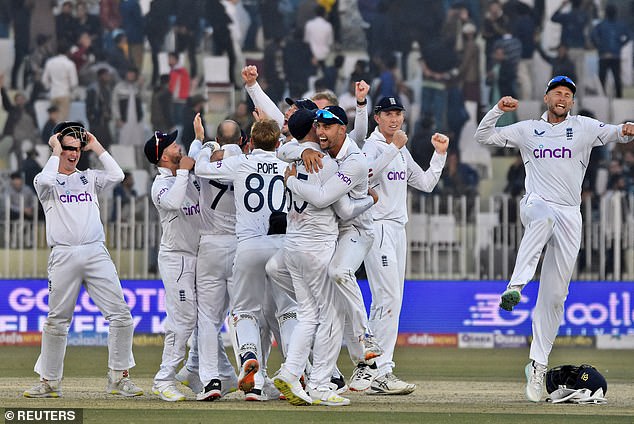 But Stokes insisted that the decision to stick with Pope, who made a century at Rawalpindi as well as holding six catches and completing a stumping, had no longer-term ramifications for Foakes, whom he has previously described as the best wicketkeeper in the world.

Foakes missed out in Rawalpindi after he was the only member of the playing squad not to recover from a bug that had swept through the tourists’ camp and threatened to delay the start of the game. Now, he’s paying the price.

‘The communication to Ben was that the real positive for him to take out of this selection is that it’s just for this Test match,’ said Stokes. ‘Foakesy still is the No 1 gloveman in England, and I’ll still keep saying it that he’s the best keeper in the world. 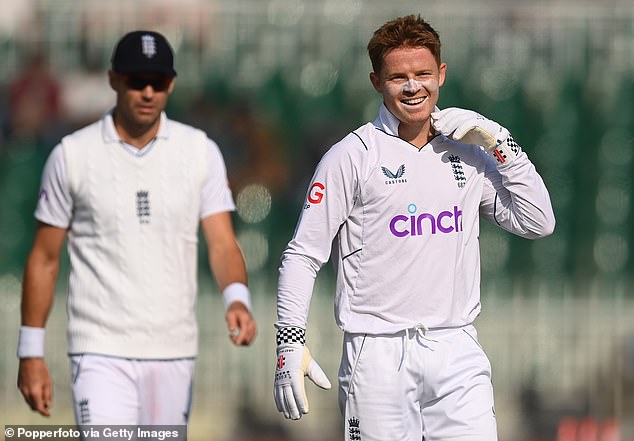 ‘It must sound a bit silly to not be picking him, but you’ve got to look at the conditions we face out here. Pakistan is a very hard place to come and bowl. Adding Mark Wood into the side gives us the best opportunity to take 20 wickets.

‘We want to keep continuing to press the way that we play and we felt bringing Woody into the team was the best opportunity for us to do that out here in this specific Test match.’